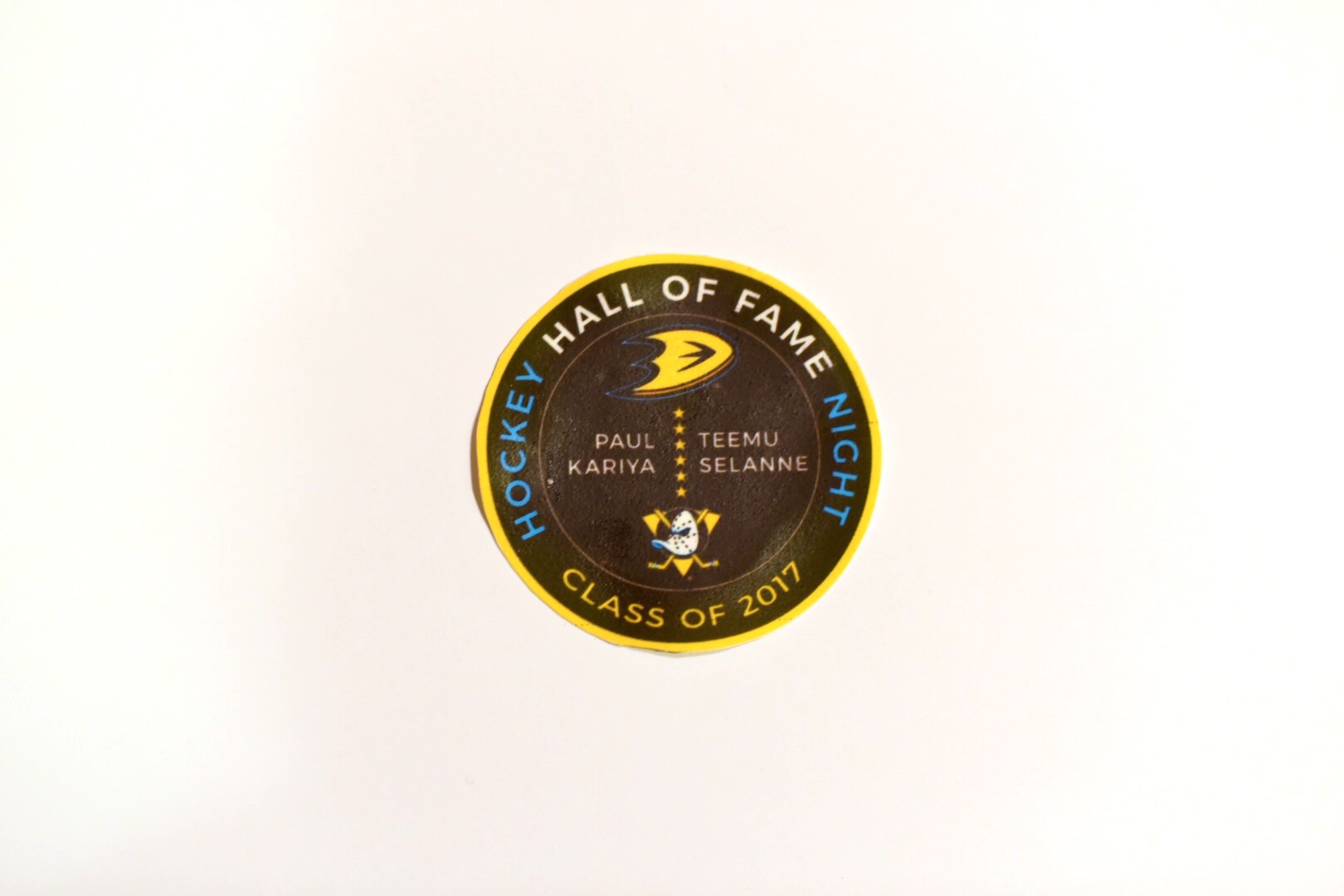 On Teemu Selanne and Paul Kariya’s night, it was a goaltender who stole the show. John Gibson played a fantastic, 50-save game in keeping the Ducks ahead of the Florida Panthers 3-2 Sunday. He was happy about the results after the game, as he should have been, though resigned to just doing his job.

“You don’t have a choice. When you come into a game, you might get 10 or you might get 50. You have to be ready to play every night,” he said after the win.

Some nights, it doesn’t work out quite so well as on this one. Take the prior Sunday night, versus Tampa Bay. He faced 37 shots, let in just two goals, and lost the game, 2-1. No goal support. But he was amazing.

At least on this Sunday, he got some help from his teammates. In fact, they had him up 3-1 until late in the third when, with the Florida goaltender (Luongo) on the bench, the Ducks allowed a second goal.

The pressure in the third period was intense. The Panthers fired 24 shots in the frame. That was the same number they’d fired at Jonathan Quick all of the three periods the afternoon before. They lost that one, too.

For Gibson, it was nothing. He won over Boston, 4-2, last Wednesday with 42 pucks coming his way. What’s up with the Ducks and their porous defense? 43 shots against per game. Yikes.

Gibson has now allowed two goals or less in three consecutive starts. Good thing for the Anaheim team, which moved to 9-7-3 with the win.

Coach Carlyle was vehement in his assessment of what happened. “He was the first star. He saved our butts. We didn’t have a very good outing from a standpoint of management of the puck. We turned the puck over 16 times in the second period alone. We were fortunate that our power play won the special teams battle. We got a stellar performance from out goaltender, simple as that.”

If he got a look at the sheet at the end of the game, he would have been more disappointed. The Ducks lost the attempts blocked and missed shots contests both by the same number: 18-12. They did outhit Florida and outdo them by a bare margin in the faceoffs.

Let’s not forget that this team is without most of its key players, still. But I’ve detailed that so often it’s enough to say go back and read the earlier stories. Getzlaf, Fowler, Miller (like they need anyone else on the planet in net with Gibson playing like he is), Eaves, Kesler. They also were without Lindholm for a game this week. He was back versus the Panthers.

The guys from the other team certainly appreciated the effort of the goalie. Florida’s Keith Yandle commented, “We’re running into hot goalies. We are getting opportunities and it comes down to a couple bounces here and there. I thought our effort was great and we played hard. It’s never fun losing.”

The other night against the Lightning, it was a dispirited Gibson who didn’t come out to talk after the game. On this night, with a victory, his seventh of the year, he available, acting like his normal self, which is reserved, aloof almost.

The Ducks now must play five games in seven days, but they’ve had a light schedule over the past week. Gibson said, “It was fine (to rest) but we have to pay for it right now. We’ve got to make sure we get points.” He was not willing to characterize the hockey he’s playing right now as some of the best of his career. “It’s tough to say,” he remarked. “I’m just going out there and playing.”

The coach added further in his comments, “Obviously, Gibby was the first star.” Carlyle said, “We got a stellar performance from our goaltender. Simple as that.”

Carlyle put the recent action, and what’s to come, into perspective. “We’ve only had one game this week, and it showed. We were very rusty with the puck. And, uh, we’re going to have to play a lot better. What we know is that with Gibson, or whether it was Miller or Reto Berra, they’ve given us quality goaltending. To tax our goaltender to the level we taxed him tonight is unfair to him. And ,uh, yes, we’ve had a lot of practice time and a lot of down time as per se, but now we’re going to get into the meat of the schedule. There’s going to be a lot of hockey played over the next little while, so we’re going to have to clean up our game in a bunch of different ways to not put so much pressure on our goaltender to play like he had to tonight.”

The Samuelis, the Ducks’ owners, present Selanne and Kariya with gold pucks before the game to commemorate their HHOF inductions last Monday. Henry Samueli said that Selanne’s sweater looked lonely in the rafters alone. But then he retracted the seeming suggestion that Kariya’s should go there. He’s right. Giguere is way more a candidate. The Scott Niedermayer, as Kariya himself later suggested in a between-periods interview.