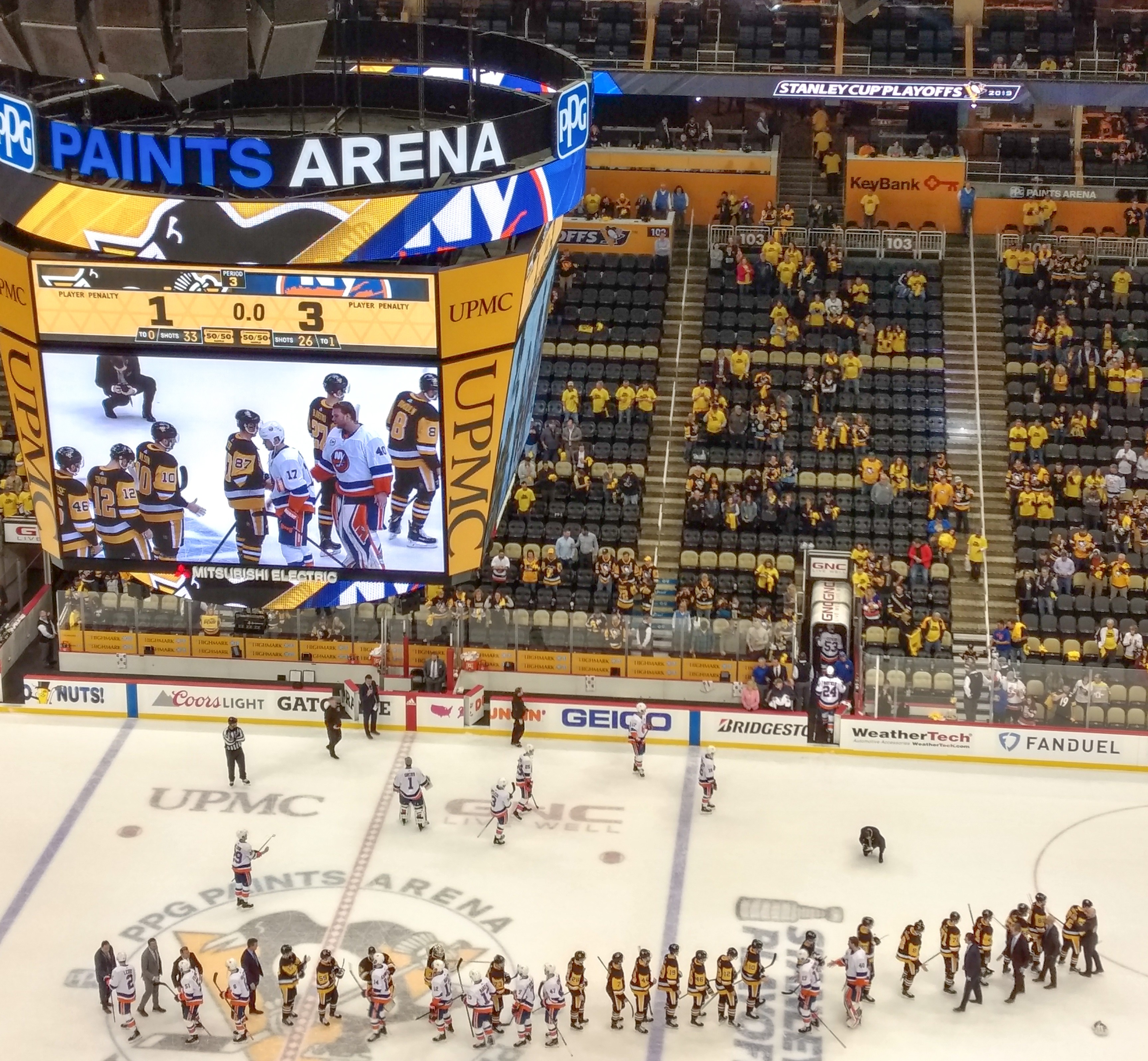 The Penguins’ top-line pair of Sidney Crosby and Jake Guentzel, held off the scoresheet throughout this series so far by the Islanders’ suffocating fourth line, were reunited with Jared McCann and finally broke through. Guentzel, a 40-goal scorer in the regular season, connected on the first shot of the game to give the Penguins a 1-0 lead, just 35 seconds in.

Since @jakenbake20 entered the NHL, no player has more playoff goals.

But the Penguins were never able to score consecutive goals in this series, and defensive lapses leading to quick Islanders responses have been a problem. At 2:09, Pittsburgh defenseman Kris Letang got burned on an ill-advised pinch and New York’s Jordan Eberle cashed in with his fourth goal of the series.

“It’s disappointing because it seemed like that was the case the whole series,” head coach Mike Sullivan said. “Every time we scored, we’d get some momentum and we’d give it back shortly thereafter.

“It was something we talked a lot about before the series started, because we knew the type of game they were going to play and what we were up against. We talked about having patience with our game and taking what the game gives us, making better decisions with the puck so we don’t put ourselves in some difficult circumstances. Unfortunately, we put ourselves in some difficult circumstances.”

When the Penguins fumbled their defensive coverage around the Islanders’ net late in the first period, giving Brock Nelson his third goal of the series and the Isles a 2-1 lead, the outcome of this game – and with it, the series – seemed clear.

Brock Nelson gives the @NYIslanders the lead late in the first.

Watch more on @NBCSN or stream it here: https://t.co/71R36CO138 pic.twitter.com/wOBrlXYP4g

The Pittsburgh Penguins, who scored the sixth-most goals in the NHL this season with an average of 3.30 per game, simply weren’t going to score. In four games, they scored just six goals and allowed 14.

The Penguins had chances, in theory. They drove even-strength possession 56.38% of the time – most of that in the first two periods, as the Islanders shut the door with a dominant third – but never got time or space to do much with the puck. They had three power-play opportunities, but shots were few and far between as New York made them come back 200 feet over and over again. They had 33 shots on goal, with most of those low-percentage chances from nowhere near the net. 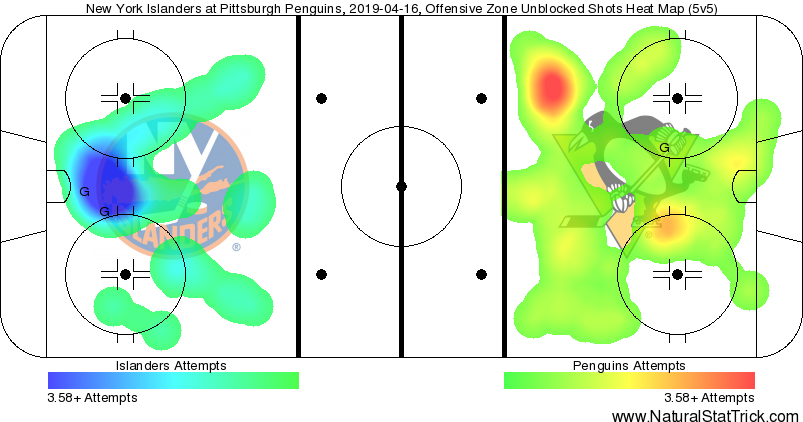 “Remember when we played against Boston [in the 2013 Eastern Conference Final] and we lost 4-0; this was same,” said Evgeni Malkin, one of the more productive Penguins with three points (1G, 2A) in the series. “They play hard in D zone, 1-on-1. We tried so hard. I think it’s the best game tonight all series, and we still score one goal.

“Every game [was] close; it’s small details. I think it’s only that they’re a little bit hungrier. They’re blocking shots; they forecheck, backcheck. It looks like they want more to win.”

“We knew what to expect,” Crosby said. “They were going to try to force us into making mistakes and capitalizing, and we knew they were comfortable playing low-scoring games. You look at tonight, some of those chances are usually automatic for us – open nets hit posts, and that’s the kind of game that allows them to hang around, and they get a couple odd-man rushes and they bury them. That’s how fine the line is in the playoffs and, unfortunately, we were on the wrong side of those.”

All that was left for the Penguins was a 6-on-5 attempt with goaltender Matt Murray pulled, an empty-net goal for the Islanders’ Josh Bailey, and the post-series handshake line.

“Just disappointing,” Crosby said. “We felt good about our game coming into the playoffs; we were playing some good hockey and then got off to a rough start [on Long Island], but still felt like we had a chance coming home. Playoffs [are] about execution and limiting your mistakes, and we didn’t execute well and made a few more mistakes than they did.

“And, personally, I’ve got to be better. I’ve got to find a way to produce and contribute and help us win and I didn’t do that. For how well we finished the year and the things we played through to get ourselves into this position, it’s going to be hard to sit on this one for a while.”

The Penguins will have a much longer summer than usual to sit on this loss, after they reconvene to clean out their lockers later this week. And, as is often the case when a team fails to live up to expectations, the personnel in that room is likely to look a little different next year.

“You know, you would think that,” Phil Kessel said. “We lost two years in a row. We’ll see what happens.”

“I still believe the future’s bright for the organization; there’s some pretty special players here,” said Matt Cullen, who’s likely to retire after this season. “This particular group, we just weren’t able to get it done.”

“We win as a group and we lose as a group, so we’re all a part of it,” Sullivan said. “We’ve all got to take responsibility. It’s disappointing. We had high expectations of this team; we believe we had good players and we had the potential to be a good team. We obviously did not play well enough to win.”