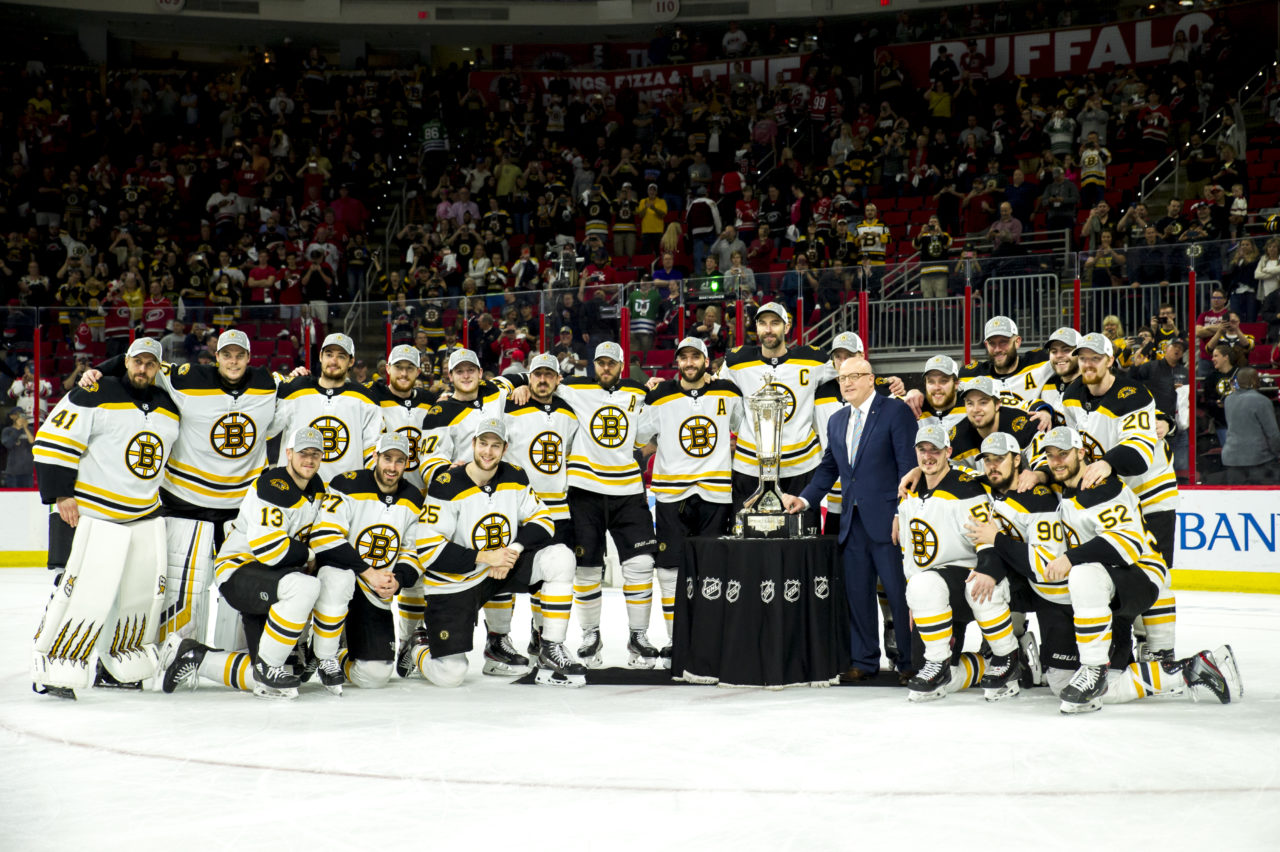 It is time for a trip down memory lane…

When David Backes signed with the Boston Bruins as a free agent during the summer of 2016, few entertained the possibility of this deal working out as well as it did.

Grant it, at the time of the signing the deal was absurd; Backes signed with the Black and Gold for five years at $6 million per season. Also, Backes has had his peaks and valleys with this team during his tenure. The 35-year-old forward posted 31 goals and 71 total points in his first two seasons with the Bruins, and has also served as an alternative captain.

Unfortunately, those highs have also come with a fair amount of position changes, healthy scratches, and injuries.

However, if someone were to tell Backes that all of that would come in exchange for the chance to compete for the greatest trophy in all of sports, he would be fully supportive. Everything truly does happen for a reason.

After 13 long years in the National Hockey League, the Minneapolis, Minnesota native will finally be playing in the Stanley Cup Finals. The closest that Backes had ever come to making it this far in the playoffs was back in 2016 when his team lost in six games in the Western Conference Finals to the San Jose Sharks.

Who was his former team, one might ask? That would be the St. Louis Blues, which just so happens to be the same team that the B’s will be taking on for the Stanley Cup.

Now, that part of the story has been covered substantially over the last several days and there is no need to add to the overblown narrative of “destiny” that comes with the story. There was no ill will towards Backes or the Blues organization when he left via free agency, he served as the captain of the team for five years, and had left the city of St. Louis with established roots.

The respect is mutual. That will never be in doubt.

The part of the story that should be talked about more is that a true professional of the sport finally gets his crack at the top prize after all this time. He plays the game the right way, and is well respected both on the ice and inside the locker room. This may be Backes’ only shot to hoist the Cup, so he will do whatever it takes to contribute on a nightly basis to make that happen. The fact that he might do it against the Blues—his former team—is just a coincidence.

Speaking of the Blues, let’s take a look at how they got here:

Back on the morning of January 3, 2019, the Blues had the worst record in the NHL. Presently, they are four victories away from winning it all after going 38-19-6 and recording 65 points since that dreadful winter day. Sparked by a defensive-accountability game plan by head coach Craig Berube and 25-year-old rookie goaltender Jordan Binnington, St. Louis snapped its lengthy Cup Finals drought that spanned all the way back to 1970.

From the Bruins perspective, head coach Bruce Cassidy was quoted earlier in the week as saying that the Blues are “like our twin.”

We can debate just how accurate that statement really is, but as an oversimplification, the Bruins and Blues are similar. Both teams have solid forward depth that can produce offensively. Just to give a brief glance at just how evenly balanced these two teams are at the forward position, the Bruins’ top trio of Brad Marchand, Patrice Bergeron, and David Pastrnak have combined for 46 points during the 2018-19 playoffs; the Blues top trio of Jaden Schwartz, Brayden Schenn, and Vladimir Tarasenko have combined for 36 points this postseason.

By comparison, the Bruins fourth line and the Blues fourth line have 11 and 17 points respectively. Going one step further, the center combination of Ryan O’Reilly and Tyler Bozak for St. Louis has recorded 24 total points while David Krejci and Charlie Coyle have 26 total points for Boston. It is safe to say that all four lines from each team will be a factor in this series.

When it comes to defense, both teams have blue liners that can move the puck effectively. However, the Blues have the size advantage in that area, so manning the defensive zone might be a more difficult task for the Bruins.

The one constant for the Bruins during this playoff run has been the stellar play of Tuukka Rask. Through 17 games in the Stanley Cup playoffs this year, Rask has posted a record of 12-5 with a 1.84 goals against average and a .942 save percentage, including two shutouts. He will surely be the Conn Smythe Trophy winner should the Bruins win the series because his play has been outstanding. Binnington has struggled at times during his team’s run through the playoffs, so it would not be a surprise if he started to show his age and inexperience under the bright lights of the Cup Finals.

Regardless, we all should anticipate a highly competitive series that will span into the month of June. Four more wins separate either the Bruins or the Blues from hockey immortality. The drama of how it all plays out will be riveting.