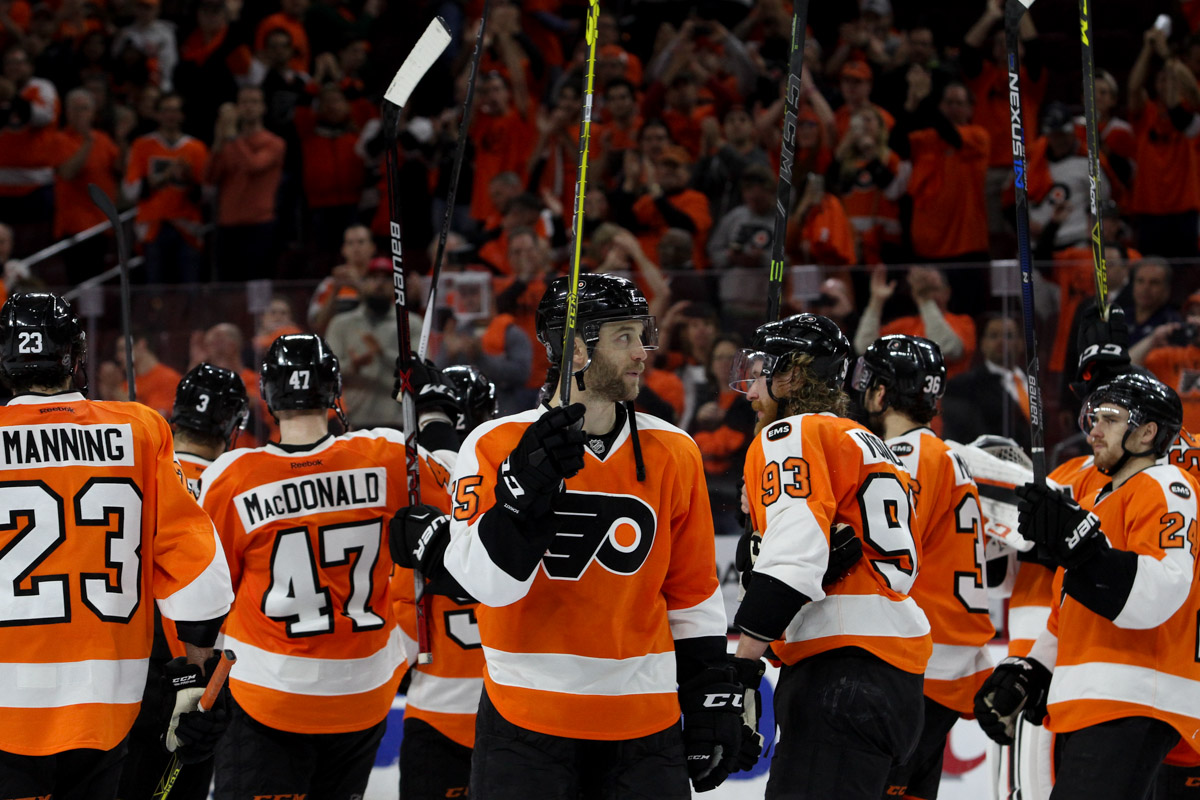 After just squeaking into the final Wild Card spot with 2 games left in the season, and getting dealt the Presidents’ Trophy-winning Washington Capitals led by superstar Alexander Ovechkin in the first round, hoping for a miracle could have been one way of putting the Flyers chances in the opening round of the playoffs.

Sunday afternoon marked the end of a rollercoaster season for the Philadelphia Flyers. After digging itself in a 3-0 hole to the league’s best team, the Flyers could not complete the insurmountable task of winning 4 straight games against the Washington Capitals. Per The Puck Report, through 2015, only 4 times in 181 tries (2.2%) has a team come back to win a series down 3-0 in the playoffs. The Philadelphia Flyers were one of those 4 teams when it came back to beat the Boston Bruins in the 2010 Eastern Conference Final.  It was not as fortunate this time around.

The Capitals offense was simply too much for a Flyers team that has some talented players, but just doesn’t have the same firepower to match the Ovechkin led first place team. Lack of offense and goaltending woes in the first half of the series dug the Flyers into a hole that was impossible to climb out of.

The outstanding play by Flyers backup goalie Michal Neuvirth was the only reason this wasn’t a 4-game sweep. Neuvirth replaced Steve Mason in game 4 after Mason gave up a total of 12 goals in Games 1,2, & 3. Neuvirth stopped 28 of 29 shots in the 1-0 loss and series clincher on Sunday. He gave up just two goals in the three games he played in the series, stopping 103 of 105 shots and finished the series with a 0.67 GAA and a .981 save percentage in the last three games of the series.

Philadelphia averaged 1 goal per game for the series. Stats like that aren’t going to beat any team in an NHL playoff series. When deciding to swap Mason for Neuvirth before Game 4, Flyers coach Dave Hakstol had confidence in the veteran backup:

“I think it’s a good time for a change for our team going into this game,” he said. “I believe Nuevy is the guy who can go in for us in this situation and do a great job.”

Neuvirth played so well in the last 3 games that he has earned national attention and could spark a goalie controversy heading into next season. He was asked after the game about his team’s path to the playoffs and what positives the team can reflect upon heading into the offseason:

“I think a lot,” he said. “It is a lot of young guys on this team who have never played in the playoffs before so it is good experience for them. You know, we played the best team in the league after the regular season, and like I said we gave our best and it wasn’t enough.”

The Flyers first line consisting of Brayden Schenn, Claude Giroux, and Wayne Simmonds, who combined for 80 goals and 106 assists in the regular season combined for 0 goals and 5 total points in the 6-game series.

Flyers captain Claude Giroux was asked about his play throughout the series and gave a brutally honest answer:

“Not good enough,” he said. “You know, I’m pretty frustrated with myself. Gotta find a way, doesn’t matter how it is. You gotta find a way.”

An obviously frustrated Wayne Simmonds was asked if he’ll look back on this season as a missed opportunity:

At the end of another first-round knockout, the Flyers have some positives to be happy about moving forward. The team and the league saw the emergence of rookie defenseman Shayne Gostisbehere who finished the season ranked 5th on the team in points while playing in only 64 games after being called up from the Lehigh Valley Phantoms on November 14th.

Also, every casual hockey fan now knows the name “Michal Neuvirth” who can be a big piece of the Flyers in the future.

The Flyers finished the season with a 41-27-14 record, giving it the 16th best record in the league of 30 teams. With the Flyers being eliminated from the first round for the second time in 3 years (it did not make the playoffs last season), the team can currently be defined as mediocre at best. General Manager Ron Hextall and Head Coach Dave Hakstol will have a lot of work ahead of them going into the offseason to reshape and retool a team that needs to break from the middle of the pact and ascend upwards to keep the fans happy and to keep their jobs for the foreseeable future.

The Washington Capitals will now move on to play the Pittsburgh Penguins in round 2. The dates and times of the games have yet to be determined as of this posting. It will be only the second time Ovechkin and Crosby have faced each other in the Stanley Cup playoffs. In the spring of 2009, the Penguins defeated the Capitals 4-3 in the semifinals and went on to win the Cup.