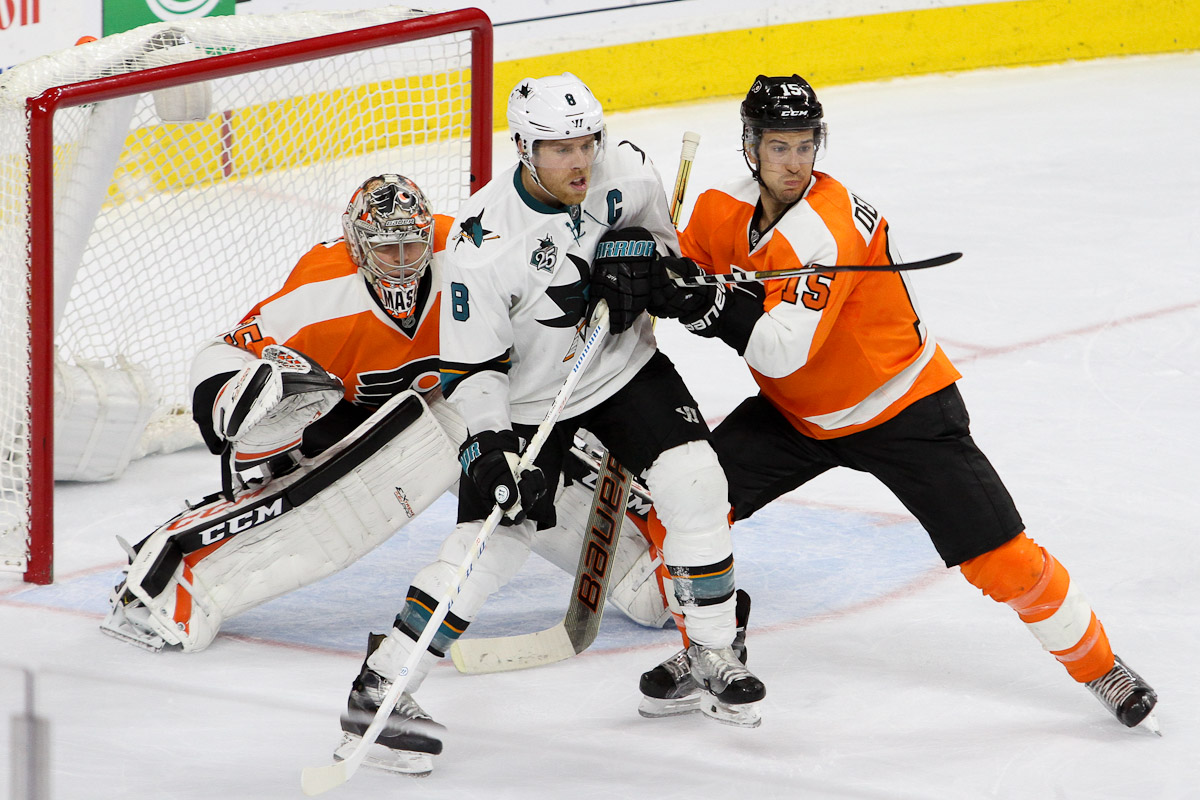 Every NHL team produces a high amount of intrigue heading into the NHL Draft, but no team is surrounded by the same infamous level of entertainment than the Philadelphia Flyers year-in and year-out.

This season the Flyers front office chose to forgo the blockbuster trade and use their own picks to acquire a slew of solid blue-liners­ to fill a necessity for the future.

Philadelphia used their first round pick, the 11th overall, on 6-foot-6 defenseman Samuel Morin from Rimouski Oceanic of the GMJHL. Morin will be gauged endlessly against Philadelphia defenseman Chris Pronger in his progressive development through the Flyers system, but there is no measuring stick needed to see the kid is fully equipped for the Philadelphia brand of hockey. The Quebec native is a hardnosed, stay-at-home defenseman who knows when to drop the mitts. He’ll shut them down and knock them down; he has the 117 penalty minutes last season to prove it.

Philly added versatile defensive depth with the second round pick of Swedish puck-moving-defender Robert Hagg. The 6-foot-2 mobile blue-liner isn’t NHL ready quite yet, but the upside of a player who thrives with the puck on his stick and good shoot in his arsenal is a promising prospect for the future. Hagg was a solid get in the second round. Hagg was ranked higher in projections than first round selection Morin.

The 5th and 7th round picks were utilized on another pair of backenders: Terrance Amorosa from New Hampshire and David Drake from Des Moines of the USHL.

The lone forward selection came with the pick of winger Tyrell Goulbourne in round three. Goulbourne is gritty player valued more for his toughness and character than his offensive prowess. The winger from Kelowna of the WHL was a surprise pick at the 71st pick considering he is classified as a tough guy. The Flyers have a plethora of young talented forwards, allowing for some unconventional depth moves, but a lot of talent was on the board at the time of the pick which makes the selection questionable.

As expected, Flyers management rounded out their draft with a goal tender. Future Harvard player Merrick Madsen is headed into the Orange and Black system which is always in search of the next heir apparent between the pipes.

General Manager Paul Holmgren was a popular person on the draft floor Sunday. The GM took the time to speak at length, sometimes multiple times, with a handful of opposing general managers. Nothing came to fruition on Sunday, but it appears Holmgren may be waiting to make the usual big splash moves when free agency opens on Friday.