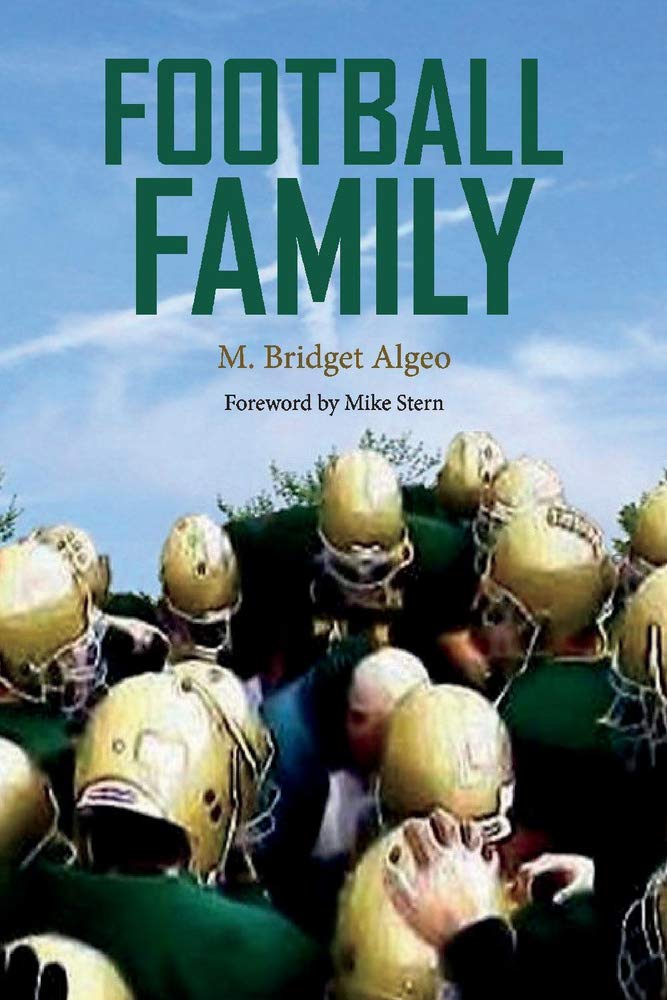 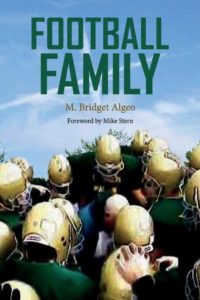 Dan Algeo would’ve loved the Flyers’ recent November to remember as they went 10-2-4 to post a league best 24 points and tie the franchise record for most points in the year’s 11th month. The former Philadelphia-area Cardinal O’Hara head football coach, who died of a heart attack at the too-young age of 49 in 2014, had been a fan or the orange and black back from when he was in middle school.

Young Dan had the uncanny ability to engage me – a local sportswriter – and virtually any other adultin conversation about Flyers hockey, Eagles football, and the Lansdale Catholic High School Crusaders for whom his father, Jim Algeo, Sr. was head coach. In addition, his older brother, Jim, Jr. led the team to a championship his senior year in 1978.

Dan Algeo remained true to the Flyers throughout his life while becoming the only head coach in the annals of Philly sports to lead two different Catholic League schools to circuit championships at O’Hara and Philadelphia Roman Catholic High Schools. He could easily draw a parallel between the skills, intensity and preparation required for success in hockey and football.

A much beloved coach and teacher who had a profound impact on literally thousands of young lives, Dan was also celebrated as a firm proponent of faith and family. He was one of nine children who were raised by Coach Algeo and his wife, Mary Margaret “Mickey” Algeo, who was called home by the Lord this past November 15.

Dan’s untimely passing drew major local media coverage on and shortly after July 3, 2014. Fortunately, his life is again being recalled and celebrated as part of the recently released memoir – Football Family (BookBaby) – that was artfully written by his older sister, M. Bridget Algeo.

An entire chapter is devoted to Dan beginning on page 176 of the work and entitled Our Heartbreak. It chronicles the three-day period during which the Algeo family dealt with the untimely death of a loved and revered one, and how hundreds of relatives and friends converged on their home, in the Lansdale Catholic and Cardinal O’Hara communities, and at Saint Stanislaus Catholic Church in Lansdale, a suburb of Phildelphia to celebrate Dan’s life.

Football Family celebrates scholastic football, and could very well sing the praises of how hockey, or basketball, or soccer or baseball (or any other sport or artistic endeavor) can be at the epicenter of a large family supporting its parent and coach, boosting each other, and serving their various communities.

As previously mentioned, I was the beat writer of Lansdale Catholic athletics for The Reporter (then known as The North Penn Reporter) from 1977-81, when I left to accept the position of Media Relations Director for the Fort Worth Texans Hockey Team in north Texas.

My position enabled me to cover the legendary coach, in addition to many of his children’s athletics exploits. I am proud to say that I also became friendly with the family away from the football and baseball fields and basketball court.

More than 40 years later, my bond with the family is so strong that author M. Bridget Algeo, the fifth oldest of Jim and Mickey Algeo’s nine children who grew up in Lansdale’s west ward, asked me to write the foreword to her moving memoir. This emotive, joyful work is available at Amazon and Barnes & Noble. The print version is $16.99, and the E-book is $9.99, plus shipping.

I was more than thrilled to “tackle” this assignment, because Coach Algeo made a lasting impact on me. For example, I learned a great deal about the intricacies of organized football during my days at The Reporter by asking a multitude of questions. I also saw first-hand the positive and long-lasting effect he had on countless student athletes at Lansdale Catholic High School by combining a sense of urgency with patience. He could successfully use his unbridled passion with a fatherly arm around the shoulder, and a gruff, intimidating growl with the soft voice of one-on-one teaching.

I was extremely amazed that Jim Algeo, Sr. could maintain his patience and remain in control while – at the same time – explosively emote with a strong passion for teaching. As an example, I recall him tutoring a player about a blocking, then a tackling technique as he yelped at an individual who was struggling to perform that task. Then he would quietly encourage that same individual. In addition to making me a better football writer, it also provided me with a successful approach to teaching, one that helped me years later when I made the transition from the business world into a middle and high school English Language Arts instructor.

Football Family is a 289-page emotional, colorful, fast-paced and extremely well-written football and faith based recollection of the Algeo family and the unique Rare Breed mindset of toughness, determination and commitment made by student athletes and coaches involved with the Crusaders’ football program.

In addition to hundreds of student athletes, Coach Algeo mentored all three of his sons on the gridiron, while his daughters assisted the program as scorekeepers, statisticians, etc. The young Algeo ladies also pursed their own achievements in other sports such as basketball and lacrosse.

This wild roller coaster of a ride reflects what makes this “football family” so unique – particularly their ability to remain close while jubilantly sharing triumph as well as remaining emotionally dependent upon one another in the stark face of horrible tragedy.

And, each family member has become an outstanding teacher, coach, and/or an active community contributor who is proud to serve others. They have touched and continue to positively impact (through the Algeos’ children and grandchildren) so many others’ lives to make a profound, lasting and positive impact on literally tens of thousands of young people across three generations.

This work is a true celebration of a devout Catholic man who realized that God’s plan for him was to serve others not as a person of the cloth, but as a giving, loving individual who used other types of “pulpits”…..in the classroom (where he taught Economics, Accounting, and Personal Finance), on the gridiron, and in the community to make a significant difference in peoples’ lives.

I have seen first-hand how Coach Algeo made a profound impact on his student athletes, helping them to become successful throughout their high school careers, and on into their college years and adult careers. As a result, he has earned  and has been recognized with a multitude of impressive honors that are well documented in Football Family.

For example, the same year his 2004 Lansdale Catholic Crusaders gave the local area something significant to celebrate, he was inducted into the Pennsylvania Football Coaches Association Hall of Fame.  His 295 victories in 44 years at Lansdale Catholic rank Coach Algeo among the top 20 coaches in the entire state of Pennsylvania.

Football Family pays homage to each of the students who practiced and played football under Coach Algeo’s sometimes harsh and emotive, oftimes father-like and reassuring leadership and guidance. In fact, each player’s name is listed by year from 1968 through 2011.

In addition to the players, Ms. Algeo spotlights the multitude of assistant football coaches who have served student-athletes, as well as the Three Green Fields adjacent to the school where the team continues to practice. She proudly celebrates her family’s rich Irish-Catholic and Irish-American heritages through their unwavering support, an inclusiveness that extends to non-family members, and musically-propelled celebrations and gatherings.

A lacrosse player at Ursinus College who was a member of the school’s 1989 NCAA Division II championship team, Ms. Algeo recalls her most memorable and favorite sports films as a means of introducing certain anecdotes and topics. She bookmarks the passage of time through a multi generation roller coaster ride by reminding us what a home or a dozen eggs were selling for during the year in question.