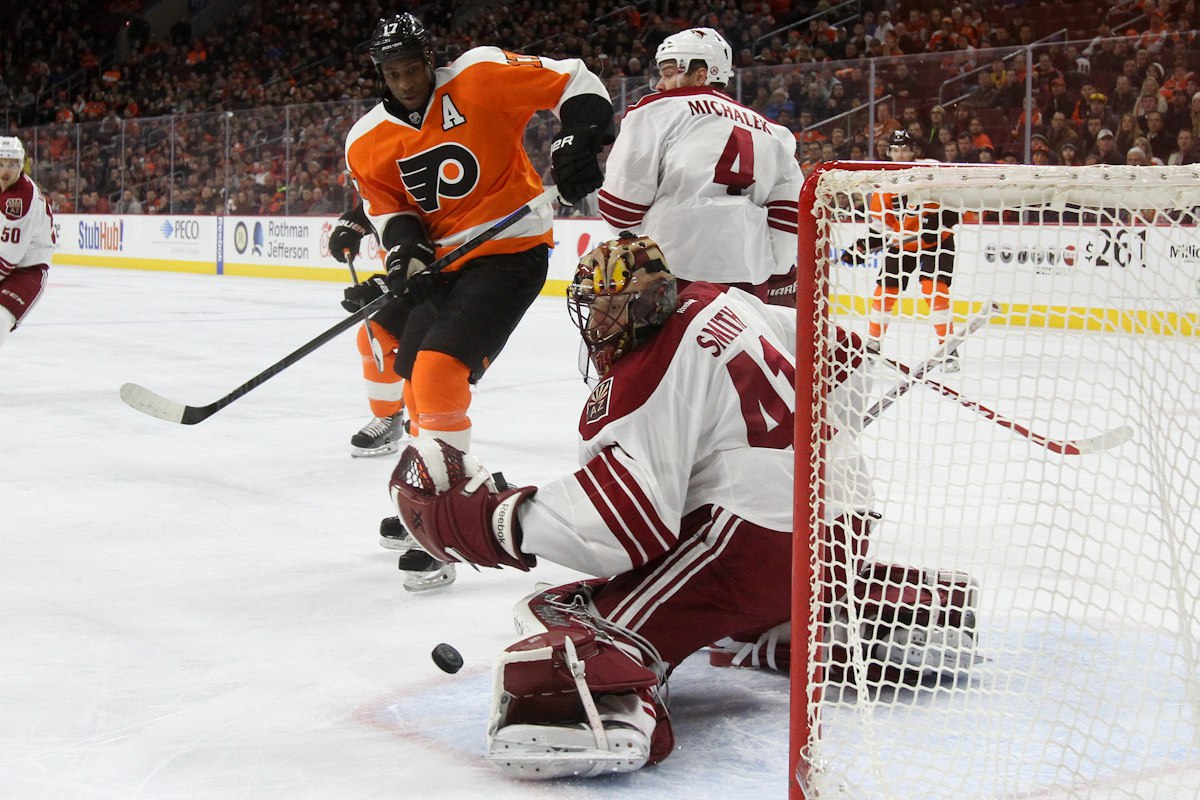 Phoenix came into Vancouver splitting its first two games in the Canadian road trip. This would have been a perfect opportunity for a team that is just behind their opponent in the playoff race for a wild card spot to make some noise.

Everything went their way in the first 60 minutes. The Coyotes managed to tie the game twice. Antoine Vermette earned his second hat trick of the season, and the third of his career. Shots were coming in left and right from an offense who had been quiet recently.

It was a perfect way for Phoenix to catch up in the standings. The only thing missing was earning that second point.

Kevin Bieksa’s wrist shot just went through Mike Smith as he was tripped up 2:15 into overtime, giving the Vancouver Canucks a 5-4 victory, and an extra point to widen the gap in the wild card standings in the Western Conference.

Even with the loss, Phoenix looked like a team that is in heavy contention to fight near the end. Here are a few things we had learned after the loss to Vancouver:

With the Coyotes roster now at full health, they now have an opportunity to switch up their line a lot more frequently. In the last 7 games, the Coyotes have only allowed five power play goals in the last 37 opportunities. They also became the last team to score a shorthanded goal against Toronto, as well as earning another one in Calgary.

In the loss to Vancouver, Michalek was the prime reason the Canucks did not get anything with a man advantage. In the last two games he has played well over 25 minutes, with most of the ice time coming shorthanded. Their last time they were shorthanded Michalek played the entire two minutes on the power play, and even though they were only able to clear the puck once, his presence on the ice was big.

3. Antoine Vermette needs to be used much more often.

A quiet Vermette means a quiet offense. Last night was the first time Phoenix managed to score more than three goals in nearly a month, and with Vermette being an integral part of the offense and picking up the hat trick, sparks flew quickly. He does lead the team in goals with 18, but he is beginning to make up for what was a quiet December, scoring in four of the last six games.

4. Phoenix is still trying to come from behind.

It has been the same story line since the beginning of the season. The Coyotes are 6-10-4 when trailing first, a stat that has come to haunt them since November. They are beginning to learn once again how to come back, but doing this late in the season could be a negative benefactor.

5. Phoenix knows each game is important.

Even with the loss to Vancouver, they are relieved at least to snag a point with the overtime loss. A five game homestand now awaits them, with four of the five teams coming to the desert in heavy contention to be atop their respective conferences. The festivities begin as they host the Los Angeles Kings this Tuesday.