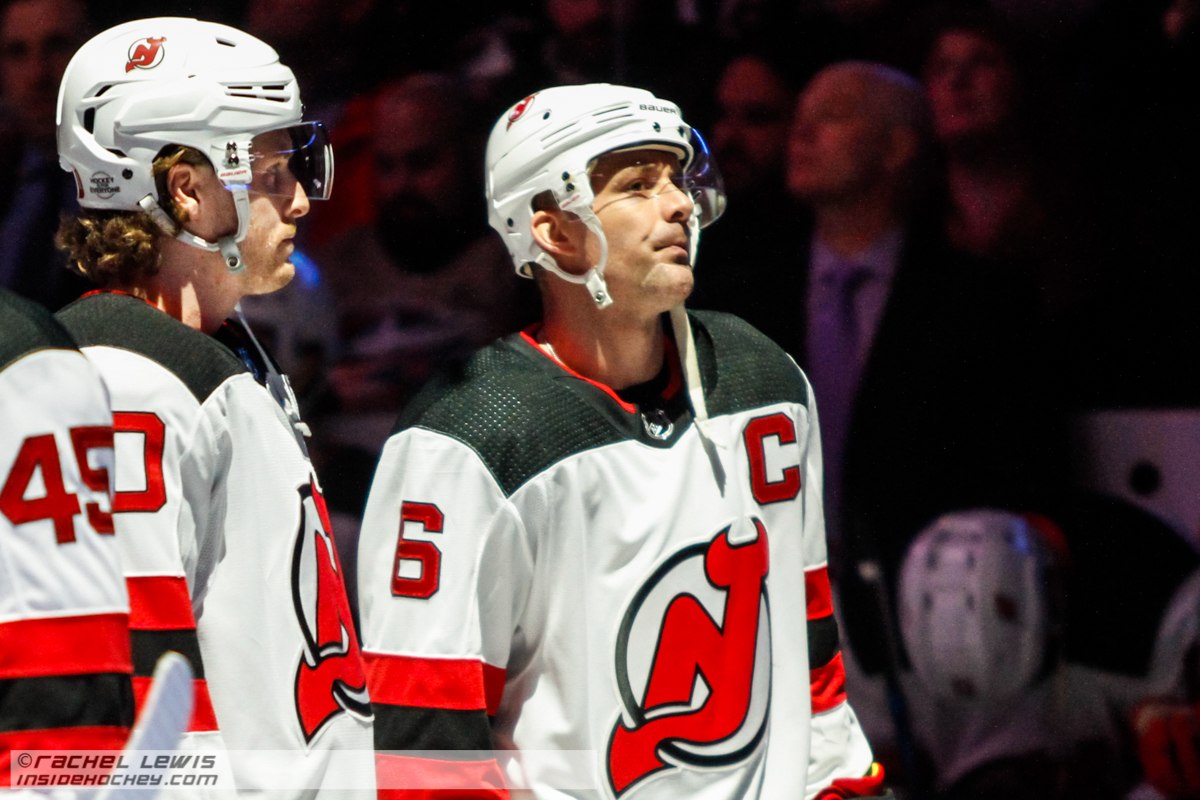 NEWARK—Tom Fitzgerald might have the ‘Interim’ tag on his General Manager title, but there’s no reason to think he will have any restrictions as the Feb. 24 deadline nears when it comes to deciding what’s best for the Devils future.

“My plan, if I am to continue in this position is to grow around Jack (Hughes) and Nico (Hischier), Fitzgerald said in a media scrum Saturday following the trade of captain, Andy Greene. “Have a group of kids in that same type of age frame to grow together.”

The trading of Greene, 37, who had been the team’s captain since 2015, looks to be just the beginning of a busy week ahead for the Devils. The 14-year veteran was shipped to the Islanders on Sunday in exchange for minor-leaguer, David Quenneville and a 2021 second round draft pick. Quenneville, 21, has split his time this season between New York’s AHL and ECHL affiliates.

“I don’t think we’re going to snap our fingers and it’s going to be next year we’re contending for a Stanley Cup,” he said. “We have two pillars up the middle of the ice that we can build around and grow with.”

All signs point to Wayne Simmonds, 31, and Sami Vatanen, 28, being moved before 4 p.m. a week from Monday. But the pending unrestricted free agents aren’t the only players the Devils are taking calls on.

“I’m not telling anyone that this player or that player is off-limits if someone wants to talk about one of my players that might have a contract, that’s fine.”

That might include 28-year-old, Blake Coleman, who was a healthy scratch Sunday versus the Blue Jackets. He has one more year remaining on a team-friendly $1.8 million AAV deal. His 21 goals are tied for the team-lead and he’s one goal shy of equaling his career-high from a season ago. UPDATE: Blake Coleman has been traded to Tampa Bay.

In exchange for Coleman, the Devils get prospect Nolan Foote and Vancouver's first-round pick which Tampa got in the J.T. Miller trade

“I want to get better long-term,” he said. “That’s our goal—not just a short fix in the next couple years. We’re thinking big picture here and down the road.”

What’s ahead for New Jersey is apparent. There’s yard sale signs up and it’s pointing you to the Rock.

But what’s next for the GM with the for-now, temp tag? He spoke about the future of drafting and developing, which would apply to any GM taking over, but also disclosed some potential summer plans in his media availability.

“If I can add some things in the summer,” he said. “I don’t see why this team can’t be competitive—scratch and claw to that point of playoffs. But we’ll continue to grow the right way: draft and develop.”

He will get a long look by the organization when the season comes to a close. He was a finalist in Minnesota in 2018 and was also considered in 2019. And he’s familiar with the organization and ownership group, coming on board along with Ray Shero in 2015.

Like he did in Pittsburgh, he stuck around after Shero’s dismissal, so there is an argument to be made, that the right-hand man of the former GM can run a program without his predecessor.

Martin Brodeur, who has transitioned into a Hockey Ops role since the changes atop, could get a look too, but there is a belief that he is not seeking that type of role.

Other viable candidates might include: Mark Hunter, Mike Gillis and Bill Zito could represent some of the externals that would draw intrigue–whether or not the latter has an interest and if the Blue Jackets would give him permission to talk to New Jersey, remains to be seen.

But as the clock is ticking on the Devils to decide their early charting of the future, the same can be said about Fitzgerald, the first-time GM, with the ultimate hands-on audition right in front of him.