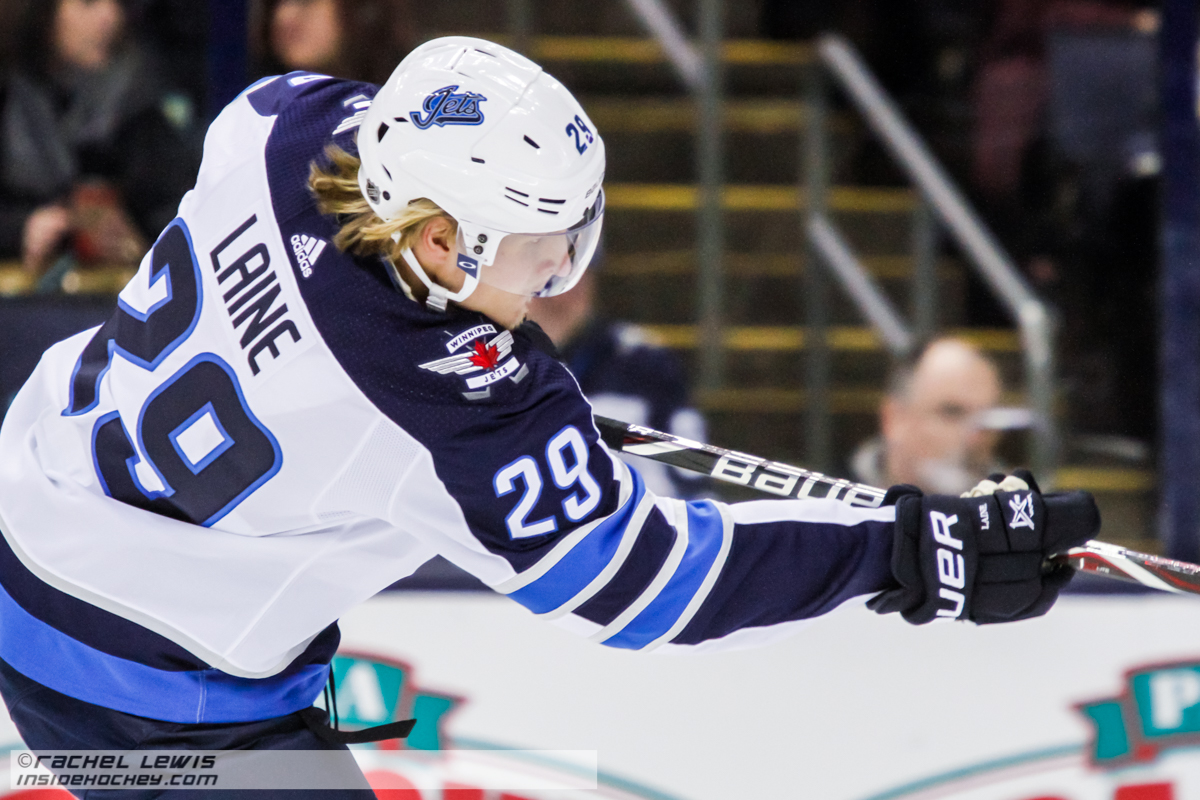 While everyone else was shopping, hockey fans were gathering at 1pm at Honda Center on Friday. But what’s to say about the Anaheim Ducks, who lost 3-0 during a game that’s become a local tradition? The overall message from the players and coach after? We need to finish better, as in, bury their chances.

Too bad that’s all they had, because the near-capacity crowd came hoping for a holiday crowned with a win. The trouble is, there wasn’t much to see Friday, and the reactions of players and coaches after the game betrayed that.

Jakob Silfverberg said, “You make a bad play here and there, I turned the puck over once and it’s in the back of your net. It didn’t hurt that the team on the other side, the Winnipeg Jets, was on a streak of winning five of six games.

He continued, “But we’re doing some good things out there. We just got to get the puck in the net and get the momentum swinging our way.”

The Jets won 3-0 after the Ducks held them off the scoreboard for the first period. The Jets got their first goal on a power play early in the second period after Nick Ritchie took a charging penalty late in the first period on a hit behind the Winnipeg net.

His coach, Dallas Eakins, spoke about Ritchie after the game. “I don’t know [about the penalty]. For me, it’s interesting. He’s off the faceoff. He got cross-checked twice in the back, he got slashed on the way. He goes in, he finishes his check. He didn’t take a stride from outside the goal line in for the hit. It’s, a lot of times now, when you see a big hit they’re erring on the side of caution, and I do get it, but in the same breath I don’t get it.”

He said that finishing checks is Ritchie’s game. “We want him finishing his checks, and I thought he did a great job of doing that.”

Commenting on the way the Ducks played, young player Troy Terry also said the expected: “I don’t think we played a bad game, but we have to stop . . . [saying] we deserved more. That happens once in a while, but it can’t keep happening. It’s obviously something we can fix, so I think we get a lot of zone time and we’re controlling play, but we have to get more bodies to the net and try to create more traffic to score goals.

He would later add, “I think we’re trending the right way, even if the results are like that. We gotta tighten it up and figure it out.”

The Ducks, especially in the persons of their young players—Terry, Sam Steel, Max Jones particularly—are maddeningly likely to pass up shots. In the slot. They don’t finish, it seems, because they believe they can’t, so they dish the puck off. Friday this happened several times, including by other players. Adam Henrique, who hasn’t scored a goal all of November, passed one to the slot, to nobody. Terry got a long pass from Fowler. Didn’t shoot.

And then Patrick Laine of the Jets did it. Smack in the slot, right about where his wrist shot would be impossible to stop, he spun and passed. “Looks like he’s been learning from the Ducks,” did actually cross my mind. I looked around the box. Other people were thinking it too.

Terry said, “It’s hard to make sure everything’s going and you’re on point every night” in an 82-game schedule. Think about that, though. If the rookies are overwhelmed now, what about twenty games hence, when it’s still barely halfway through, and they’re on the road at Chicago, Nashville, and elsewhere in the dead of a Midwest winter? It’s an emotional game, not just a physical one.

Terry offered one formula to win: “We’re doing a good job of controlling the play and playing in their end, and we’re playing with teams . . . . It’s just a matter of when we get it to our points we’re in the goalie’s eyes and we’re fighting to get to the hard areas.” Now they just have to do it.

Other notable moments in the game included Anthony Bitetto hitting Ondrej Kase at mid-ice with about a minute gone in period one. Erik Gudbranson immediately chased Bitetto down, cross-checked him, and initiated a fight that he roundly won. He got two for instigating, five for fighting, and a ten-minute misconduct. Later in the game, he got another two, for hooking, and ten more minutes of misconduct.

When IH asked him after the game what had happened, he talked around it. First, he sighed. Then he said, “I always say this, and I stand behind it and mean it genuinely, those guys, the refs, have a very difficult job in the National Hockey League. The Competition Committee and everything, we put their brains in a pretzel every single summer too trying to call the game. I just thought, ‘If you’re going to call me on that, you probably should have called the play at the blue line five minutes earlier on Hampus, and give us a shot at that, too. I don’t like reacting like that and having that happen. It’s not what [inaudible] it’s not very respectful of me, but you know, I was a little frustrated.”

That aside, the Ducks outshot the Jets 24-20, and the teams split the faceoff battle 24-24. The Ducks had eight penalties for 35 minutes, unusual these days.

Eakins offered kind of a formula for hope: “All these guys are really bonded now. They’re a tight group. They truly care and love each other, and it’s always great to see them doing that.” How long that message is going to resonate, especially when the frustration of losing makes it impossible to claim that things will get better if only, if only, if only . . . .

Part of the “if only” Eakins has identified is to demand, and practice, finishing, even amongst players who typically aren’t there to score goals. “It’s something we’re been really trying to key on in practice is our finish, so if you don’t fancy yourself a goal-scorer, we need you to work on that. You can’t just look away and say, ‘I’m not here to score goals; I’m here to do something else.’ It’s something that we’re trying to practice, something we’re trying to stay on. But the encouraging this is that we’re getting the chances. If you’re not, then that’s where you’ve got a big, big problem.”

The Jets move on to Los Angeles for a Saturday 7pm game. The Ducks await the Kings on Monday evening.