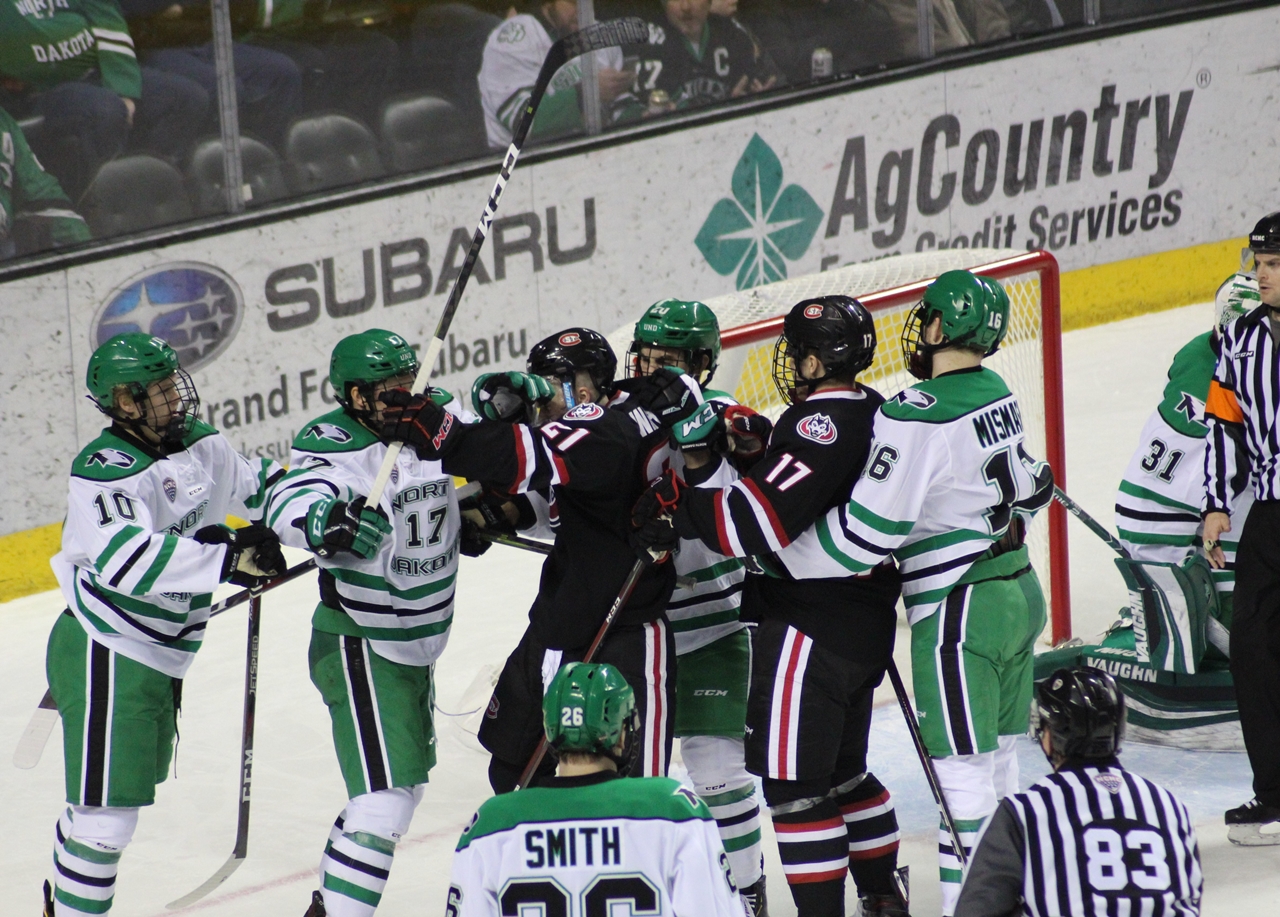 February is upon us and the Collegiate Hockey season is hitting some of it’s most interesting spots. What storylines are worth paying attention to this month?

College Hockey has unusually strong defensive talent this season, and can possibly fill up the entire Hobey Baker Hat Trick with all blueliners. Cale Makar has led the pack and currently stands as the favorite to win the sport’s top individual award. He’s led UMass to a magical season in which they sit atop the Hockey East standings and have a top two spot in the Pairwise rankings. As for Makar’s personal numbers, he’s the Minutemen’s second-leading scorer at 29 points with a team-high 20 assists, only second in Hockey East behind Maine forward Mitchell Fossier. The sophomore from Calgary and the 4th pick of the 2017 NHL draft is the favorite, but one of a few skilled blueliners vying for the top hardware. Northeastern’s Jeremy Davies is the anchor of Hockey East’s second place team and Chase Priskie has helped Quinnipiac return to the top of the Pairwise this season. Mercyhurst’s Joseph Duszak is the nation’s second-leading overall scorer and Adam Fox is a lock for the NHL with the third highest point per game pace in the nation. The blue line depth has likely never been better in college hockey.

There’s a month and a week until the NCAA Tournament begins, but even still, very few teams have secured spots to the dance. Of the 16 available spots, it’s likely that only the top seven or eight are secured. The teams likely in at this point are St. Cloud, UMass, Minnesota-Duluth, Quinnipiac, Ohio State, Denver, and Minnesota State. Western Michigan and Cornell have risen up the standings to the 9th and 10th spots in the pairwise and are providing strong pushes to the tournament. However, a few bad stretches or poor performances could knock them down to the bubble. Providence improved their stock greatly to close the month with a sweep over Northeastern, but there’s not much room for error beyond the top teams, particularly the 11th-16th teams, who currently are Clarkson, Arizona State, Northeastern, Notre Dame, Harvard, and Bowling Green. Arizona State provides a particularly intriguing wrinkle since they have no conference tournament opportunity. The final full month of the regular season will be of particular intrigue and excitement.

At season’s outset, the Air Force Falcons were expected to breeze to an Atlantic Hockey tournament spot. They’re two-time reigning AHC champions and have been a goal away from the Frozen Four each of the last two seasons. This year, the Falcons have been very good again, but there is a new challenger to the Falcons reign from an unexpected place. The American International College Yellow Jackets have submitted the top of the standings behind a breakout season by Junior Blake Christensen, who’s got 30 points to pace the conference’s 4th best offense. Zacharias Skog has also earned the starting job in net while Brennan Kapcheck and Kyle Stephan are pitching in strong performances. They do have two games in hand on the Falcons, and only a two-point lead, but seeing a frequent cellar dweller climb to the top of the Atlantic Standings is a good sign for the conference.