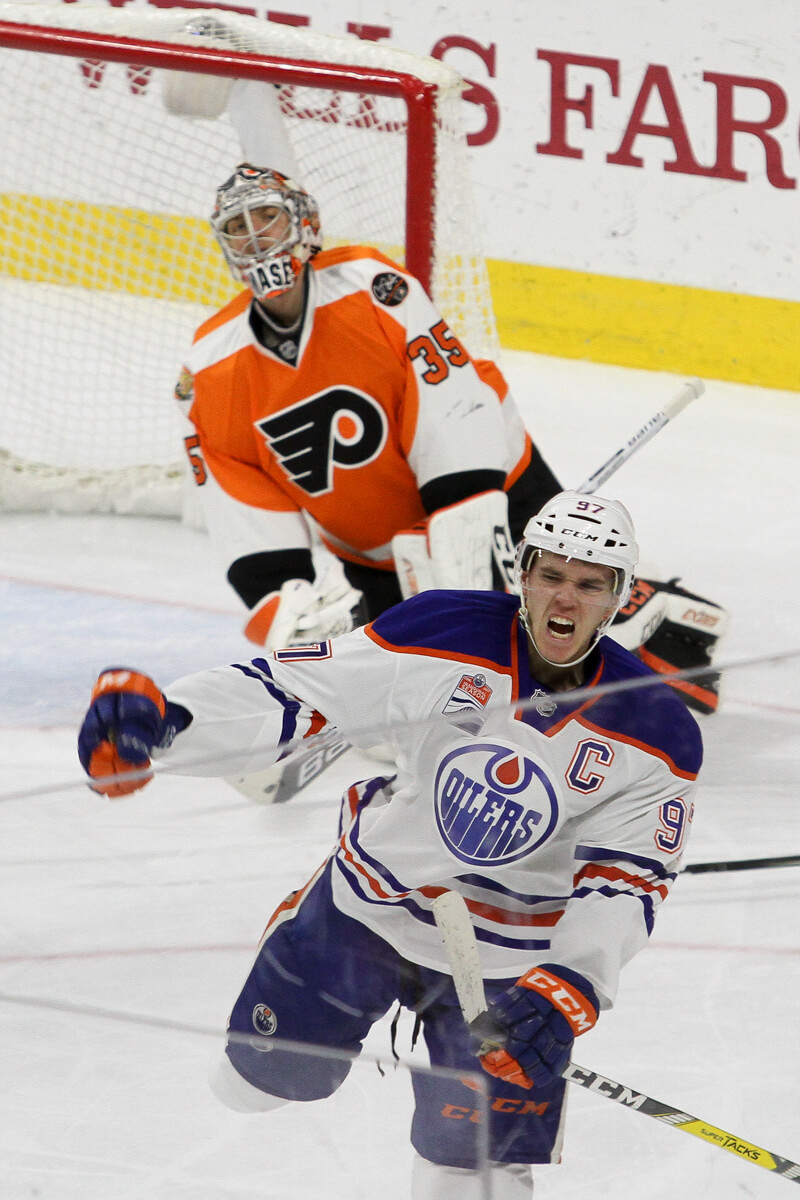 If there’s one thing that makes me want to call the qualifying round, or round-of-24, part of the actual playoffs and not just the manufactured (albiet entertaining) tournament designated to decide the fate of “bubble” teams, it’s the Edmonton Oilers.

At the pause, the Oilers owned the 11th-best winning percentage in the NHL; 5th-best among Western Conference opponents and finished the season with three less points (in the same number of games) as the Vegas Golden Knights, who earned an automatic bid to the first round by virtue of having the third-best percentage in the West.  Their playoff lives were officially snuffed out on Friday, falling to the Blackhawks in four games.

Per Daniel Wilco on the NCAA website prior to the sports world as we knew it shutting down, including this year’s March Madness tournament: “Probably the most volatile seed in all of college basketball, the No. 12 seed, has wreaked havoc on No. 5 seed and brackets alike for years.”

In the NHL’s restart, it’s a cool 2-0 (100%) for the 12’s with Montreal’s surprise series victory over the Penguins, who miss for the first time in the Sidney Crosby-Evgeni Malkin era.

But back to Edmonton, where it’s still uncomfortably surreal that Connor McDavid and Leon Draisaitl will again fail to play in an official round of the Stanley Cup Playoffs as we know it today. Had there not been a pause in the season, or a playoff based on point-percentage for seeding instead, the Oilers would have comfortably earned the second seed in the Pacific division–and wouldn’t have drawn the Blackhawks, who would be on their fifth month of the pause.

Draisaitl, 24, caps off his phenomenal season–110 points in 71 games with six points in their four-game series. He’s a finalist for the Hart Trophy, but was visibly upset with his second-straight 100-point campaign and no official postseason.

“It’s little mistakes that we had way too many of,” he said. “Throughout the lineup, it starts with our line as well. Just too many little mistakes that just can’t happen this time of year. We never really got our A-game going. Without that, this league is too good to beat anyone. That’s obviously very frustrating.”

The 97-point season for McDavid, who missed seven of the Oilers 71 games still nearly touched 100 points for the fourth-straight season. Five goals in four qualifying round games including a hat trick in game two, which for the record, was a 10:40p.m. ET start time on a Monday. Just my two cents, but the most electrifying player in the league should probably be a primetime fixture.

But, you’d hope the game’s best player would be marching onto the playoffs yet again in his now fifth pro season and not looking for his first trip back since 2017.

“It’s been a weird year,” McDavid said. “I think everyone can say that. Coming back from the pause, you never know what that’s going to be like. I thought we had a good training camp–everyone was ready to go. And then, we lose three of four. It’s just the way it goes.”

Ken Holland and Dave Tippett will go back to work for whenever the 2020-21 season begins. You just hope the Oilers won’t let the bad luck of the draw creep into their minds come then. Because it’s hard to believe we have seen just two playoff rounds from No.’s 29 and 97.

The Penguins, the other 5-seed to fall to Murray State (…or wait, the Canadiens, sorry). were openly criticized by Bruins head coach when asked about his hockey viewing consumption. Of course, he probably expected his team to have a better push, becoming the first-ever President’s Trophy winner to not own “home-ice advantage” the rest of the way.

Bruins coach Bruce Cassidy was asked if he watched any of the action yesterday. He said he watched a lot of the #Pens game: "I'm a little surprised they didn't have a better push."

Pittsburgh just didn’t generate the way most expected they would against a Canadiens team that, yes, had Carey Price, but sold off Ilya Kovalchuk, Marco Scandella and Nate Thompson in February. They added to their collection of draft picks–fourteen (14!!). If Jim Rutherford’s surprised his team lasted just under a week, he should chat with Marc Bergevin, crunching the numbers on how far his picks are falling. And, what if the ex-Pen misses out on Alexis Lafreniere for a five-game first round exit? Yikes.

I suppose the stitching has just about finished on Lafreniere’s No. 15 Pittsburgh third jersey, hasn’t it?

And, what becomes of Matt Murray, who lost the net, backing up Tristian Jarry for game four. Murray, 26, won 22 of his first 31 starts in the postseason, along with holding down the fort in a pair of Stanley Cup Finals after taking over for Marc-Andre Fleury. Since hoisting his second cup in as many years in 2017, he’s won 7 of 19 starts (including these qualifying round games).

If the Penguins opt to make Jarry their starter for next season and role with Casey DeSmith as their backup (or add a veteran tendy in free agency), what becomes of Murray? He’s one of seven arbitration-eligible restricted free agents. His qualifying number is $3.75 million, but he stands to make at least $5 million on his next deal. Pittsburgh will be battling the flat cap–some $13 million in cap space while also deciding on the unrestricted Connor Sheary and Justin Schultz.

I’ve wondered if the Devils, who might want another year or so look at Mackenzie Blackwood before declaring him as a true workhorse starting goalie. And Cory Schneider’s looked good on TV, but might still be battling for a spot in the rotation somewhere (if not New Jersey). If a resolution can be found to clear space on the latter, that’s a team that might be OK with two goalies platooning the cage at $9 million and change.

Taylor Hall is on to the postseason for the second time in his career. Good for him and good for Rick Tocchet, the ultimate player’s coach. He could be the key in getting Hall to sign off on a six or seven-year pact with The Pack, as the control at the top is still a mystery. Winning has been Hall’s top priority since the Oilers shipped him away in 2016. The ‘Yotes managed success despite tons of upheaval with ownership and bankruptcy previously. So, I’m not sure the issues in management will necessarily scare him off.

If he does go to free agency, I’d wonder if the Rangers, who might very well clear space with Henrik Lundqvist potentially retiring to Sweden, would be a spot. The Chris Kreider deal makes it a bit tough to imagine, but I think they’re an intriguing spot for him.

The NHL draft lottery (or, let’s try this again, Alexis) is set for Monday at 6p.m. Your contenders include: the Rangers, Edmonton, Florida, Minnesota, Nashville Pittsburgh, Winnipeg and one of Columbus/Toronto.

Since it’s wide-ranging and too obvious to ask who would tick fans off the most, should they win. Let’s look for the least offending and thus most boring option to win the first overall pick drawing on Monday.

For my money it’s David Poile’s Predators. Who, since coming into the league in 1998 have picked just once in the top-two–that first year in ’98 (David Legwand). Runner’s up: Minnesota Wild, who could add Lafreniere with future superstar, Kirill Kaprizov and Kevin Fiala, who really popped in a small showing. Of course, Paul Fenton didn’t have a great one-year tenure in St. Paul, but that acquisition was a slam dunk.

And finally, it’s odd to see the league embrace 0 attendance. But, you know it’s all fun and games for now. That figure won’t be very funny if we see it on opening night of the 20-21 season.