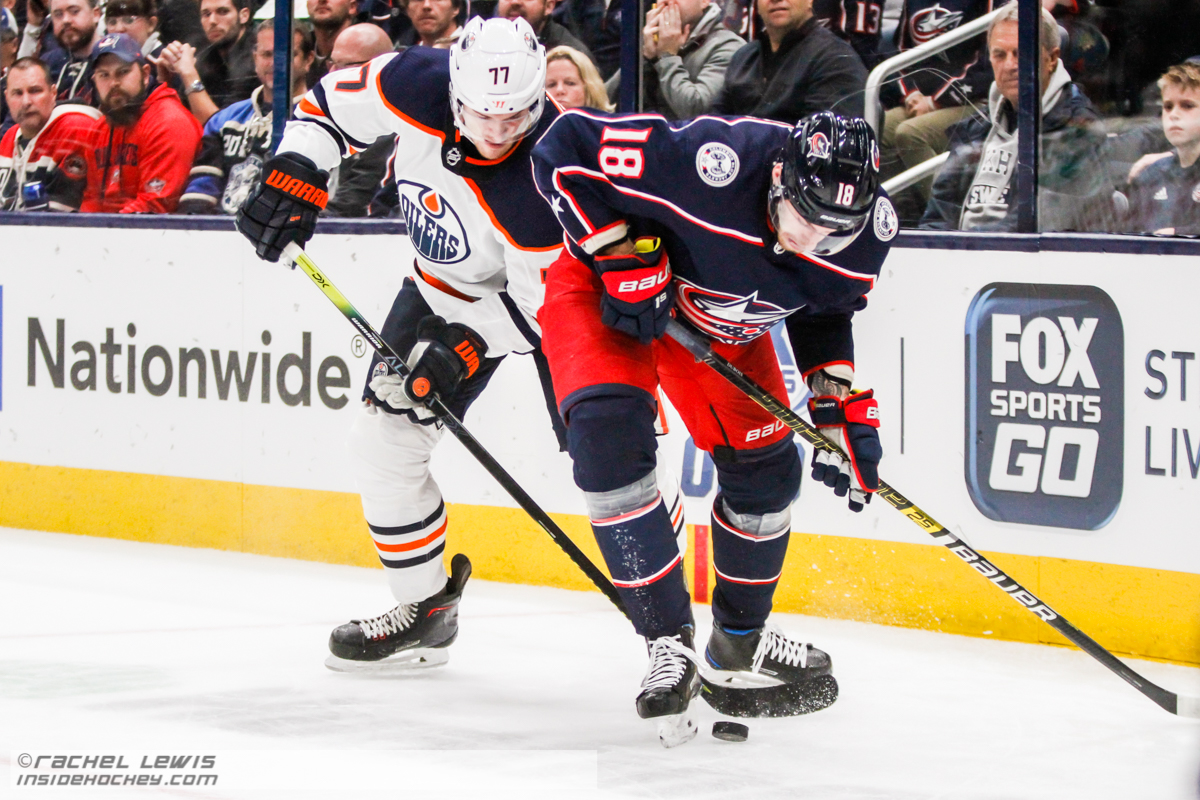 Whether it was the pre-season trade request or, a rather candid head coach speaking out about his star player. It could have harkened back to the first round of last year’s bubble that saw coach and center verbally jawing at each other on the bench. Whatever it was, Thursday appeared to be the point of no return.

The less than inspiring effort by Blue Jackets’ star center, Pierre-Luc Dubois, led to the forward seeing just 3:55 of ice-time including zero shifts in the second and third period of Thursday’s 3-2 OT loss to the Lightning. Jackets’ head coach, John Tortorella declined to elaborate on the reasons behind the decision and Dubois was not available for comment in the immediate aftermath and now, it appears that a trade is inching closer and closer.

My sense from canvassing sources tonight, Columbus is closing in on a trade involving Pierre Luc Dubois. It’s a complicated process that could be resolved as early as tomorrow. Teams have been told they’re out. Hard to say who’s in, but it’s believed Winnipeg is among them.

“I got to call them as I see them,” Tortorella said. “I’ve coached (Dubois) like this for a couple years as far as trying to get him to get some growth in his game and growth as a pro. Nothing changes here. There’s more spotlight on it, I get that and I get you guys have to ask me that, but I think you’re asking the wrong guy. I’m just a coach trying to make it work with a hockey club trying to win games. The person you keep talking about–you should ask him.”

Dubois, who declined to comment on Thursday, was available on Friday morning and though he did not want to publicly discuss the reasons related to his request out, he acknowledged his personal dissatisfaction with his own game.

“I hold myself to a high standard,” Dubois said. “I know what level I can play at and you know, there’s not a lot right now that I’m satisfied with. I know I can take a step up in every aspect of my game.

“I can be a better player, I know that. My play hasn’t been to the level it can be at. Then what happened last night–that’s the coach’s decision and the coach’s are paid to coach and the players are paid to play. There’s not much I can control in that decision.”

Just who might be the parties involved in the imminent trade? The Jets are among a long list of teams that are believed to be watching the situation closely. Others including Anaheim, Minnesota, Montreal and the Rangers have been linked to the leading scorer from last season, helping guide Columbus to a 33-win 2019-20 campaign following the loss of Artemi Panarin and Sergei Bobrovsky in the offseason, both of which publicly acknowledged a desire to move on from the organization. Fair to say, the fanbase is getting fatigued with the revolving door and inability to keep star players on board.

Dubois was drafted third overall in 2016, a pick that surprised many as the club opted to take a shot at the center over Finnish winger, Jesse Puljujarvi. Since his draft year, Dubois ranks fifth in games played and sixth in career points.

At 22, GM Jarmo Kekalainen has to be looking at a hockey trade as anything else surely downgrades the offensive potency of the Jackets. That makes the urgency of this deal all the more intriguing.