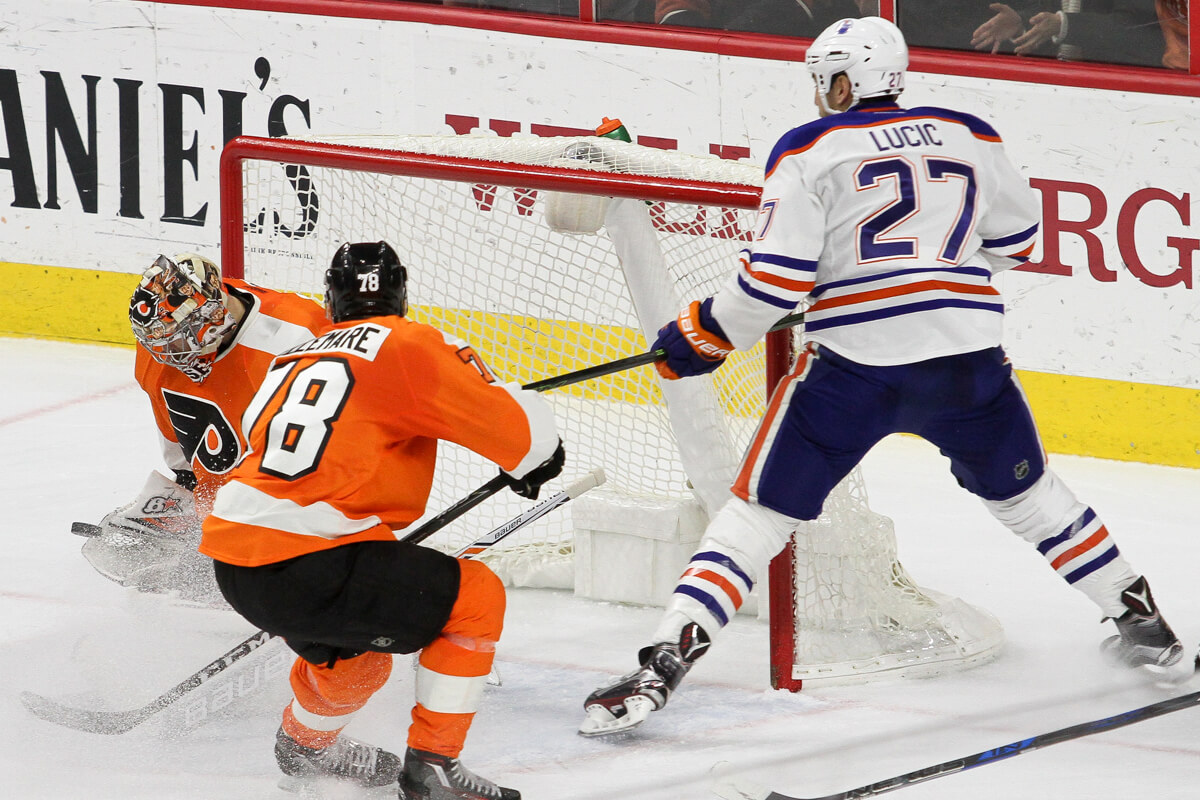 T-Minus 55 hours ’til the NHL world collides together in Dallas, Texas for the 2018 NHL Entry Draft. And, as per usual, the air is thick with trade chatter–and some prominent names front-and-center.

Last June in Chicago saw the likes of Derek Stepan, Antti Raanta, Nik Hjalmarsson, Artemi Panarin, Travis Hamonic and Brayden Schenn dealt. Since 2014, the draft has seen a total of 27 swaps involving NHL players–an average just shy of seven per. Something about having nearly every prominent team executive and scout in the game alltogether at once seems to get the blood boiling. No question it will be active and with the first domino in Mike Hoffman falling via Tuesday’s deals, the floodgates are official open. And perhaps there is extra motivation.

If–and it’s still a very sizeable ‘if’ right now–John Tavares does go to July 1, it will help cement this year’s unrestricted free agency class as one of the best in recent memory. But he alone does just that. John Carlson, another strong ‘if’ is another commodity whose availability will be much-coveted. James vanRiemsdyk and Ilya Kovalchuk are good gets if the term is reasonable. After that, it starts to get a little more familiar and by that, I mean stale in terms of elite talent. Evander Kane, a pending UFA who found a nice fit with the Sharks, got a seven-year, $49 million extension–a contract indicative of what the open market cost will be. Kane, who had 51 points in 78 games last season–including 14 points in 17 games after being a deadline day acquisition via the Sabres, might help teams shift focus to dealing for established contracts opposed to inking something a little newer and definitely more expensive. And with a deep draft class, there’s a heightened value on early-round picks.  So who’s available, and at what cost?

We’ll start with a 26-year-old, who is nearly a career point-per-game player. Despite that, he’s again a candidate to be traded following reports that the forward entering his final season before free agency is not ready to consider re-upping with the Blue Jackets. Dealt last June just prior to the draft by the host-Chicago Blackhawks for a package that included Brandon Saad, Panarin could more than double his current salary of $6 million in his next contract– a fact that led Hawks GM, Stan Bowman to deal the sniper a year ago. A three-year veteran of the NHL, he’s tallied 233 points in 243 games and has missed jus three games since 2015-16. While Jackets’ GM, Jarmo Kekalainen has denied reports that he’s shopping the player, you’ll be hardpressed to find a team that wouldn’t get creative to add an elite, in-his-prime goal-scorer. The Jackets would need to recoup the loss with NHL-ready prospects, high-end picks and an age-comparable forward with controllable years. Could taking on Brandon Dubinsky’s contract which has three years remaming at just under $6 million per be a sweetner?

The Flyers have had a tremendous bargain on their books since 2013, when they gave Simmonds a six-year, $23.85 million extension. With a cap hit under $4 million, the winger has reached the 50-point mark in four of the last five seasons. A scorer, twice netting 30, he battles hard for his goals and his ice. Despite playing the entire season with a barrage of injuries including a torn groin and pelvis as well as a broken ankle, Simmonds still managed to play in 75 games while registering 125 hits and saw a point-regression of just eight points. At 29 he’s still got the milage, but his next contract might be too rich for the Flyers, who have Claude Giroux and Jakub Voracek under contract past 2020 at cap hit’s above $8 million. They’ll also have Nolan Patrick, Travis Konecny and ivan Provorov coming up on their second contracts in the not too distant future. He’s a popular player in Philadelphia and they’ll effort to keep him, but it might be hard to turn away a package. Milan Lucic’s 2015 trade from Boston to L.A. for a mid-first round pick (15th overall), an NHL-ready prospect (Colin Miller) and essentially a late first-rounder (Martin Jones was acquired by the Bruins and subsequently flipped to San Jose for a 2016 first–29th overall).

While we’re on the subject–Lucic is coming off a difficult season with the Oilers. He, like his team, regressed this season, down 16 points after kicking off his new seven-year, $42 million contract with 50 points in 82 games. While he did play in all 82 games again this year–his 34 points was his lowest point total over a full season since his rookie season. His four years left at $6 million is a pricey committment if he continues his regression in Edmonton. He’ll be 34 at the end of his deal, but there are teams that might think of the season as a write-off. Or, a team will decide to take the player as he is now–but that will mean at a reduced rate both in trade and salary. His full $6 million AAV isn’t coming back in full–unless the Oilers are willing to eat a comparable contract with less term.

Skinner has had his name on the trade market since the offseason began for the Hurricanes back in early-April. That’s a lot of time for calls to come in on the speedy goal-scorer and the second Calder Trophy winner in this list (the other being Artemi Panarin). Carolina will be an intriguing watch this summer under GM, Don Waddell. His task is to make the team a more competitive group to play against after being a team stuck in the dreaded “middle.” In winning a lottery pick for second overall, the club will have its highest pick since taking Eric Staal second in 2003. Skinner, the fourth-highest point-getter in ‘Canes draft history, is in the final season of his six-year contract worth $5.7 million per season. He’s eligible for unrestricted free agency next summer. An ideal return would be a first and either an NHL-ready prospect OR an NHL roster player with some time before reaching unrestricted free agency.

Unlike most of the expected-to-be-dealt guys on this list, O’Reilly is both a full-time center and has significant term left on his deal. That makes the 27-year-old particularly attractive ahead of Friday. At $7.5 million per, he’s comparable, if not below, what some of the same kind of center’s in the league are/will be making–so there’s already instant savings. The Sabres hope the selection of Rasmus Dahlin first overall will expediate the organization’s rebuild. Trading a productive two-way center like O’Reilly is an obvious step back–but could return a good enough package to soften the blow. When Buffalo acquired the forward in 2015, they surrendered a second round pick, two young NHLer’s in Mikhail Grigorenko and Nikita Zadorov and then-prospect, J.T. Compher. That’s not the formula the Sabres should be operating on–at least a single first round pick along with some high-end prospects and NHL roster players are a must. His position, age and contract only seem to strengthen his overall trade value.