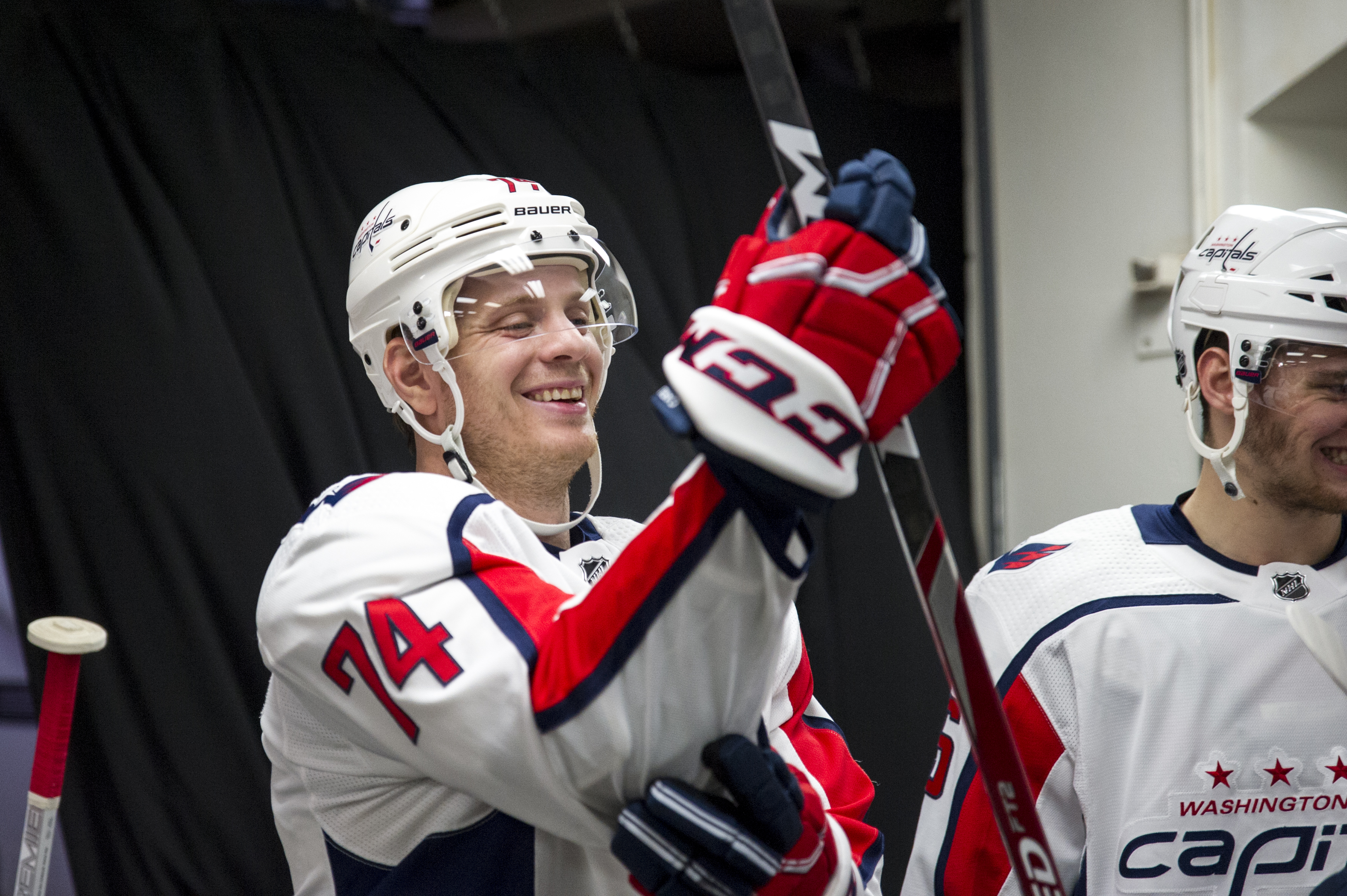 You can’t spot Washington a goal and expect good things to happen, but that’s exactly what the LA Kings did in their 7pm start on Wednesday against the Caps. Too bad, because the Kings came out and controlled the game over the first few minutes, looking confident and trying to redeem a 4-2 loss two nights prior down in Anaheim.

The goal came at 4:36 off an innocent play, a rush down the right side of the ice by John Carlson. He got inside the zone and flung a wrist shot toward the far side of the net. It probably skipped off the stick of defenseman Matt Roy before it angled upwards past Jonathan Quick’s right shoulder.

So perhaps a mistake on Roy’s part, or a bit of inattention on Quick’s behalf. But the real lesson in the play came in the Washington zone. Carlson had easily taken the puck off the stick of a Kings player, no opposition offered, and started the play up ice the other way.

That’s the kind of mistake that youngsters make, though. And the Kings are still featuring several of them on a nightly basis. They include Austin Wagner, Michael Amadio, and Blake Lizotte.

That’s right. Kovalchuk is still out of the lineup.

But many people in LA came out on this evening to see another Russian, the Great Eight, Alex Ovechkin. There wasn’t much to see early. He mostly loafed around, the supposed new commitment to a complete game not exactly in evidence, but then again, when you’re up 2-0 after one period and on eight shots, why play D?

Two to nothing? The second goal proved why it’s no fluke that Carlson had forty points coming in to the night. TJ Oshie spotted him coming down across the zone. He skated out from the left hash marks unopposed and passed to the defenseman. He in turn took the puck to Quick, who made a funny-looking spin-around move and saw Carlson tuck it in behind him next to his pad.

The Kings had eight shots in period one as well, none of any challenge for backup netminder Ilya Samsanov. They finished the frame with 38.5 seconds of power play time, after Kempny closed his hand on the puck in the Washington zone. The only close call came when a puck came out of the corner for Toffoli, who had it go under his stick and force the Kings to clear the zone.

Period two saw no further scoring, but a couple of interesting Ovechkin moments. He went down and stayed down a few seconds in front of the LA net, got up and kind of limped to the bench, but then sat there messing around with a squirt bottle and his visor.

Later in the period, he played the same kind of defense he had earlier. He skated in loops, sometimes waving a stick at the puck carrier. Even in the Washington zone, this was the modality. But then he did something grand. He stole a puck from Joakim Ryan behind the LA net and whirled to the front for a backhand. A crowd gathered.

He was back to the other stuff later, tapping a puck at the Kings’ blueline and letting the Kings grab it, then tapping the guy carrying it with no particular effort for a steal.

The Kings got a breath of life early in P3 when Samsanov mishandled a puck and Lizotte grabbed it behind the net and put it in off the goalie’s leg.

The game would have been tied midway through the period but for Kopitar hitting the crossbar on a wrist shot that beat the goaltender. They fizzled late in the period on a penalty for an illegal check to the head called on Toffoli. It looked on replay like he was trying to get out of the way of Garnet Hathaway, but this was at 15:17. Oshie gave it back with 18:42 gone when he slashed someone, and the Kings did the expected, pulling Quick and pouring it on.

The Kings took a shot, it was saved, and Wilson grabbed it in the slot to propel it all the way down for an empty netter.

After the game, IH overheard a Washington press guy calling someone—the NHL??—and asking about their being an assist credited to the goalie on the Wilson goal. The final sheet didn’t show it, but sometimes these things change late. It was a point that someone in the press box had made when the play happened, also.

The Washington dressing room after was a place of joshing and lightness. You can tell these guys have naturally done what some coaches try to force, which is bond. And why not? They’ve got a handful of players with more than ten goals, and they top the league in points. But this is not the Washington of the President’s Trophy years (2010, 2016, 2017) which zoomed away from the league but then had no idea how to close when it mattered. Each of these guys knows how to stay focused on what really matters. You can tell it by their swagger.

The Caps now head down the freeway to take on Anaheim on Friday night. Should they  win, they  will have reversed the formerly dreaded California gauntlet, beating all three teams.

The Kings have games in Edmonton and Calgary before facing the Rangers at home on Tuesday next week.

It would be only fitting if Ovechkin scored on the power play, because his next PP goal lets him pass Teemu Selanne for third-most power play goals. Selanne scored 255.

Seven more goals and Ovi takes over the 11th spot, also from Selanne, for goals scored. Selanne got 684.