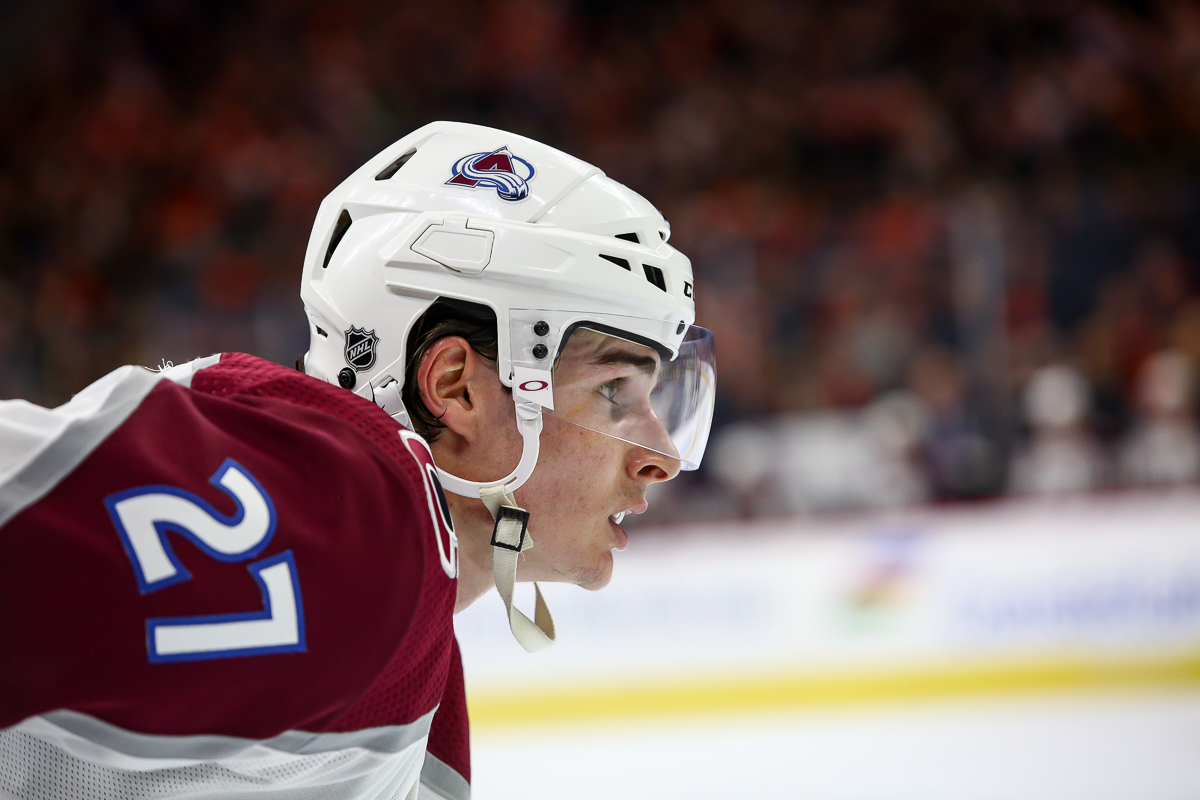 Ryan Graves #27 of the Colorado Avalanche

In fact, it was a two-three year dance between the New Jersey General Manager and Avs GM, Joe Sakic before Thursday’s trade that saw defenseman, Ryan Graves traded to the Devils for forward, Mikhail Maltsev and the Islanders’ 2021 second round pick, the 61st selection next week.

“Graves is a player we’ve discussed internally for quite some time,” Fitzgerald said. “There’s not much fancy about him. He’s a defenseman that can move.”

He can also defend and add some offense, scoring 46 points in a 149-game career that kicked off in Colorado after three and a half seasons spent in the American Hockey League. At 26, he’s already one of the elder statesman on the back-end and has some valuable experience including 25 postseason games.

Equally valuable, he spent parts of the last three years playing with Cale Makar, the Avalanche’s elite offensive-producing defenseman who was selected fourth overall in 2017 and at 22 is already one of the game’s top talents at the position.

“He’s definitely someone that I’ve learned from,” Graves said. “He’s someone that is wise beyond his years and his talent is generational.

“I was fortunate enough to play with (Makar). We’ve been partners for a long time. He definitely helped me grow my game–brought me out of my comfort zone, originally to play on the offensive side of things and to really learn how to move in an (offensive) zone with a guy like that—he played with Nathan (MacKinnon) and Mikko (Rantanen) and Gabriel (Landeskog)–and I was kind of fortunate to be the other guy on the ice. It’s something that really helped me grow my game.”

Fitzgerald admitted that the acquisition of Graves “checked a lot of boxes” and gave him a good night of sleep. He also said he envisions the left-handed shooting defenseman to possible fit in the top-four with one of Damon Severson or P.K. Subban.

With two years remaining at $3.166 million per season, the trade also allows for a test drive of the organization, one that Graves called “on the rise.”

“We looked at this as it’s two months of Andy Greene and Mikhail Maltsev for Graves,” Fitzgerald said on the price it took to get the defender. “He gets to test drive us, we believe this is a place players will want to play.”

The Islanders’ selection that now belongs to the Avalanche came to New Jersey via the Feb. 16, 2020 deal that sent Greene to New York for that pick and minor leaguer, David Quenneville.

The GM declined to indicate whether or not his protection list is finalized at this hour–he does have until 3p.m. E.T. Saturday to do so.

Instead, he indicated the Devils will use the time while it’s on their side and that it’s not his intent to acquire players simply for the sake of acquiring players, though he noted the Devils $31.5 million in cap space has certainly garnered some attention from other clubs ahead of expansion and what should be a busy offseason.

A quick canvas at the Devils’ roster suggests Graves will join Severson and Jonas Siegenthaler, the blueliner New Jersey recently inked to a two-year extension after acquiring from Washington last season, will be the three defenders picked up as part of a 7-3-1 protection plan. Of course, this would mean veteran defenseman such as Subban and Will Butcher would be exposed.

Meanwhile, Nico Hischier, Jesper Bratt, Pavel Zacha, Miles Wood, Janne Kuokkanen and Yegor Sharangovich represent six of seven forwards–both Nate Bastian and Michael McLeod recently signed two-year extensions and one could be protected while the other is claimed by Seattle. Nick Merkley and Andreas Johnsson are also options the club is likely deciding between. And of course, there still is the chance of an additional acquisition by teams with expansion issues.

In goal, Mackenzie Blackwood will no doubt be protected with the exposed goaltenders, most notably Scott Wedgewood available.

Lots may still emerge before Saturday and the first deadline of the offseason.