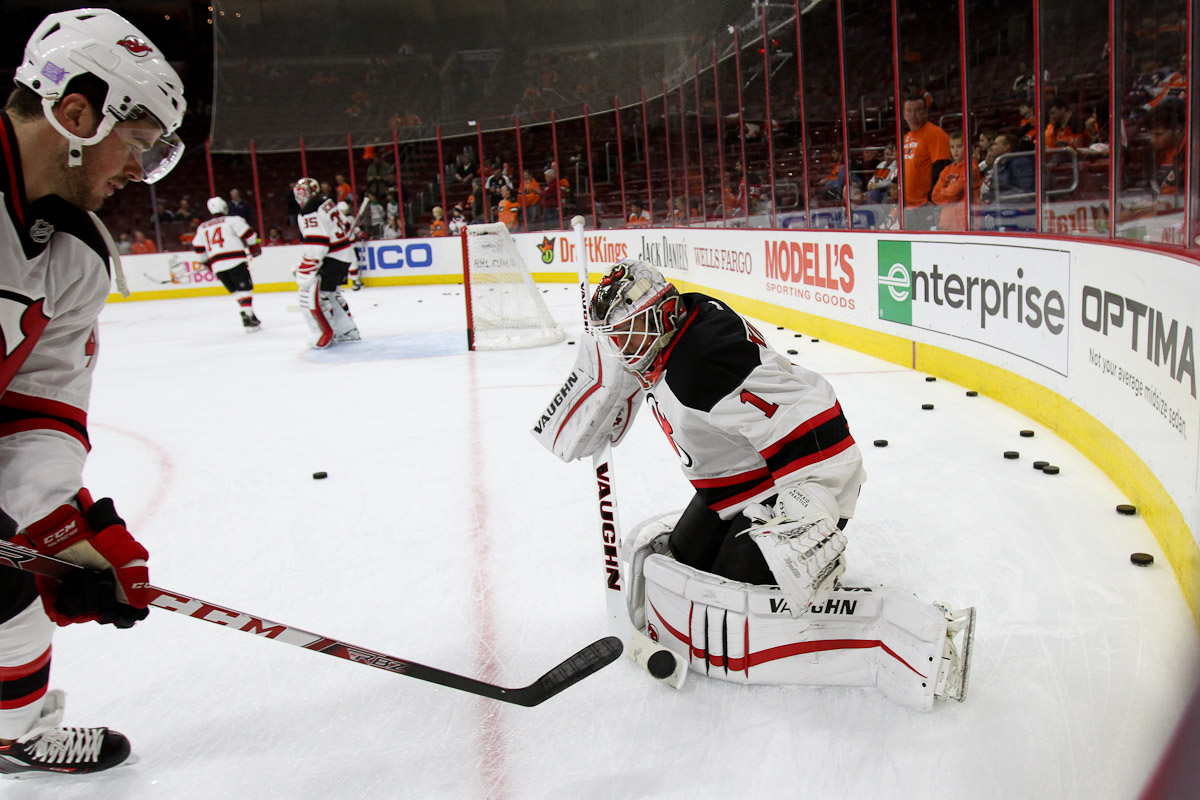 With the preseason concluded and the deadline to reach their 23-man roster, the Devils are faced with perhaps their most pressing decision out of training camp: who will back up Cory Schneider this season?

Keith Kinkaid, Scott Wedgewood and Andres Lindback have each seen time in the crease ahead of the regular season and are fighting to backup one of the best goaltenders in the league. Lindback, who is currently on a professional tryout, will likely be released before Tuesday. He’s hoping he’s done enough to turn some heads around the league. He’ll probably have to wait a bit, but should a consideration if injury befalls a team (including New Jersey).

The real battle is between Kinkaid and Wedgewood. Both goaltenders have honed their skill in the organization and have shown tremendous leaps forward over the last two seasons.

Both are also eligible for waivers, meaning one of the two, barring a trade, will have to be placed on waivers by Monday at noon before the Devils can assign them to Albany (AHL). That allows all 29 other teams to have a crack at claiming them over a 24-hour period.

Kinkaid, 27, is in the final year of a one-way, two-year contract worth $725,000 annually. He served as the primary backup to Schneider last season suiting up for 23 games, going 9-9-0 with two shutouts and a .904 save percentage. He’s the more experienced of the two and has shown the ability to handle greater responsibility year after year. Undrafted out of Union College, he’s entering his sixth season of NHL hockey with 43 games to his resume.

Wedgewood, 24, has just four games in New Jersey to his credit, coming in a March stretch last season, but during which he went 2-1-1 with an impressive .957 save percentage and a 159-minute shutout streak over his first three NHL starts. He’s battled some injuries but appears on track to be an NHL-caliber goalie. Presently, he’s on a two-way contract worth $587,500 annually. While that’s hardly any kind of cap savings, he, unlike Kinkaid, is a restricted free agent at the end of the season.

With the organization boasting future talent in the form of Evan Cormier and Mackenzie Blackwood, the loss of either goalie shouldn’t be massive, but it’s worth wondering what direction Ray Shero decides to go. Does the Schneider-Kinkaid tandem return again? Or, do they roll the dice on Wedgewood to take another step forward?

Maybe the best option is ‘Door Number Three’: A trade. Some suitors might include the Murray-less (at least for the start of the season) Penguins or the Sharks, who boast one of the league’s best up-and-coming goalies in Martin Jones.