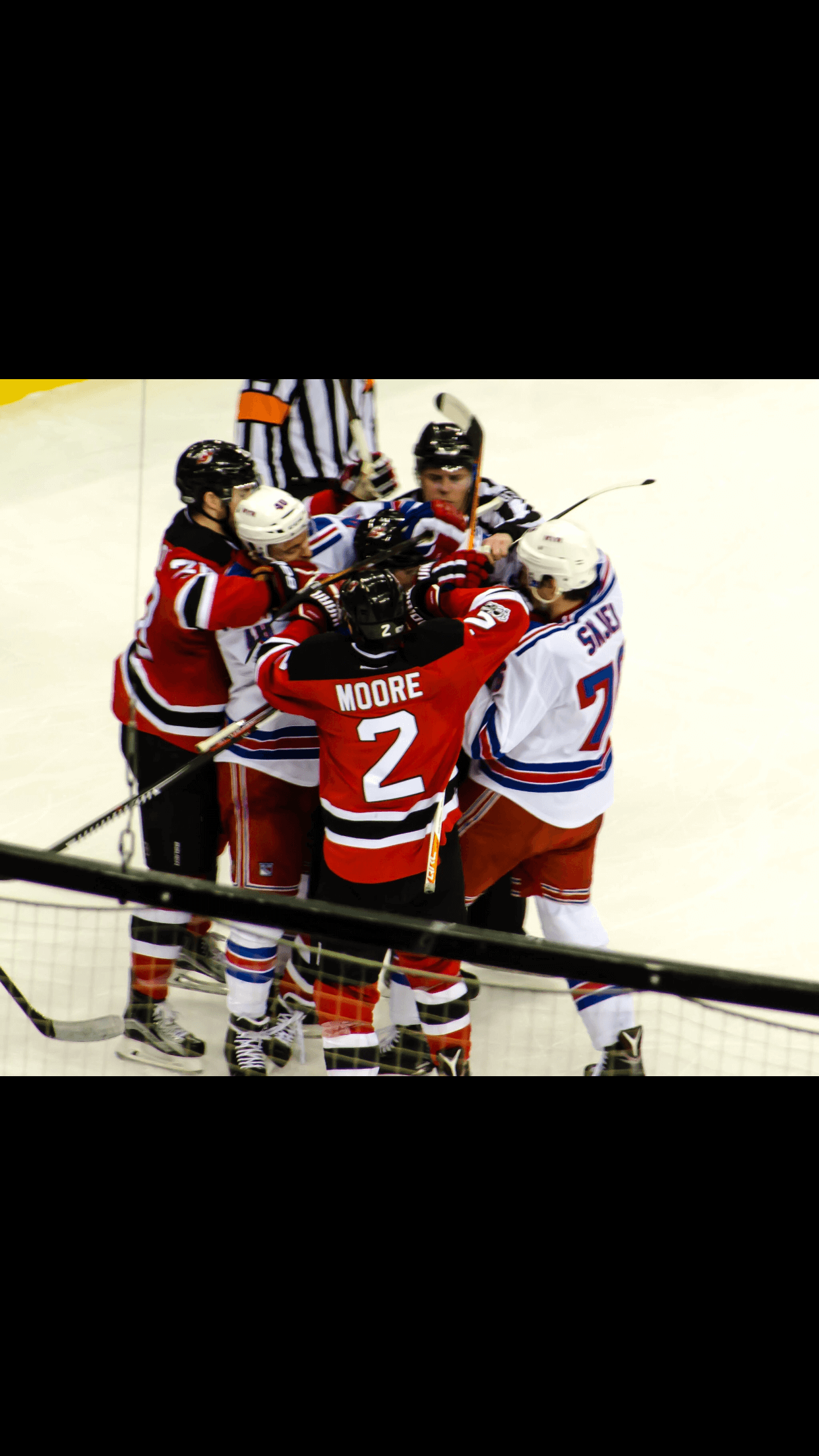 NEWARK—When teams are trending in completely opposite directions, a Tuesday night game in March is about as mundane as it gets. Especially if one team is comfortably sitting in postseason contention while the other has known its fate for weeks.

That may be the case, but the Devils put up some kind of cover Tuesday night at the Prudential Center, where they avoided the season sweep to their rival-New York Rangers in overtime.

John Quenneville scored his first NHL goal and assisted on Joseph Blandisi’s game winner in the extra frame as New Jersey knocked off the Rangers 3-2.

After a quiet period and a half to start, the game burst open with life thanks to Quenneville’s first on the power play for the opening goal and answered quickly by an Oscar Lindberg tally for the Blueshirts. Taylor Hall would tally one before the period was over to return the lead to New Jersey.

Then, with seconds remaining in the period, Devils’ forward Miles Wood took exception to a hit along the boards from Nick Holden. The melee late in the period cost Wood 17 minutes in penalties and gave the Rangers a carry-over power play to open the third period.

Just minutes after Cory Schneider made a clutch poke check in overtime on Michael Grabner, Quenneville found Blandisi with some open ice on a cross pass that beat Rangers’ netminder, Antti Raanta for the game’s deciding goal.

“I had a feeling it was going to end up on my stick,” Blandisi said following the win. “I was just focused on making the right move to finish the game.

“I think this goes a long way for the team and for me it’s definitely a confidence boost.”

The Devils, who have not been mathematically eliminated yet but would need the mother of all miracles to dig themselves out of the hole they’re in, were playing for pride, jobs and maybe just as valuable—playing to avoid losing to their most hated rival.

“We didn’t want to get swept by that team,” Schneider said. “It may not mean anything in the standings or the big picture, but I think it was a big win for us in our room.”

Schneider made 38 saves in Tuesday’s contest, but none bigger than his poke check in overtime.

“I’ve been working on it for three years I just haven’t unveiled it,” he said. “I watched (Brodeur) do it forever and I figured maybe it’s my turn. That’s why you test it out for three years.”

One key component for the Devils was the play of its youth—Blandisi, Quenneville and Wood all made considerable impacts with the flow of the game and defenseman Steve Santini led the team with four hits.

“The thing with those guys are they’re learning how to compete at this level,” head coach John Hynes said. “We have lots of younger guys in our lineup, we really like the way they’re playing…the more games they play the more comfortable they get.”

New Jersey will hope to ride its high from Tuesday’s victory versus a hungry Toronto Maple Leafs squad who are battling for their playoff lives down the stretch. There, the Devils will see one of the best young players in the league in 2016 first overall pick, Auston Matthews.

Raanta made 21 saves in his first career loss to the Devils. He entered the evening 4-0-0 in his lifetime with just eight goals allowed.

Henrik Lundqvist skated prior to Tuesday’s game but remained sidelined with a hip injury.

Devils were again without Mike Cammalleri, Jacob Josefson or Devante Smith-Pelly, who remain sidelined with injuries. Their timetables are TBD.