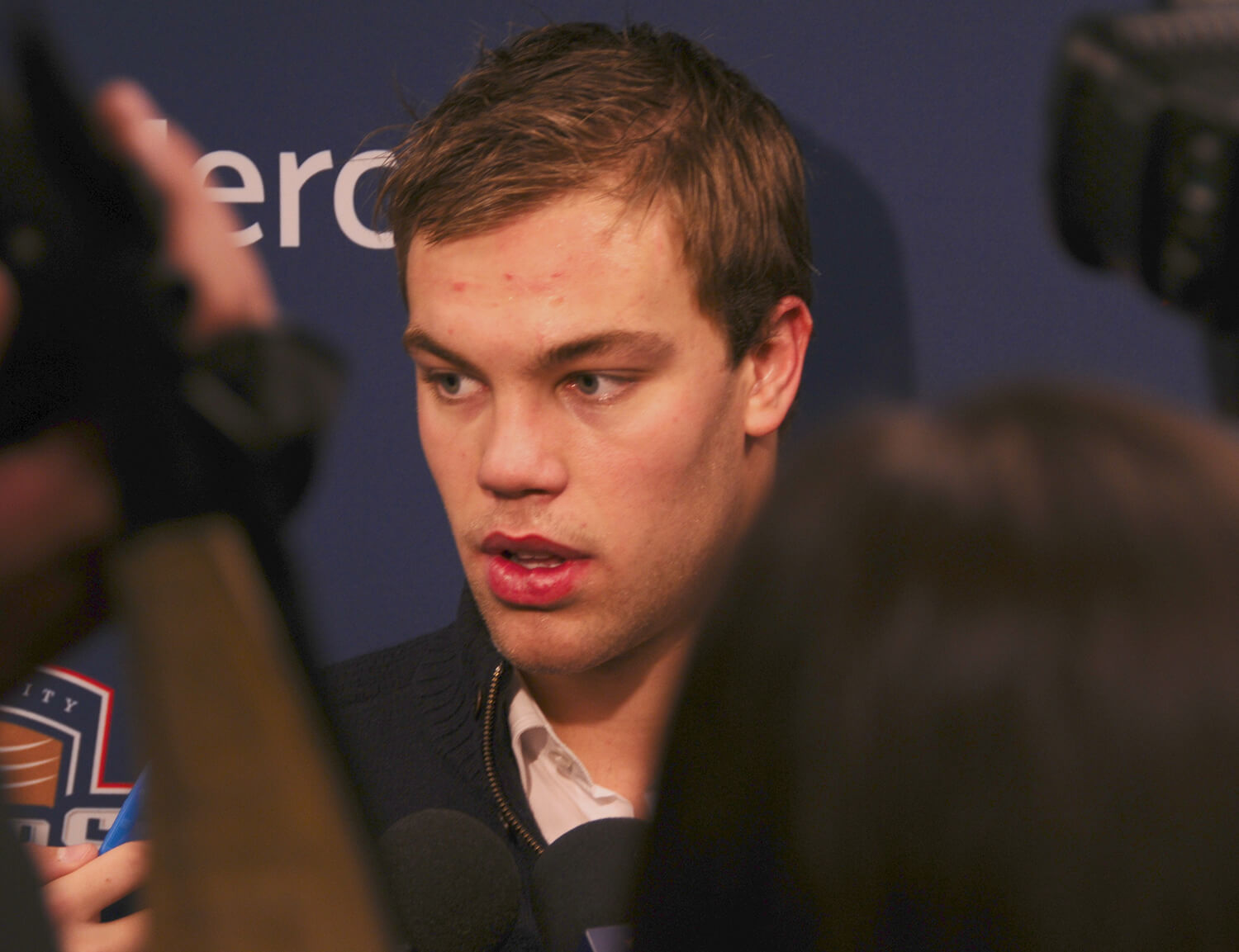 Taylor Hall, drafted first overall in 2010, dealt on Wednesday to the Devils.

The Devils won the 2011 draft lottery jumping from eighth to fourth. Their win helped earn them Adam Larsson fourth overall but also solidified the Oilers selection of Ryan Nugent-Hopkins at first overall.

Flash forward to 2016 and both teams are linked together again with the announcement on Wednesday that the Devils acquired 2010 first overall pick, Taylor Hall from Edmonton in exchange for Larsson.

The one-for-one deal brings a welcomed addition to New Jersey, whose offense ranked last in the NHL last season with 184 goals scored and 2.22 goals-per-game. Hall, 24, is coming off a season in which he scored 26 goals and 65 points in 82 games.

Hall, who was the first of three-straight first overall picks by the Oilers, scored 328 points 381 career games, all with the Oilers. Larsson, 23, has scored 69 points in 274 games. He also has five playoff games under his belt as part of the Devils’ 2012 Stanley Cup run.

No salary was retained in the transaction. Hall has four years remaining on a seven-year, $42 million contract signed in 2012. He will be paid $6 million each year. Larsson, who signed a six-year, $25 million extension last year has five years remaining under contract with $4.2 million per season. The final three seasons on Larsson’s deal include a modified-No Trade clause.

The Devils needed offense and with its continuing emergence of defense, the deal made sense from the New Jersey perspective.

For Edmonton, the deal brings a coveted right-handed defenseman who has continued to blossom into a top-pairing defenseman. It also makes a major change to the forward core. Two things Peter Chiarelli really wanted to do.

Hall will bring his game to New Jersey, but not his number 4, which is retired by the organization for former captain, Scott Stevens.