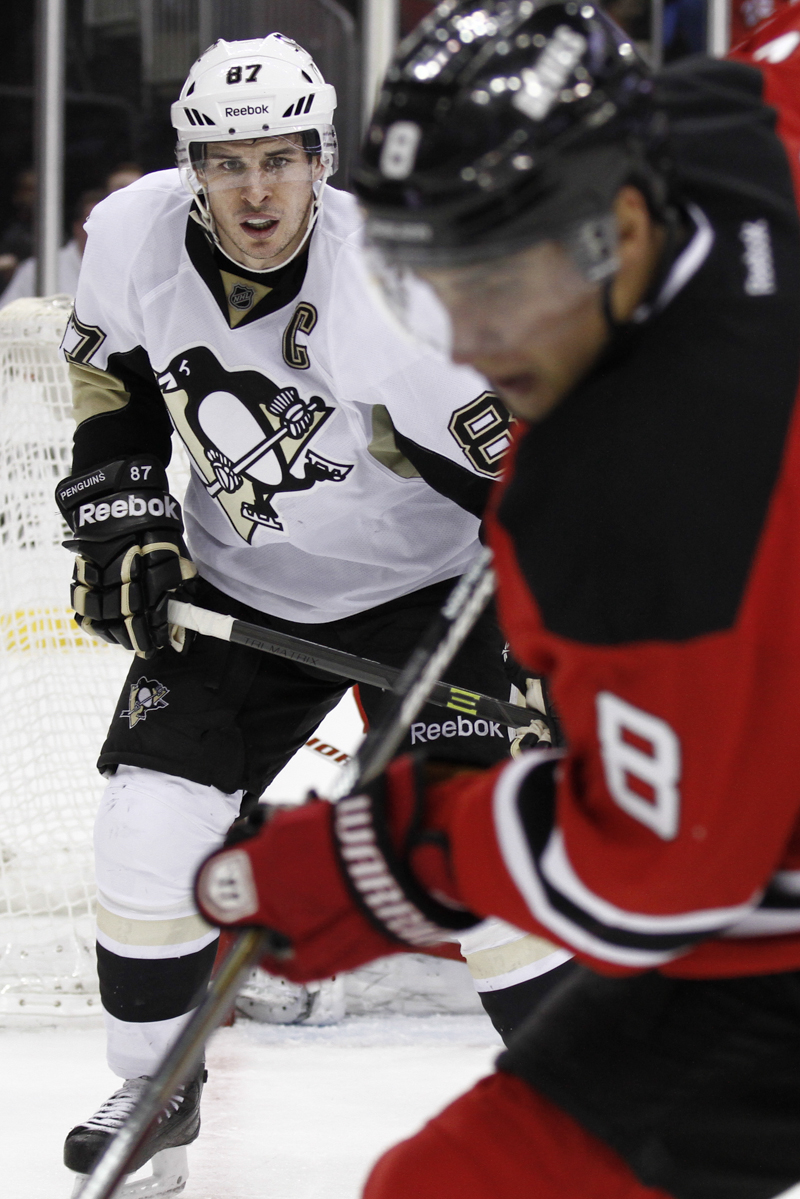 NEWARK, N.J. – With 4: 54 minutes left in the game, New Jersey had nine players on the bench and eight forwards in the game.

“I think there was a lot of breathing on the bench. A lot of heavy breathing. And listening. Because you know we’re playing different positions,” Ryan Cater said.

“We had guys playing positions that may be a little foreign to them, get shuffled around so there was a high level of focus on the bench. It was good for us.”

Carter was playing different positions as well. He thought he was playing wing when he grabbed a pass from Marek Zidlicky and shot it past Jaroslav Halak five hold.

“I was tired in the third period,” Carter said. “I’m not used to going every other shift. We’re a four-line team, that’s the way it’s been. And I think towards the end of the third there’s two lines so it was a little taxing.”

Carter’s tally was the game-winning goals as the Devils defeated Washington 2-1 on Friday night. New Jersey is three points behind the Blue Jackets for the last wild card spot in the Eastern Conference.

After a flat first period, and a 1-0 deficit, the Devils turned in better efforts in the next two frames.

“Washington’s a desperate team too, their season’s on the line,” Peter DeBoer said. “And you have to expect that. I thought our response was very good after the first.”

“My heart was pounding. I mean I was tired but I was on the bench it was pounding,” Carter said. “I wanted to win that one.”

Because of the injuries, Jaromir Jagr led all Devils forwards with 25:28 minutes of ice time. Travis Zajac skated for 23:26 minutes. Damien Brunner also missed some time because of an equipment issue.

Cory Schneider finished with 24 saves, including a pad stop on Marcus Johansson with 2:28 minutes left in regulation. Johansson found the puck while driving to the net, but Schneider made the stop.

“The guys sacrifice,” Carter said. “Schneider played great for us. I think at times there’s not much you can do about it when you have eight forwards, we were a little tired. When we needed Schneids he was there, a couple of breakdowns and he made huge saves for us at the right time.”

A turnover by Mark Fayne led to an Alex Ovechkin goal midway through the first period. Tuomo Ruutu tied the tame in the second frame. Gelinas, Zajac, Zidlicky and Peter Harrold added assists in the win.

The Devils had started the game with 11 forwards and seven defensemen before losing three players.

“You get caught out there, you get running around for more than 45, 50 seconds, I’m sure you feel a little bit quicker,” Schneider said. “Those games are fun. It’s hard to really feel fatigued or tired or worried or anything.”

Carter, who had 10 shifts through the first period, skated for nine in the third. He finished with 12:53 minutes of ice time.

“It’s a different kind of focus, the intensity of the game is picked up a little bit and you’re going to be relied on a little bit more,” Carter said. “It’s probably a product of energy management now. We’ve got to make sure we do the things we have to do, especially coming in tomorrow.

“That’s really the only game I’m thinking about right now. And we’ve got the energy to play and compete and win tomorrow night.”