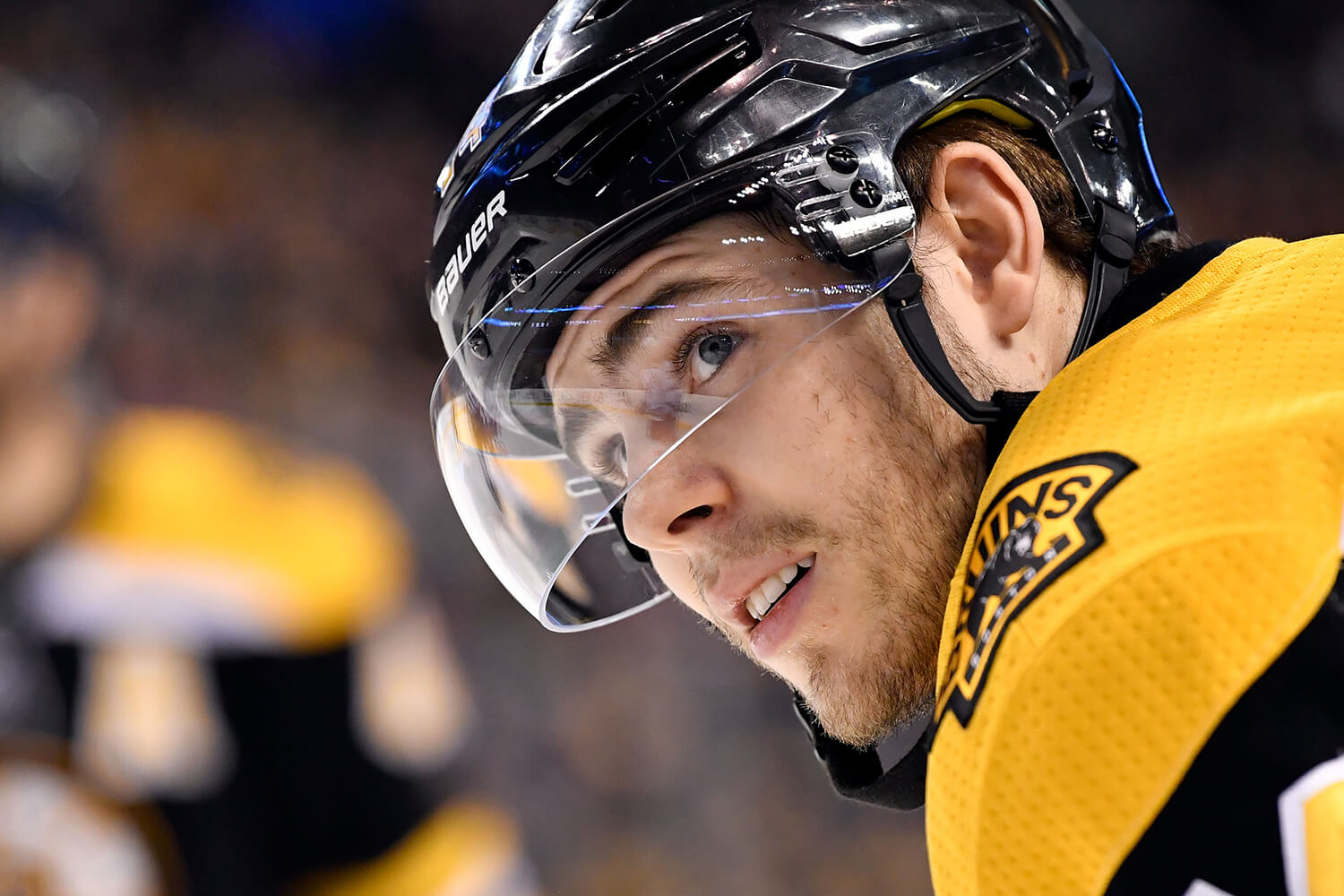 Game 7 of the 2019 Stanley Cup Finals took place back on June 12. The home team was collecting itself and brushing the realization of defeat away as best as possible. The players raised their sticks and thanked the fans for the support all season long.

A very brief summer break and one training camp later, the Boston Bruins are back. Where did the time go?

The Bruins hosted the Chicago Blackhawks for their final exhibition game on the preseason slate this past Saturday afternoon. The B’s entered this game without a regulation loss in five preseason games during the month of September.

Despite the short offseason, it is still important to go through the rigors of training camp in preparation for the long haul, and to get comfortable with teammates and young players who are trying to make the team. At the same time, things have not necessarily turned out all fine and dandy for some of the veterans throughout their careers.

“The preseason has not always been my friend,” said Torey Krug. “Everyone has a different approach. It is fine tuning for the regular season while making sure that you are sharpening things up.”

Although the fans were rewarded with a fresh look to TD Garden itself this offseason, the same cannot be said about the roster. Many of the same faces are donning the Black and Gold to begin the year. That should certainly speed things along for the Bruins in terms of everyone getting on the same page.

“It comes down to the same old cliché which is you want to get off to a strong start,” said Patrice Bergeron. “We were one of two teams that played the longest last year, so maybe that will help us shake the rust off. We also want to make sure that we build strong team chemistry both on and off the ice.”

That truly is the goal in addition to making a deep playoff run. The 2019-20 National Hockey League season is right around the corner. But first, the Bruins had to take care of business in the form of the Blackhawks in one last exhibition tilt.

In the first period, the Bruins were dominant. Chicago had limited puck possession as the B’s controlled much of the play and unloaded a plethora of shots. It is worth noting that the Blackhawks did not dress very many of their regulars for this game, so the talent gap was evident.

Jake DeBrusk got the Bruins on the scoreboard first when he slid a nifty backhand past the Chicago netminder after fighting for the puck in front of the net. Charlie Coyle doubled the lead after he led an unassisted breakaway and beat the goalie on his glove slide. Tuukka Rask, who got the start for the Bruins, saw very little action down at his end of the ice. Shots were 14-4 in favor of Boston through the first 20 minutes.

With DeBrusk and David Pastrnak each adding a power-play goal, the B’s took a 4-0 lead into the second period. Chicago was a bit more representative as the game progressed, but the Bruins seemed to smother the opposition each time some momentum was created. Pastrnak increased the lead when he netted his second of the game by beating the goaltender stick side. The Blackhawks eventually got on the board, but Boston answered right back by tallying its sixth goal of the game. Nothing was held back on this day.

In the third period, both teams were clearly just looking to get through the final 20 minutes to avoid catastrophic injury. Rightfully so, considering expectations are somewhat high for Chicago and Boston this upcoming season. Well, not much of a game for this one. The Bruins picked up the 8-2 victory to close out the exhibition schedule. DeBrusk and Pastrnak each recorded a hat trick while Rask finished the day with 19 saves.

“Some of our guys have not played in a long time so it was good that they got some quality minutes,” said B’s head coach Bruce Cassidy. “That is the most important thing to take away from a game like this.”

Boston opens up the regular season on the road this coming Thursday night against the Dallas Stars. Here we go again.

“We have some tough decisions to make ahead of the opener,” said Cassidy after the game.

Side Notes: Patrice Bergeron made his lone preseason appearance in Saturday’s game…Both John Moore and Kevan Miller will start the season on injured reserve as they still need time to recover from their respective injuries…Anton Blidh will be out of action for four months as he recovers from a shoulder injury…The Blackhawks secured a 3-2 overtime victory over the Bruins earlier in the preseason… Boston and Chicago will not see each other again until a regular-season game scheduled for December 5.