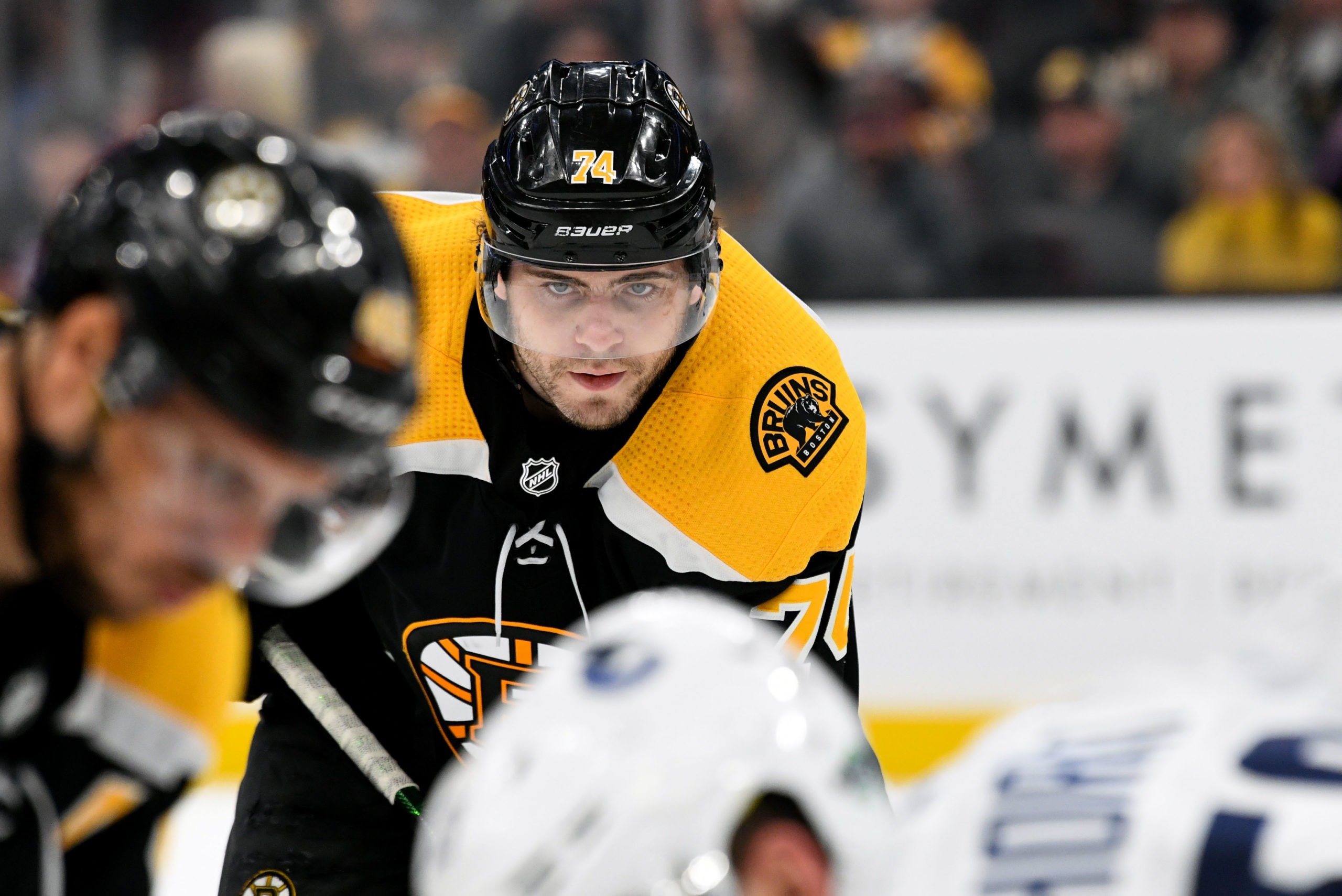 DeBrusk: “I Wasn’t Where I Wanted to Be”

Drafted by the Boston Bruins 14th overall in the 2015 NHL Entry Draft, forward Jake DeBrusk has spent one full season with the AHL Providence Bruins and two seasons with the pros.

The left-winger has put up over 40 points in all three seasons with Boston’s professional and affiliated teams. However, the 23-year-old says he has not been playing to his best ability.

Now back in his hometown of Edmonton, Alberta, DeBrusk says he has had time to reflect on his overall performance.

“I’ve kind of took a step back and looked at my whole year,” DeBrusk said. “Being back home, my Dad has been all over me about it. So, I have been thinking a little more than usual. But to be honest, I don’t know if I had a consistent stretch this year. Looking back at it, I don’t know if I really put my staple of my game into this year at all. And, it’s frustrating to say. I don’t think I’ll necessarily have the year like I did production-wise and overall game.”

Before the break, DeBrusk had two goals, no assists, and was a minus-6 in the last 15 games.

“I wasn’t necessarily where I wanted to be in a sense, and I understand there’s certain elements that come into it,” said DeBrusk. “Whether it’s being too hard on myself, eating myself alive at certain times, or just different elements that pop up during the year that you look back on and maybe it affected your game.”

However, the extra time that he has now has allowed DeBrusk to think more about the type of player he wants to be not only for the Bruins, but in the league.

“Overall, I think it’s almost a blessing to have this time because I have taken a step back and understand what kind of player I want to be in this league,” DeBrusk said.  “What kind of player I can be. I know what it is like to feel consistency. There’s times where I get going, and it seems like the puck just keeps going in the net. That’s obviously what every player wants. Just remembering how that feels. I think that I use my speed and my attributes to the best of my ability. And that’s just kind of why I have to keep a focus on it. And, understanding when things aren’t going well that way…it’s mind games that you play with yourself.”

DeBrusk has seen time on both the second line with David Krejci and the third line with Charlie Coyle.

“I definitely feel like I can play with either guy,” said DeBrusk. “It seemed like even when I was playing with Coyle, whether I produced or something happened in the game, it seemed like I always came back with Krech, and vice versa. With players at the deadline, you’re trying to figure out different lines and chemistries. I went back to the right side, and I haven’t done that since last year. But I thought that we, especially the last couple of games, I felt that was the best that we were playing together with Coyle. Just building that chemistry and things like that. I do believe I can shuffle around; I can play left side or right side. It’s more so whatever I can do to help the team at the given time. Both [are] really good players, and both are really good center-man.”

Sitting atop the NHL with 100 points with 12 games remaining in the regular season, the Bruins were trending in a solid position for when the playoffs were to begin.

“Obviously there is still hockey to play, but I think we were trending in the right direction,” said DeBrusk. “We are getting better with the group that we have, and the chemistry that we have with this group is something that is relied on.”

Leading the Bruins point-wise are David Pastrnak (95), Brad Marchand (87), and Patrice Bergeron (56). DeBrusk falls 7th on the team with 35 points.

If/when the NHL decides to resume play, and DeBrusk is able to pick up his game, the Bruins could be a potential offensive threat with multiple lines of scoring depth.

“I think this year was a definite learning curve for myself. It seems like things weren’t going my way in a sense, but still I almost had 20 goals. There’s a double-edge sword to both things, but definitely wanted to be better this year. Our team is rolling, so it would be nice if I could help them even more.