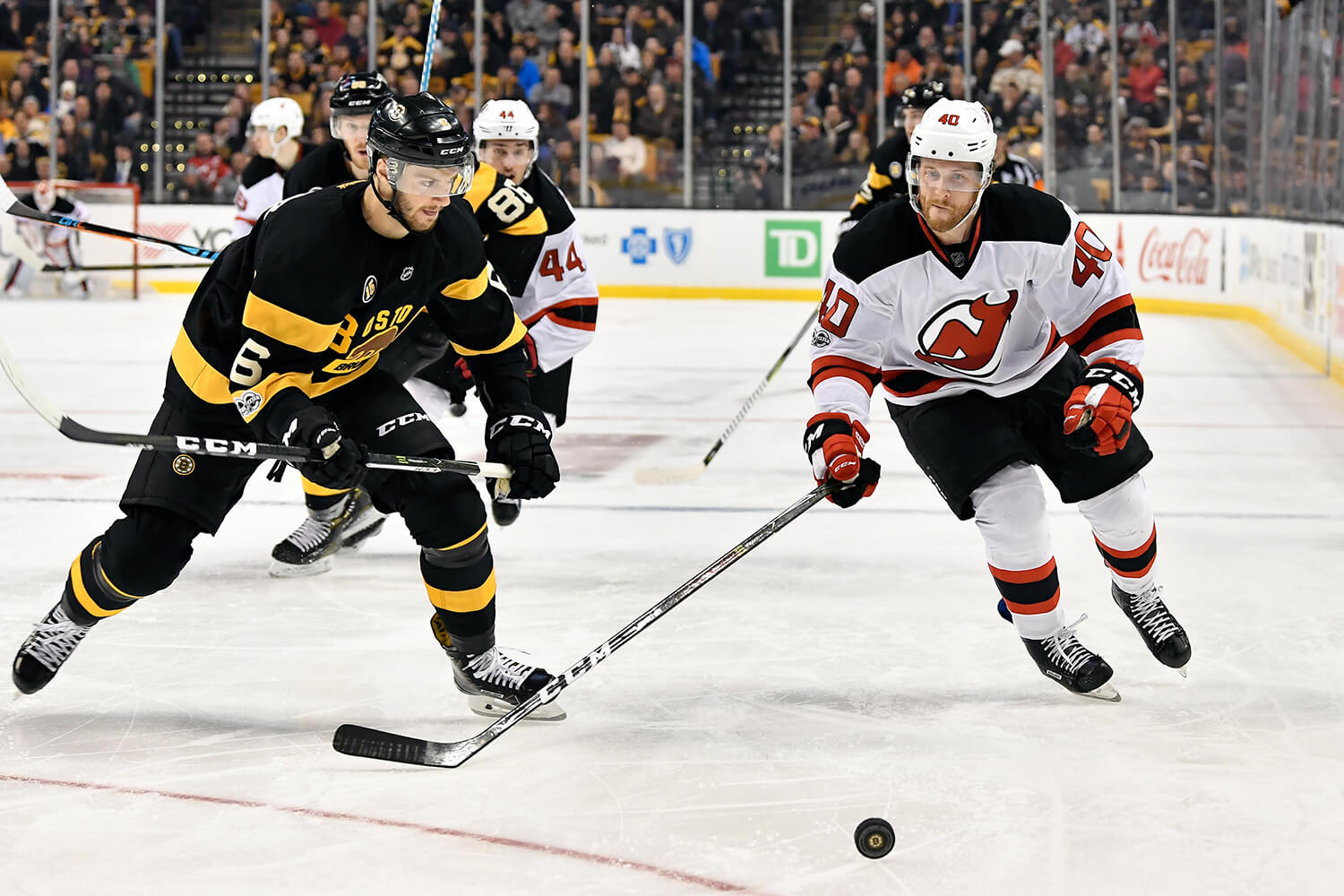 It was his goal on opening night that was going to set the tone on this 2019-20 campaign. The one of build-up and promise. The one where the Devils, who had seen one playoff appearance in seven years, finally arrive on the Eastern Conference map.

At 13:52 of the second period on an early October night, P.K. Subban lobbed a pass up the ice, the puck took a funny bounce and found a Devil darting to the net. With two Winnipeg Jets skaters breathing down his neck, he had little space to work with so while taking a path to descent he got off a one-handed wrist shot. What followed was a glimpse of the excitement that fans should expect this season at The Rock in Newark. We had after all, the goal that would be unmoved from one of the season’s best on the third night of the season.

But Winnipeg would get one back later that period, score three more times in the third and close out their comeback in a shootout. It was the first of what would be more than a few come-from-behind losses and third period collapses in Newark–the wrong kind of excitement for fans who came into the season riding the high of adding rookie phenom, Jack Hughes in the draft and trading for Subban and Russian star, Nikita Gusev while adding ex-Flyer Wayne Simmonds.

Before 2020, five-year head coach John Hynes was fired. One month later, Ray Shero, the architect behind the offseason maneuvers, was out as well. And with the team having to reverse course on initial expectations, the team traded its captain Andy Greene on Saturday. The 14-year Devil and captain since 2015 was a dramatic loss to the locker room, but his expiring contract hardly made the move unexpected. But the trade of Blake Coleman, who at the time of his magnificent opening night goal was encapsulating all the hype that surrounded the Devils, about an hour later was quite possibly the greatest reminder of the downward spiral since October.

“It came as a bit of a shock,” Coleman said via teleconference. “I’m excited and thrilled for where it ended up being and to play for a contender and a team that’s on such a role. I’m excited to get to mean those guys and get to compete for a Cup. Obviously, that’s what my dream is and it’s kind of the call I had with (Fitzgerald), he basically said ‘I’ll thank him later’ for having this opportunity. I’m very excited.”

In exchange for Coleman, the Devils get prospect Nolan Foote and Vancouver's first-round pick which Tampa got in the J.T. Miller trade

Shipped to Tampa for a package that included a first round pick, previously acquired from Vancouver in exchange for J.T. Miller–the other name dealt at the draft after Subban and Nolan Foote, a 2019 first round pick, who has garnered considerable praise from those who know NHL prospects the best as well as Interim GM, Tom Fitzgerald.

“A big, physical winger,” Fitzgerald said on Sunday. “(Has) an excellent shot and great offensive instincts, especially on the power play. He will complement our young forward group for a long time.”

Scott Wheeler, a prospect writer at The Athletic recently completed his rankings of each team’s prospect pool. In his ranking of Tampa at 19th, Foote was ranked second among the organization’s farm only trailing winger, Alex Barre-Boulet, presently AHL-bound. Also covering prospects with The Athletic, Corey Pronman’s August ranking of prospects also had Foote inside the Lightning’s top-five. Pronman also praised the winger’s shot, among his top qualities to aid him in an NHL career on pace to start sooner than later.

But even an acquisition that has been widely-praised is hard to swallow at the expense of a player like Coleman. Built internally, he was drafted in the third round of the 2011 draft–the last remaining player from that draft class that started with lottery pick, Adam Larsson. He played four seasons in college hockey and despite having the option to go unrestricted, he spurned the process that was becoming rather popular to sign with the team that drafted him. For as well as it turned out for him–237 NHL games played later, it turned out even better for the organization, needing some sources of offense in the bottom-six, he did that and then some. In parts of the last two seasons–43 goals, 67 points and a team-leading 395 shots. All that while accumulating 18 or more minutes in just 48 of 135 games.

“The asset return was just something that made a lot of sense for the organization,” Fizgerald said. “I know it’s not a popular thing. I know that. I’m realistic. I went through it myself as a player, felt I was a popular player at one time. But this is the business that chose us as players. But it’s the business and that’s all I can do with this trade. And it gives Blake Coleman a chance to win the Stanley Cup in the next two years.”

The Devils though can only focus on their timeline to win, made tougher when you subtract players of Coleman’s ilk. For all the promising assets collected, the versatile price paid could be deemed even tougher to find a suitable fit than Taylor Hall, the 2017 MVP, sent to Arizona’s Desert Dogs in mid-December. Another taxing reality stemming from a universally-accepted failed season.