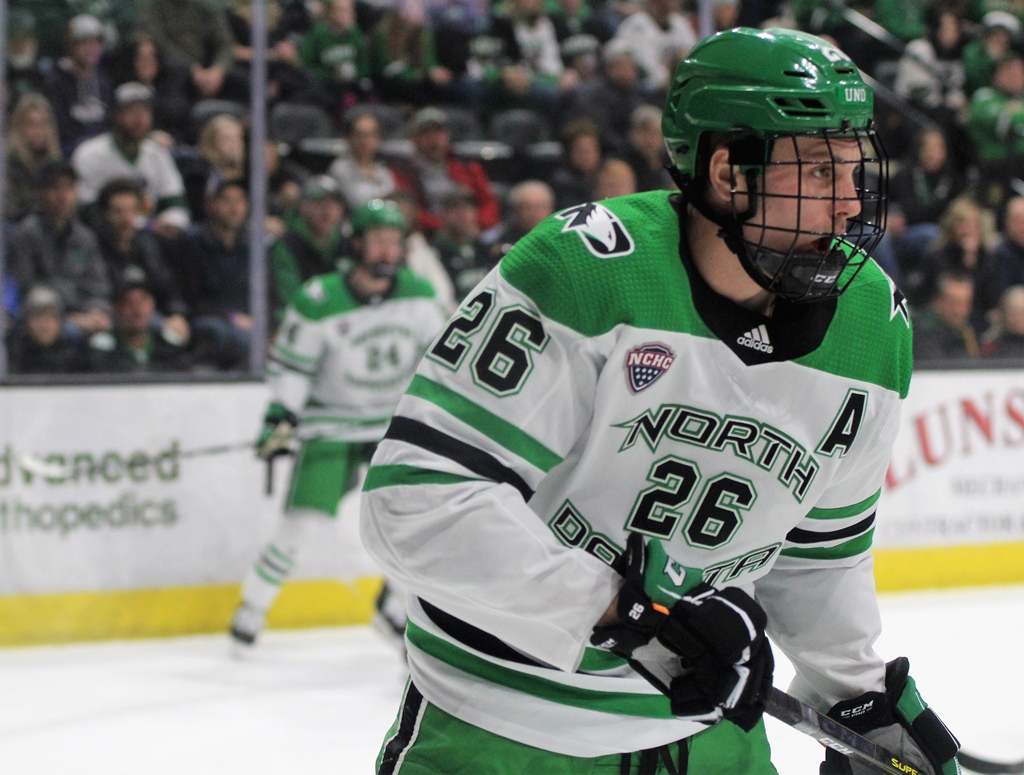 Each year hockey players from the NCAA ranks find their way to become part of different NHL organizations and this year is no different.  Despite the global pandemic that grips all of us and has paralyzed the sports world, NHL teams are still preparing for the future and signing future prospects to entry-level contracts (ELC’s.)

For one particular case, the road to the NHL has taken multiple, unanticipated turns and gone in circles.  Cole Smith has gone from a relatively unknown hockey player out of Brainerd, MN to a member of the Nashville Predators organization.  Sometimes fairy tales do come true and in the case of Cole Smith the last month must seem to be that culmination of a sports fairy tale.  At times, talent and physicality are all that a player needs in order to move up the hockey ranks to the professional level.  In the case of Cole Smith, perseverance, patience and simple hard work have begun to pay dividends in his hockey career and it won’t be surprising if he becomes a household name to Predators fans down that same road he faced so many turns and twists to get to Nashville.

The road for Cole Smith to the NHL began in his hometown of Brainerd, MN.  Smith was a typical Minnesota high school hockey player and was actually drafted by the USHL’s Sioux Falls Storm in the 10th round of the 2014 draft.  After being cut at his USHL tryout camp and no other prospects to speak of in terms of playing hockey, Smith ended up heading north across the border and for the next two years ended up playing in the Manitoba Junior Hockey League.  Smith did not make any sudden impact in that league either and could have likely ended his hockey career in obscurity except for one thing: University of North Dakota head hockey coach Brad Berry and his associate head coach Dane Jackson ended up going to Steinbach, Manitoba to scout a local goalie.  While they were there, they discovered this big kid from Minnesota and began watching him make an impact on the game.  Again, they returned, not to watch the goalie but this big, 6’4″ kid out of Minnesota playing up in the MJHL.  After two seasons in Manitoba, Smith left and went to UND on a partial hockey scholarship.  In the blink of an eye, Cole Smith went from an obscure player up in Manitoba to a 20 year old college freshman on one of the nation’s elite college hockey programs. Smith summed up his struggles to make something of his hockey career by saying “I always kind of see my game as trying to prove people wrong and prove myself right, basically.” – Cole Smith, Grand Forks Herald, 4/11/20.

While at UND, Smith played in 137 games during his collegiate career and scored a respectable 24 goals and a total of 51 points.  Smith develped a reputation as a tough, 6’4″, 197 lb. forward and left a mark more as a playmaker and a defensive forward.  In fact, despite the shortened season this year, Smith was a finalist for the NCHC defensive forward of the year award.  Smith posted a collegiate career- high 11 goals and 18 assists in 34 games with UND this season and was an impact player in UND winning the NCHC conference title before the abrupt ending of the NCAA season. Smith’s gritty style of play and sheer determination inevitably caught the eyes of NHL organizations and Smith was able to do something he certainly doubted would ever happen while in Steinbach, Manitoba -sign a contract with an NHL team.  Last month, Smith signed an entry level contract with the Nashville Predators on a one year, $700,000 contract with a $92,500 bonus in hand as well.

What does this story say about Cole Smith?  Hard work, grit, determination and intestinal fortitude are still hallmarks of the sport of hockey.  Cole Smith made it out of obscurity not just because of his physical size but his hard style of play made him a viable asset to an top collegiate hockey program.  While in college, Smith did the same thing-make his presence on the ice as a playmaker felt and his story continues on to professional hockey and possibly the NHL.  In a time of darkness and tragedy all around us in our daily lives, we need stories like Cole Smith to remind us that hard work, determination and patience will pull us out of this pandemic and hockey and other sports will be back in our lives as soon as possible.