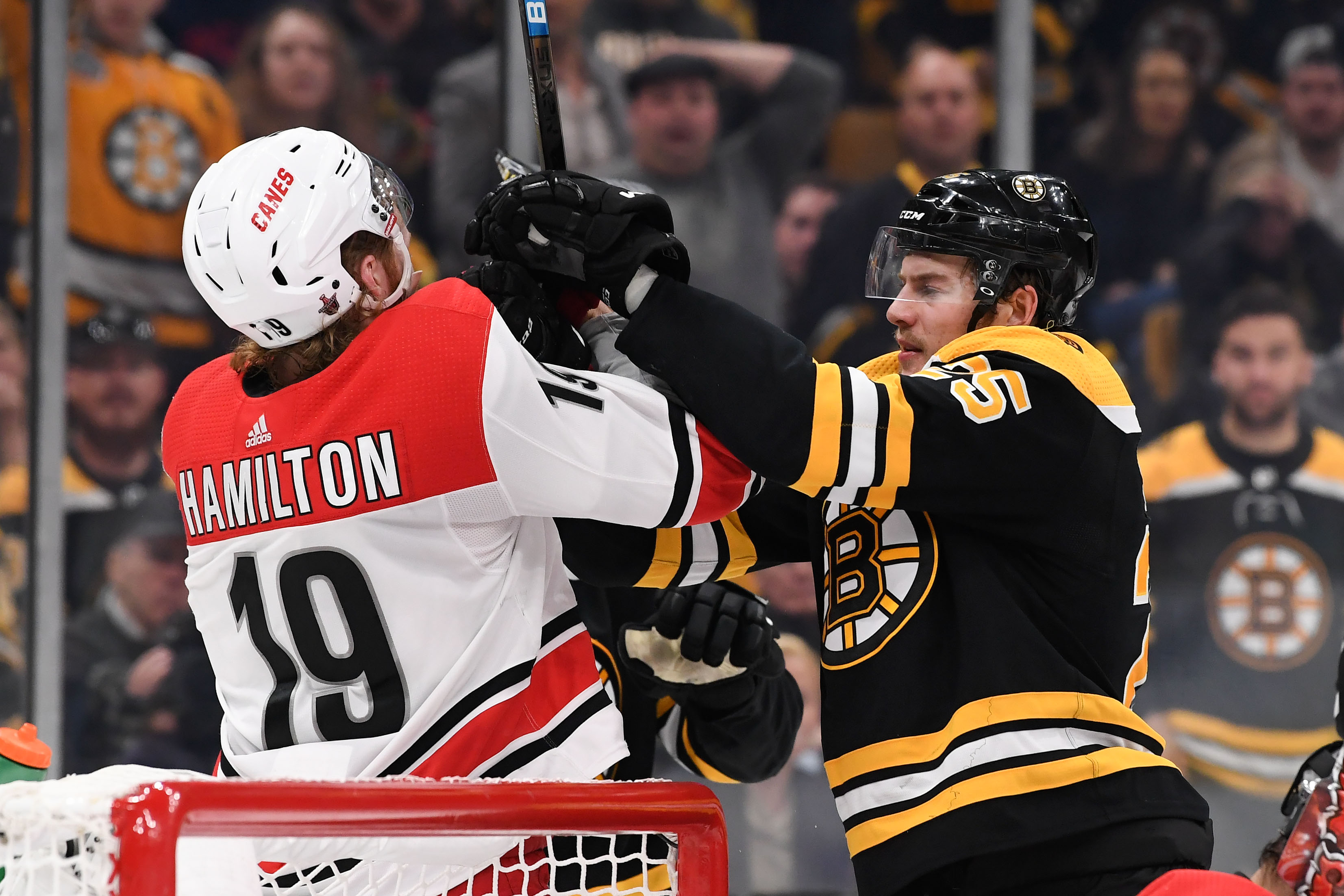 RALEIGH- The Carolina Hurricanes hosted the Boston Bruins for Game Three of the Eastern Conference Finals at PNC Arena. After two losses in Boston, Carolina was looking to shift the momentum of the seven game series with home ice advantage. The 18,768 fans in attendance would be disappointed in the outcome of the hard fought contest between two championship contenders.

The first period never developed a goal for either squad, however the opportunities were plentiful. There were combined ten penalties between the two teams, leaving both Tuukka Rask for Boston and Curtis McElhinney for Carolina having a long night on the ice. The Canes attempted 20 shots on Rask, executing none. The period would end 0-0 with the Carolina faithful hoping for a more ample outing in the second.

Carolina’s defense would fall back in the second period, allowing for the Bruins to take advantage. A minute into the period, Chris Wagner, a forward for the Bruins, would secure the first goal of the night from an assist from Joakim Nordstrom and Sean Kuraly. Five minutes later, Nino Niederreiter for Carolina would receive a high-sticking call, putting him in the penalty box for two minutes. Boston would take advantage, allowing Brad Marchand to shoot the power-play goal into the net. The Canes however would not let up due to a goal scored by Calvin De Haan, showing they still had life going into the third. The period would end 2-1, leaving Carolina with 20 minutes to dig out of their hole.

Carolina’s attempts to complete the comeback were to no avail. Rask for Boston would play outstanding for the Bruins, leaving the Canes wondering what it would take to secure the tie. Coach Rod Brind’Amour would empty the net for the last two minutes of the contest, allowing one last push for another goal. However, the Bruins would not allow any chance of overtime when the clock winded down to zero, securing the 2-1 victory over the Canes. This would also break the 5-0 streak for the Canes at home.