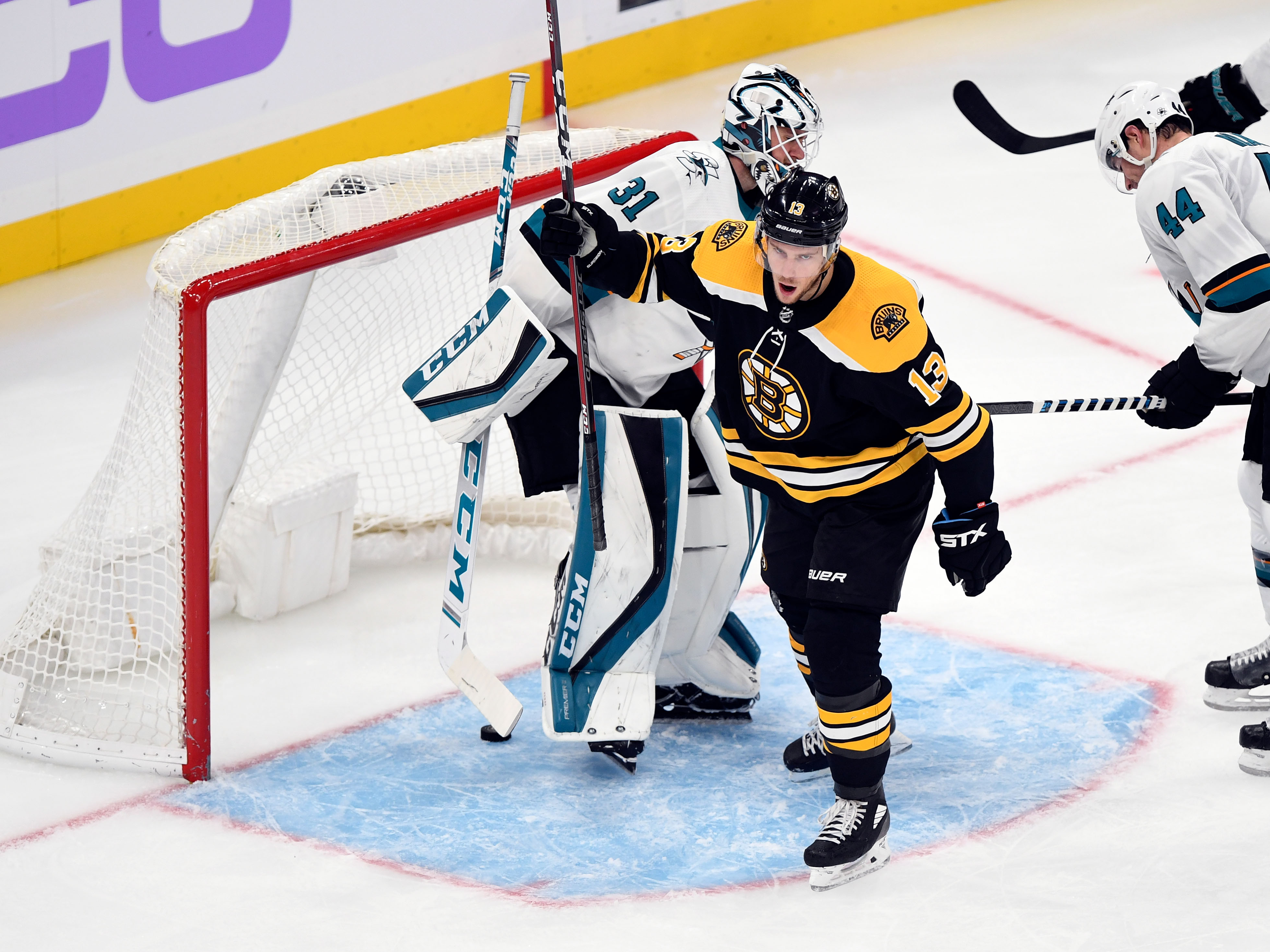 The lack of secondary scoring for the Boston Bruins was starting to reach a level of desperation. Something needed to be done, whether it was the players clicking with one another or just everyone putting in the full 60-minute effort.

Honestly, even a stroke of luck would have been sufficient for the B’s at this point. The return of injured players? A fortunate bounce of the puck? Contributions from the defense? All possibilities were on the table.

As fate would have it, all of the above-mentioned scenarios played out for the Bruins this past Tuesday night. Why? The San Jose Sharks came to town.

The Sharks are a team that the Bruins have owned over the last several seasons; Boston has swept the last three season series with San Jose, recording six-straight victories. If there was ever a time for the Bruins to work out all of the kinks and get the full consistency throughout the lineup, this was it.

Among the plethora of great things that took place during the B’s 5-1 victory over the Sharks was the play of Charlie Coyle.

The 27-year-old center recorded a goal, which was his second tally of the season. He also posted seven shots on goal and was 61.5% from the faceoff circle, both of those stats led the team on Tuesday night. There were times where Coyle was the most consistent player on the ice for the Bruins.

You could start to see this developing over the course of the last several games. He finally broke through this past Sunday night in Boston’s game against the New York Rangers, where he was able to notch a goal and an assist in the 7-4 win. Even though Coyle only has five total points on the year, the eye test should be an indication that the East Weymouth, MA native is starting to find a groove.

Playing with the right linemates can provide balance, consistency, and a level of comfort when it comes to producing offensively. David Krejci’s return to the lineup this past Tuesday against the Sharks allowed Coyle to settle in a third-line center role that is more suited for him. Also, it seems that there is some chemistry there between himself, Anders Bjork, and Brett Richie. That trio was able to match up nicely with the opposition and can be a viable third line as the season progresses.

However, it has only been a small sample size thus far. It will most likely take a bit longer for Coyle to be a real secondary-scoring option. During training camp and the preseason, Coyle was one of the best players wearing the Black and Gold. He recorded one goal and three assists for four points in three exhibition games. He was also tied for the team lead with a plus-4 rating.

Coyle is entering his first full season with the Bruins and the team will be counting on him to shoulder some of the offensive burden. He is starting to show signs that he can handle it.