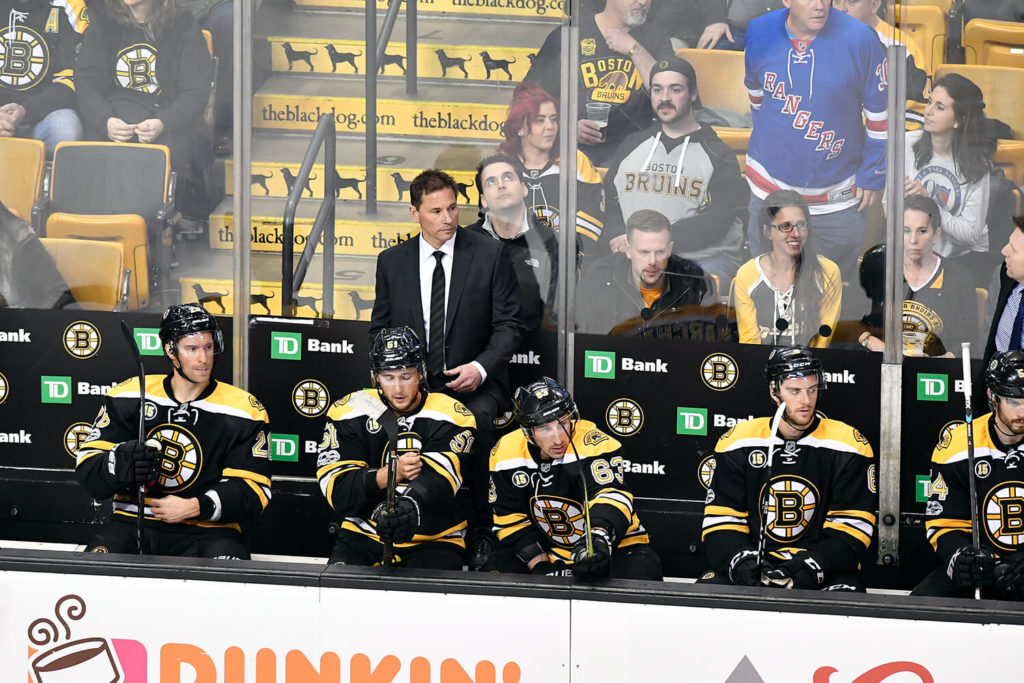 Cassidy: “Our Standard is to be Stanley Cup Champions”

What you get out of anything, reflects on what you put into it.

This can be said for numerous situations. But for this situation, the stake may be a little higher than the majority.

It has been over a month without any professional hockey across the globe; ice rinks are shut down, and while roller-blading is an alternative to ice skating, it is just not the same.

Cardio, however, can be maintained through biking, running, swimming, etc. But there is just no way to mimic the form of skating on ice.

No one is certain when professional sporting leagues will be able to play again. Regardless, head coach Bruce Cassidy is confident that his team will be ready whenever that time may come.

“My expectation is, like everyone else’s, is we got to be ready in a hurry,” Cassidy said. “We got to be quicker than the next team, and that’s very hard to predict because no one has ever gone through this. So, I know our players are excited about this opportunity, and I’m assuming it’s coming. I believe that part of it, they will be highly motivated to get themselves ready to play.”

However, more than a month off of regularly skating can hurt those who are getting older. Cassidy knows this, but he trusts his medical team will lead his players in the right direction.

“It starts with your strength and conditioning coaches and your medical team,” Cassidy said. “Where they [the players] are at. What is the risk of injury if we ramp us too quickly? So you will get some feed back and direction from their standpoint. I think the medical team typically deals with guys coming off, especially if they can’t skate from a period of time. So, we will probably have a good idea of what the load should be. Then I got to balance that with how much time we actually have. Do we have seven days of camp? Do we have 17 days? That factors into how fast we can ramp into it. Then it’s a conversation with each player. Obviously Bergy, Zee they need a little more time or different intensity than maybe DeBrusk or Pasta that’s younger.”

Prior to the season pause, the Bruins were, and still are, first in the league with 100 points. Part of the reason for this is because Cassidy says his team plays a pretty structured game.

“We are not a ‘loosey, goosey’ team that just relies on making plays all night to win,” Cassidy said. “I think that helps us in that regard. Structure can typically be our friend if you get your legs under you, or it’s your security blanket until you find your offensive game. So, that is the good part about our team.”

And, if his team has been keeping up with conditioning during these times, then it won’t be so hard to transition back into game-time mode. While Cassidy says that it is unknown about which team will come out of this break the best, he knows his team has a standard for the remainder of the season if it were to resume.

“Our standard is to be Stanley Cup champions,” Cassidy said. “That hasn’t changed, and that won’t change.”