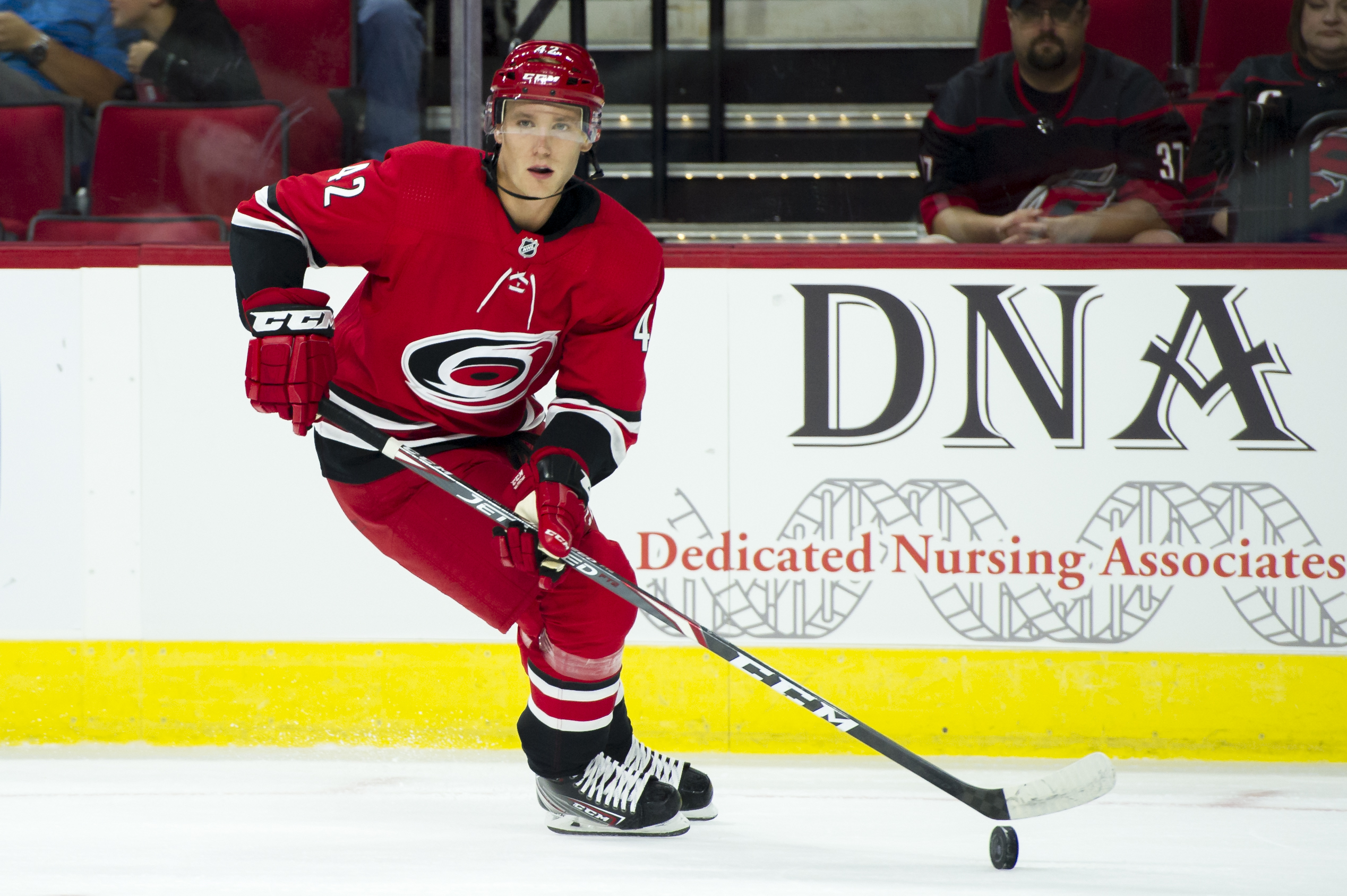 Carolina Hurricanes defenseman, Gustav Forsling (42), skates with the puck during the first period of a preseason matchup between the Tampa Bay Lightning and the Carolina Hurricanes at PNC Arena in Raleigh, NC, on September 18, 2019.

The Carolina Hurricanes have some decisions to make before opening night. After making roster cuts this week there are 30 guys left; 16 forwards, 11 defenseman, and 3 goaltenders.

The Hurricanes have a good problem to have. After exceeding expectations last season, the Hurricanes have done nothing but bolster their offense and solidify their defense; building an argument for the deepest blue line in the NHL. After retaining Petr Mrazek in the offseason and adding a few veteran guys to the team, the 2019-20 Hurricanes already look a step ahead of their predecessors. Martin Nečas should finally make the jump from AHL to NHL, although his preseason has not been as impressive as was originally expected. Gustav Forsling will likely be at the NHL level as he has had a very impressive preseason thus far and Trevor van Riemsdyk will be out for a few weeks from an injury suffered in the second round of the playoffs. Forsling is on the smaller side but makes great decisions, skates very well, and has great puck control for a defenseman. While he may not consistently be in the lineup, him and Joel Edmundson, who was recently acquired in a trade with St. Louis for Justin Faulk, could be splitting time on the third defensive pairing. Other than those few players, the majority of the roster is household guys in the Hurricanes organization who were all key contributors to the Stanley Cup run the team made last season.

The Hurricanes take on the Nashville Predators tonight at 7pm at PNC Arena in Raleigh, NC.