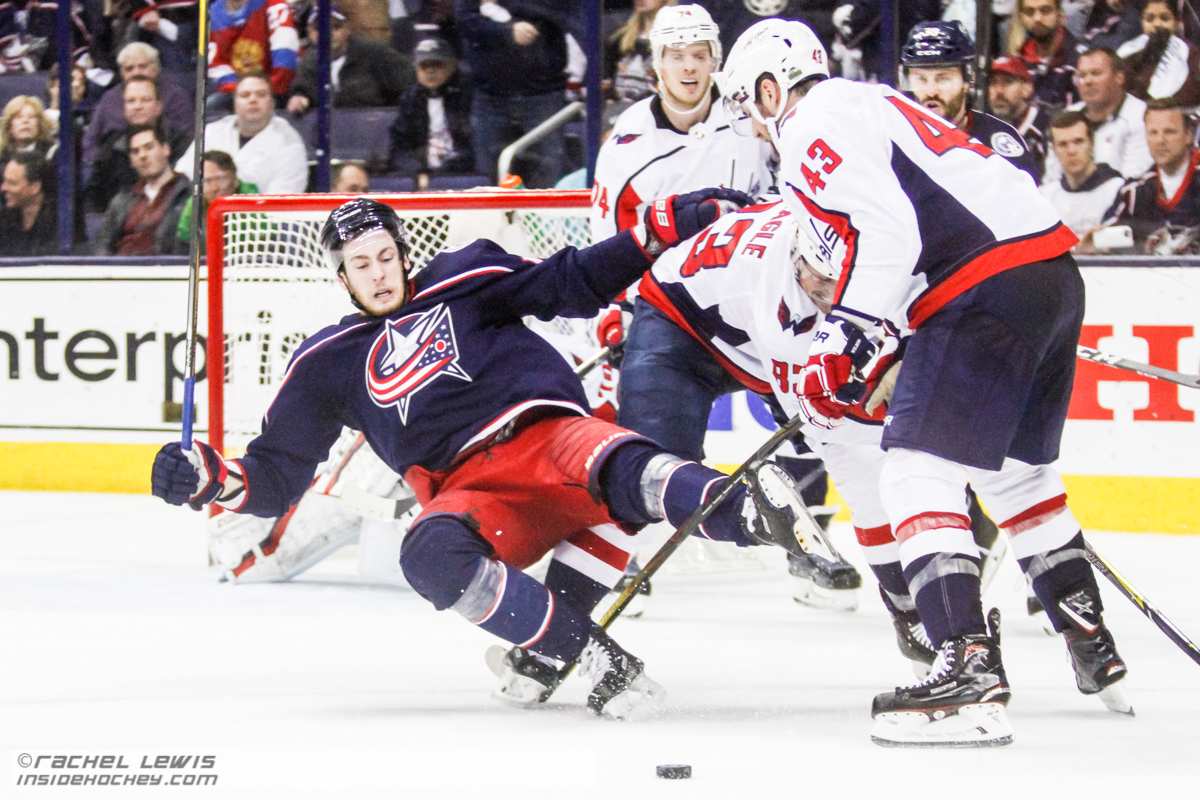 Game Four of the First Round Stanley Cup playoff series pitted the Washington Capitals, who once again finished first in the National Hockey League’s (NHL’s) highly contested Metropolitan Division against the Columbus Blue Jackets, who finished fourth in the Metropolitan Division, being barely eked out by the Philadelphia Flyers for third place.

The Blue Jackets won the first two games of the Stanley Cup playoff series against the Capitals, both of which were of the ‘come from behind’ variety and both of which were won in overtime (OT), Game 1 by the Blue Jackets, 4-3 in overtime after the Capitals sported a 2-0 lead, only to surrender two (2) goals on two (2) power play goals late in the third period to knot the score at 3-3. Artemi Panarin scored the game-winner in overtime to take Game 1.

Game 2 was a repeat of Game 1 where the Capitals had a 2-0 lead but lost in overtime, 5-4 on a Matt Calvert goal to put the Capitals in a two games to none hole, summoning their past demons of stellar regular seasons only to get eliminated early in the Stanley Cup playoffs.

However, the Capitals rebounded in Game 3, also decided in double overtime, on a strange goal by Lars Eller, with Braden Holtby looking like his former Vezina (NHL’s award for its best regular season goaltender) trophy winning self in the Capitals net, stopping 33 of 35 Blue Jackets’ shots to record the victory and tighten the series, two games to one.

The Capitals extended their lead to 3-0 on a Alex Ovechkin’s third goal of the series at 2:49 of the third period as the Blue Jackets continued to be out of synch in their passing and defensive positioning. Boone Jenner awakened the quieted Nationwide Arena crowd on a redirected goal from a blast from the point by Josh Anderson at 6:22 of the third period. However, Evgeny Kuznetsov scored an empty net goal to seal the victory for the Capitals, 4-1

With the victory, the Capitals evened the series, two games to two, meaning both teams have won their respective games at the opposition’s home arena. Game Five of the series returns to Capital One Arena on Saturday afternoon at 3:00 P.M. The Blue Jackets need to regroup from a lackluster performance in Game 4 if they wish to avoid putting themselves in a ‘must win’ situation for Game 6, which returns to Nationwide Arena on Monday night at 7:30 PM.