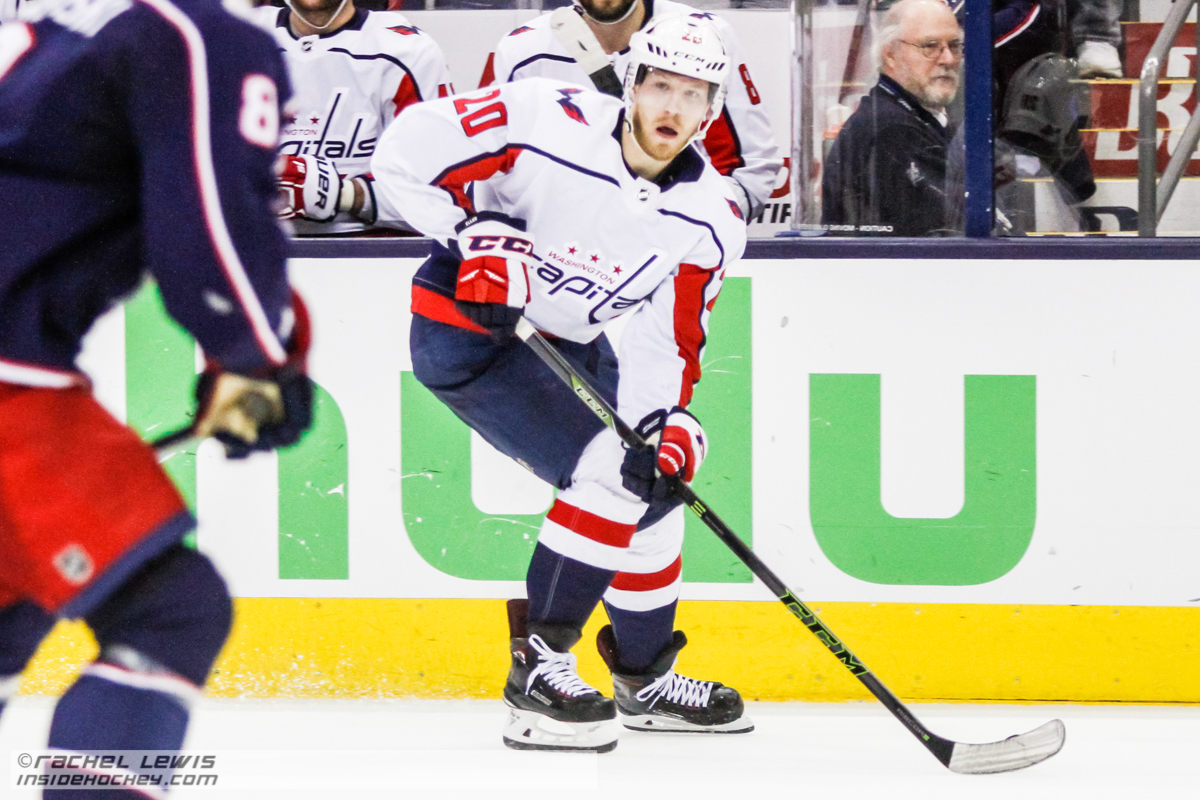 Boston, MA – Jakub Vrana‘s shootout goal was the difference between one or two points for his Washington Capitals on Wednesday night as they eeked outa 2-1 win over the Boston Bruins. The clash between two of the MassMutual East Division’s top three teams shows that every point matters. With the win, the Caps extended their lead over Boston to three points.

It appeared as though the Capitals and Bruins were trying to lull the other into submission through the first two periods of play at TD Garden. The Capitals held a slight 11-9 edge in the shots on goal category after forty minutes. Bruins sniper David Pastrnak hit the post just over five minutes into the game. However, that would be the extent of Boston’s offense until 15:28 of the first.

During an early break in play, the TD Garden video board played a tribute to former Bruins captain Zdeno Chara in his first game back in Boston since leaving as a free agent before the season.

The Caps had their own stretch of futility in the first and second periods, with just one shot on goal in 23 minutes of play. When they did get chances on the net, Tuukka Rask (27 saves) was there for the stop. Rask had quite a few highlight-reel saves throughout the game.

Pastrnak broke open the scoreless affair at 1:19 of the third period. Brad Marchand chipped the puck past John Carlson at the Bruins blue line. Marchand recovered the puck just outside the Caps zone, where he dished to Pastrnak for the one-timer past Vitek Vanecek (18 saves). Pastrnak’s goal was his 10th of the season.

Lars Eller tied the game at 7:14 when he banged home a rebound past Rask at the side of the Bruins goal. Richard Panik and Nick Jensen assisted on Ellers’ fifth goal of the year.

The chippiness from both teams lasted throughout the game. Lots of solid body checks, scrums, and Trent Frederic trying to fight anyone.

In OT, Rask continued to stonewall the Capitals during the three-on-three action. A split save on Dmitry Orlov was followed up with a sliding stop on a Nicklas Backstrom attempt.

The Bruins were unable to put the puck past Vanecek in the shootout. Vrana’s goal, the Caps’ first attempt, held up for the win.

“Seemed like the ice was heavier tonight, for both teams,” said Bruins coach Bruce Cassidy. “They looked fatigued; the puck was bouncing around a lot. It didn’t lend itself to a lot of crisp plays.”

“We’ll try to step on the gas a little bit more, and they’ll probably say the same thing,” Capitals coach Peter Laviolette said. “It was just one of those games. It was tight. You had to play the game that was dealt. That was the game that was dealt, and I thought our guys did a good job defensively. We know they’ve got a good team, and so it was a good win for our guys.”

The two teams meet again on Friday at TD Garden. The puck drop is at 7:00 pm.