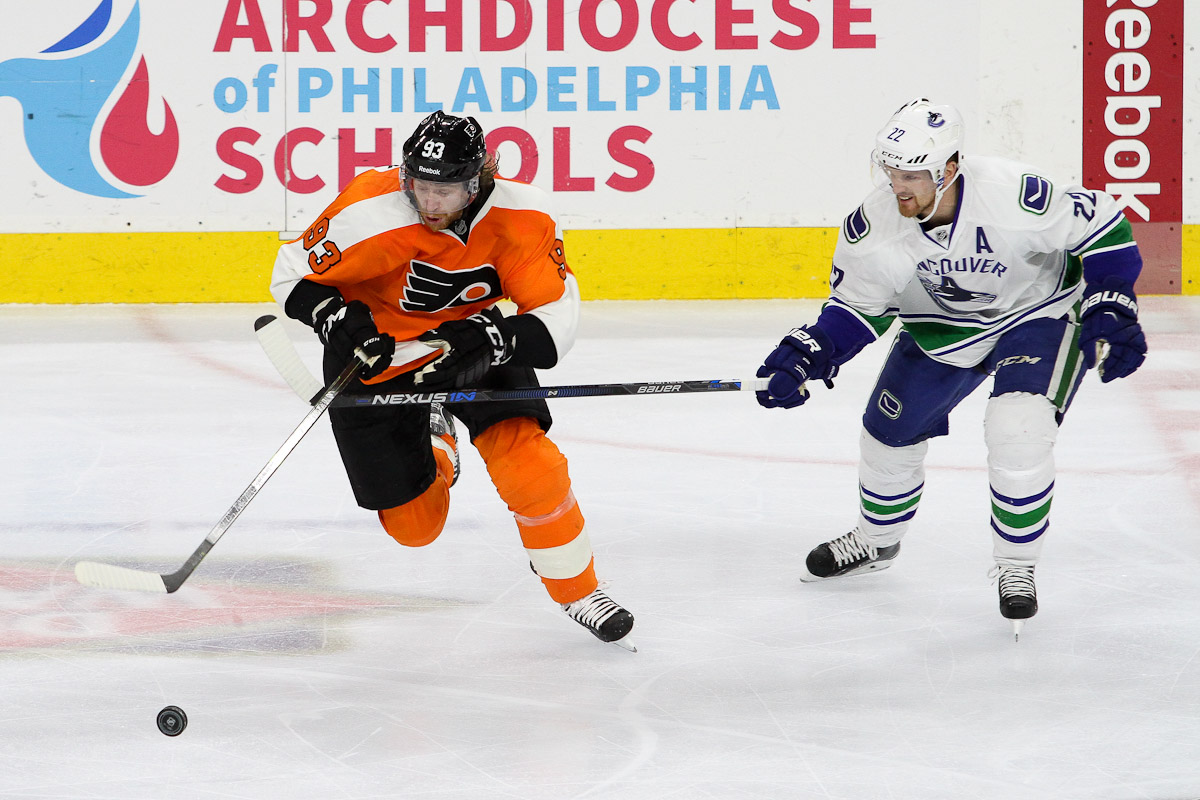 It’s almost here – just a few more days until the Canucks begin the 2016-17 NHL season. While it may have been overshadowed by the World Cup of Hockey, the Canucks finished their seven-game preseason on October 8th, and are now solidifying their roster for their season opener against the Calgary Flames on October 15th. With multiple players and varying rosters each game, the NHL preseason is often full of different storylines, as players fight to make a good impression in order to make it on to a team’s roster. This year was no exception to that. Here are just a few of the main storylines from the Canucks’ 2016-17 preseason:

A few of the Canucks’ preseason games went south partly because of a lack of discipline. In a 2-1 loss to Calgary on September 30th they had 28 penalty minutes, and in a 3-2 overtime loss to San Jose on October 2nd they had 34 penalty minutes.

There is no sole perpetrator. In the loss to Calgary, nine different Canucks (most of them forwards) took the penalties. In the loss to San Jose, the Canucks’ defence took 25 of the 34 penalty minutes. Both of Calgary’s goals and two of San Jose’s three goals were scored on the powerplay; the penalty kill was definitely not a strength for the Canucks.

Stecher, the 22-year old defender who was signed by the Canucks in April, had a great preseason. He essentially stole the show in the Canucks’ second preseason game, notching one goal and two assists in a 5-3 win over Edmonton on September 28th.

An offensive defenseman, Stecher spent the last three years with the University of North Dakota. With this being his first test with the Canucks, Stecher looked confident and performed well, even as the games progressed and he faced more NHL talent (i.e. Connor McDavid).

The Canucks have opted to send Stecher to their AHL team, the Utica Comets. He had a great preseason, but still has room to develop before playing full-time in the NHL.

“He had a good camp, did everything we asked and it surprised me how well he played,” head coach Willie Desjardins told The Province. “I knew he could play in the NHL, but I didn’t know he’d be this close right away. But the biggest thing, is you try to set guys up to succeed. We have a heavy schedule to start and I don’t know if that would be setting him up to succeed.”

The Sedins and Loui Eriksson played their first games together in Canucks jerseys during the preseason, suiting up for the last two games. They recently finishing playing together in the World Cup of Hockey, where they played together on Team Sweden.

Eriksson had two goals in the Canucks’ 4-0 win over Calgary on October 6th. The hope is that Eriksson, along with the Sedins, can produce a lot of offence for the Canucks. The Sedins have continued to be at or near the top of the team for goals, assists and points, but their output has dropped since the days when their former linemate Alex Burrows was in his prime.

“We’ve played with a lot of good players. Sometimes it clicks, and sometimes it doesn’t. There’s really no explanation for it,” Daniel Sedin told Yahoo Sports. “[Eriksson]’s a good player. He’ll fit on any line in this league.”

The Canucks did not see much of centre Brandon Sutter on the ice last season. He broke his jaw in February and hasn’t been seen in a Canucks jersey since, at least not until the 2016-17 preseason. Sutter was brought to the Canucks in 2015 and was meant to play a key role on the team, but only played 20 games last season (scoring five goals and four assists) because of injuries. Granted that he is injury free this season, Sutter should provide the Canucks with an offensive push and take some of the pressure off of young centre Bo Horvat.

In preseason action, Sutter scored two goals, one in the 4-0 win against Calgary and one in a 3-2 win over Edmonton on October 8th. He also assisted on Granlund’s game winning goal against Edmonton.