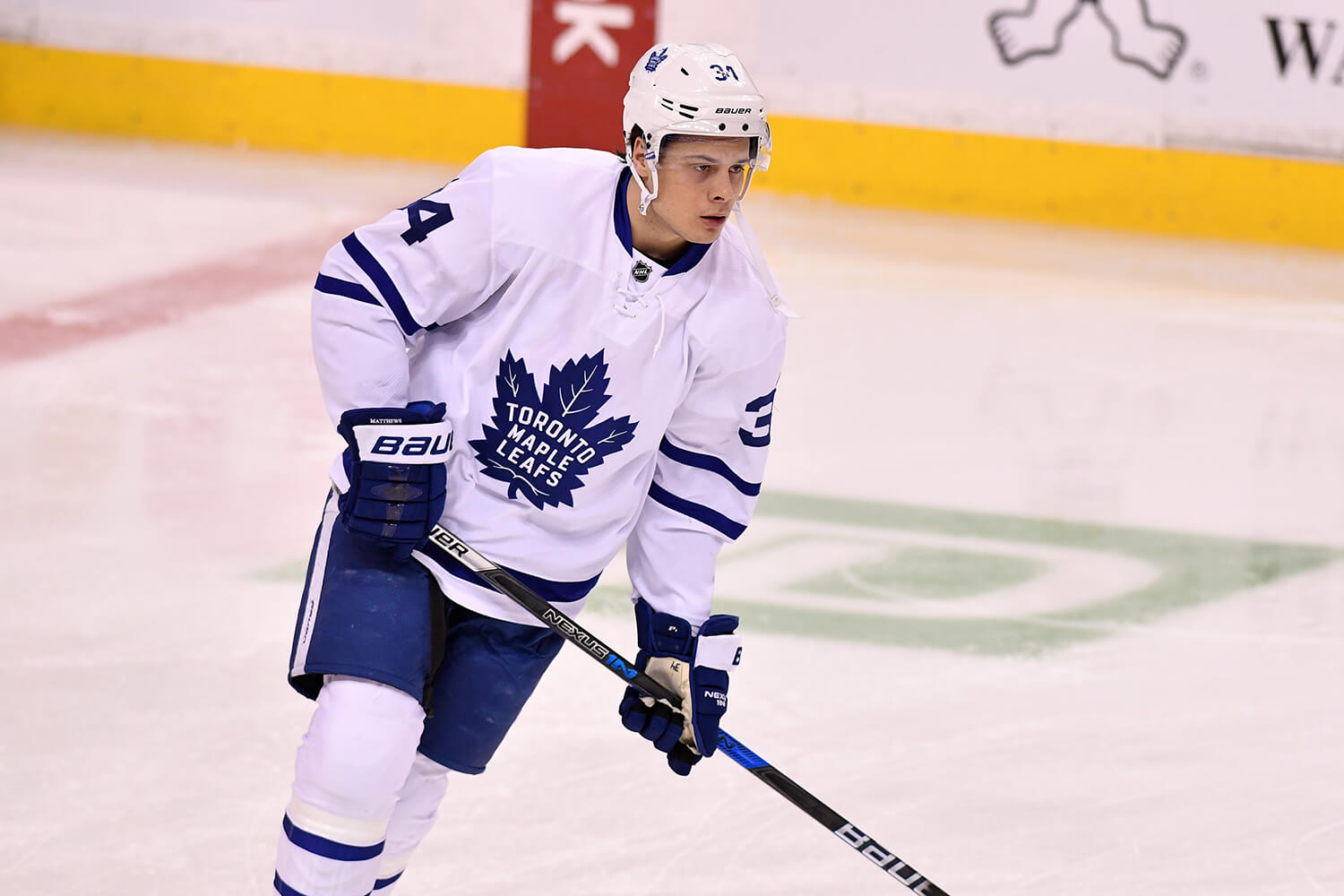 LOS ANGELES – The Kings have handily outclassed Eastern Conference teams this season, going 9-1-0 against them thus far. Their only loss was on the road in Toronto. Thursday, they repaid the Leafs with a victory at home. The game saw Toronto plagued by turnovers and down a handful of goals before crawling back to make the score respectable. To many onlookers, it might have appeared like Toronto had no chance, being sluggish and slow in the first two periods. Things reversed near the end of the second period, and it looked, as the third progressed, like they might just turn it around. The Kings held firm.

Tyler Toffoli scored the decisive goal and Jonathan Quick recorded 33 saves as the Kings defeated the Maple Leafs 5-3. The Leafs were out of the game early, but they outshot the Kings in each of the final two periods.

Los Angeles (10-2-1) extended its franchise-best start and recorded its fourth consecutive home win against the Maple Leafs over the past four years. Quick posted his eighth victory.

Coach John Stevens focused on the play of his team in the early going.

“We did a good job early at putting the puck to the net,” he started out saying. “I do think we got people to the net, got pucks to the net, and created some offense. We did do that at times.”

Los Angeles opened a 7-0 lead in shots to begin the game, and scored five times before the Leafs got their first goal.

Toronto (8-6-0) lost its second game back-to-back after being defeated by Anaheim 3-1 on Wednesday night. Curtis McElhinney faced 28 shots, recording 23 saves. Auston Matthews had a goal and an assist. The goal came on a penalty shot, the first of two he attempted.

“He’s actually played well. That’s why he’s stayed in the lineup. He’s a kid that’s scored lots from where he played in Junior. He’s very opportunistic around the net, and it was great,” Stevens said.

The goal came with Gardiner on his backside after falling down trying to corral a pass. Toronto coach Mike Babcock commented on the mistake.

“You can’t outscore your turnovers, so we have to do a better job in that area,” he said. Nobody would say it after, but the ice must have been crummy. Even a ref landed on his posterior. This when Kopitar was chasing Matthews on a breakaway. Perhaps that’s why the one in stripes called the penalty shot. Kopitar barely got a stick to wave past the Toronto phenom’s hands. After, Stevens would say that “We thought that Kopitar reached, but didn’t commit a foul.” There was obviously some doubt in the officials’ minds as well, because they gathered together and they stuck with the call.”

The Kings scored two more goals in the first period, by Michael Cammalleri and Trevor Lewis. Cammalleri’s goal was one of two the Kings got on the power play.

“They jumped us. They got the goals when they needed them, and unfortunately we couldn’t recover. Obviously, it’s not the way you want to start a game.” He added, “Unfortunately, we were in too big of a hole early.”

Los Angeles added a pair of goals by Tyler Toffoli late in the second period.

Quick had his shutout broken when Auston Matthews scored on a penalty shot at 17:50 of the second period. With the goal, Matthews has ten on the season. As mentioned, Kopitar had committed the phantom foul that led to this attempt.

The Leafs added a second goal, by Morgan Rielly, with 1.5 seconds left in the period.

Toronto’s Connor Brown made it 5-3 on the power play at 12:00 of the third period. “Uh-oh,” Kings fans could be heard to exhale. “Here we go again.” Maybe they were thinking of the time that their baseball team had blown a comeback. What was that, game five of the World Series? Maybe six. Doesn’t matter. The Dodgers lost, which is all that most will recall.

The Leafs had a second penalty shot awarded when Kings’ defenseman Jake Muzzin dislodged the net with under two minutes in the third period. Matthews came in slowly, as he had done on his prior penalty shot. Instead of deking, he launched a long wrister. It sailed over the net.