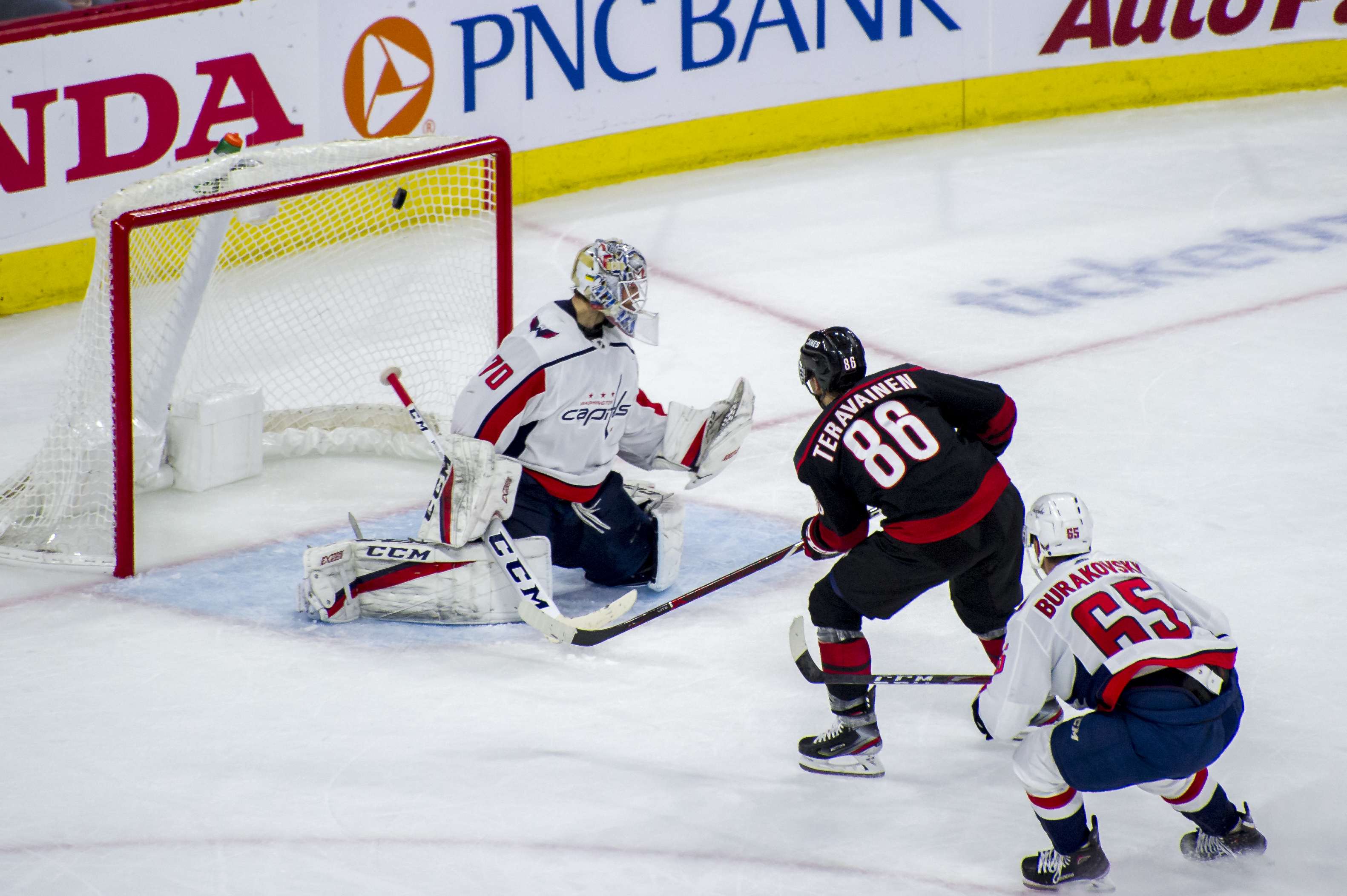 ‘Canes’ Record Attendance a Boost to Help Even Series

Roars came from the stands in PNC Arena Thursday night. Monday night was loud as it was the first playoff game at PNC Arena in nearly 10 years. Thursday nights crowd put Monday nights’ crowd to shame in terms of noise level. Many people wore ear plugs to help fight the noise of the crowd; others simply covered their ears as the record attendance crowd roared.

Fans of the Hurricanes didn’t have to wait long to get pumped up. Seventeen seconds into the game Warren Foegele slipped the puck past Braden Holtby to ignite the fans. From there, the Capitals took over and really put Petr Mrazek to work. Mrazek bailed the ‘Canes out a few times in the first period to maintain the lead. The Hurricanes eventually worked their kinks out and began to compete again. While the first period shot total ended up 9-8 in favor of the Capitals, a marginal advantage, the scoring chances by the Capitals were far superior to the hometown Canes.

About nine minutes into the second frame, the Washington Capitals were awarded their first power play. Similarly to the game winning goal that Brooks Orpik scored to steal game two from the Hurricanes in Washington, a stick-less Hurricanes player led to a power play goal by none other than Alex Ovechkin. As the game was now even again, the momentum shifted to Washington a bit. PNC Arena felt tense and the fans, while still somewhat active, were much quieter. Washington put many shots on goal but Mrazek stood tall and defended the net well. With 27 seconds left in the period, Teuvo Teravainen snuck in to put one past Braden Holtby and regain the Hurricanes lead to end the second period. From there, the game’s physicality increased; a play style that benefits the Hurricanes against a team like this. A TJ Oshie injury about halfway kept him out for the remainder of the game with what appeared to be a shoulder injury but that in no way slowed the Capitals offense. With Holtby pulled with approximately two minutes left, the Hurricanes were faced with a 6-5 situation. Players from both sides played hard and a late Dougie Hamilton check on Alex Ovechkin at the blue line helped to seal the deal as the teams heard the final horn go off with the score 2-1.

Three Stars of the Game:

Game notes: Calvin de Haan returned from his upper body injury and finished with 12:21 TOI, PNC Arena set a record attendance for hockey at 19,202 fans, TJ Oshie left the game in the third period and did not return with an apparent upper body injury (shoulder).