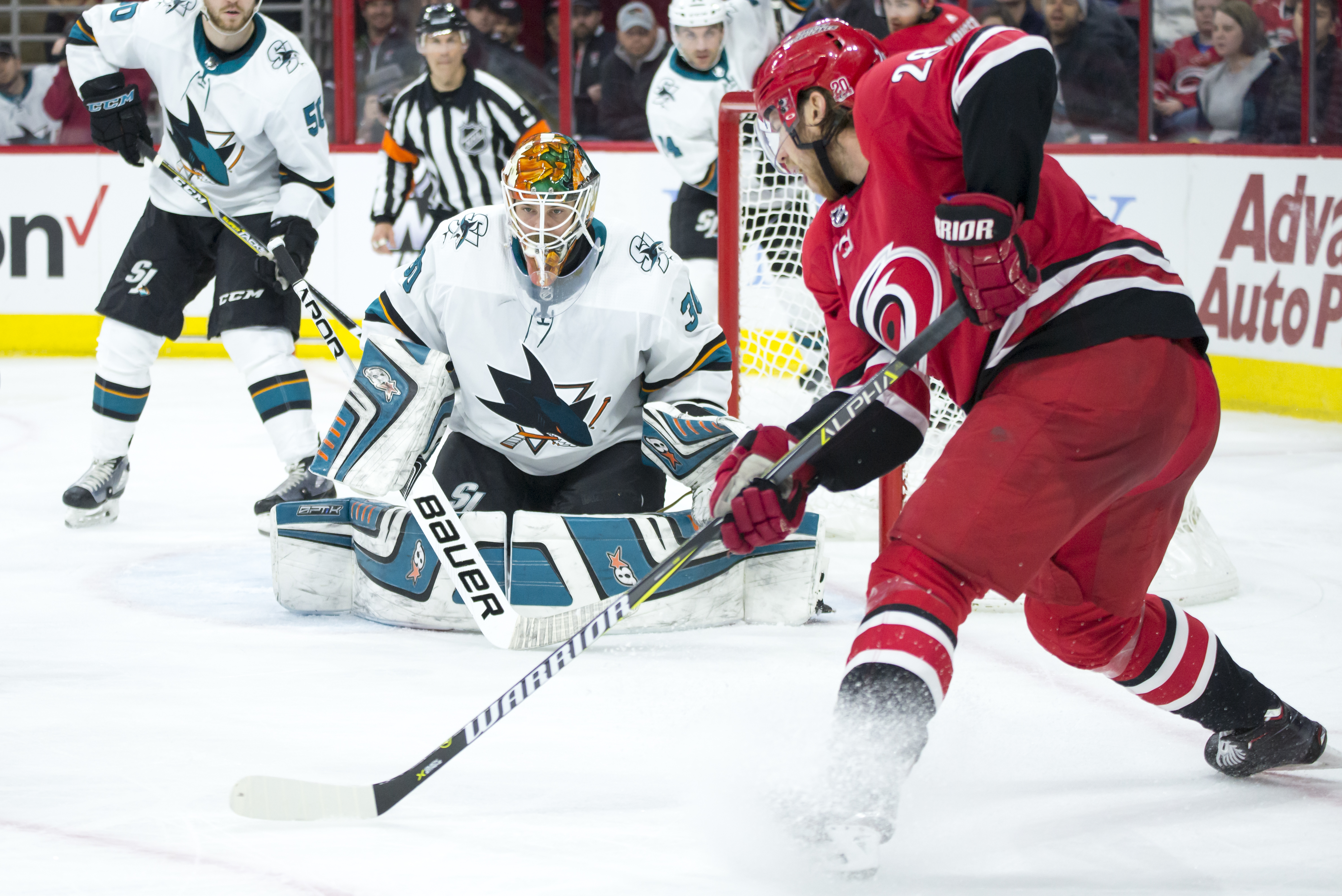 The second period was highlighted by a goal from all-star defenseman, Brent Burns, at the 17:57 mark assisted by Joel Ward and Joakim Ryan. After a cross check by Brenden Dillon to Brock McGinn sparked one of the best fights of the season, the Hurricanes could not capitalize on the two-minute power play that ensued. The rest of the period was fairly even, although the Hurricanes end up outshooting the Sharks 12-8 in the second.

With the score 3-1 starting the third frame, the Hurricanes needed a spark and came out firing on all cylinders. While they played much better in the third, it still wasn’t enough to sneak on past Aaron Dell, who stopped 29 of 30 shots on the night. Cam Ward had a solid game in net but surrendered three goals on 26 shots faced. One big takeaway from the game was the Hurricanes ability to play physical. They outhit San Jose 33-17, though it did not help them where it counts.

The Hurricanes are back in action Tuesday night as they take on the Philadelphia Flyers at PNC Arena. In his post-game press conference, Coach Peters eluded to the idea of switching the roster up for the game against the Flyers on Tuesday, with full intentions of pulling some guys up from the Charlotte Checkers squad.