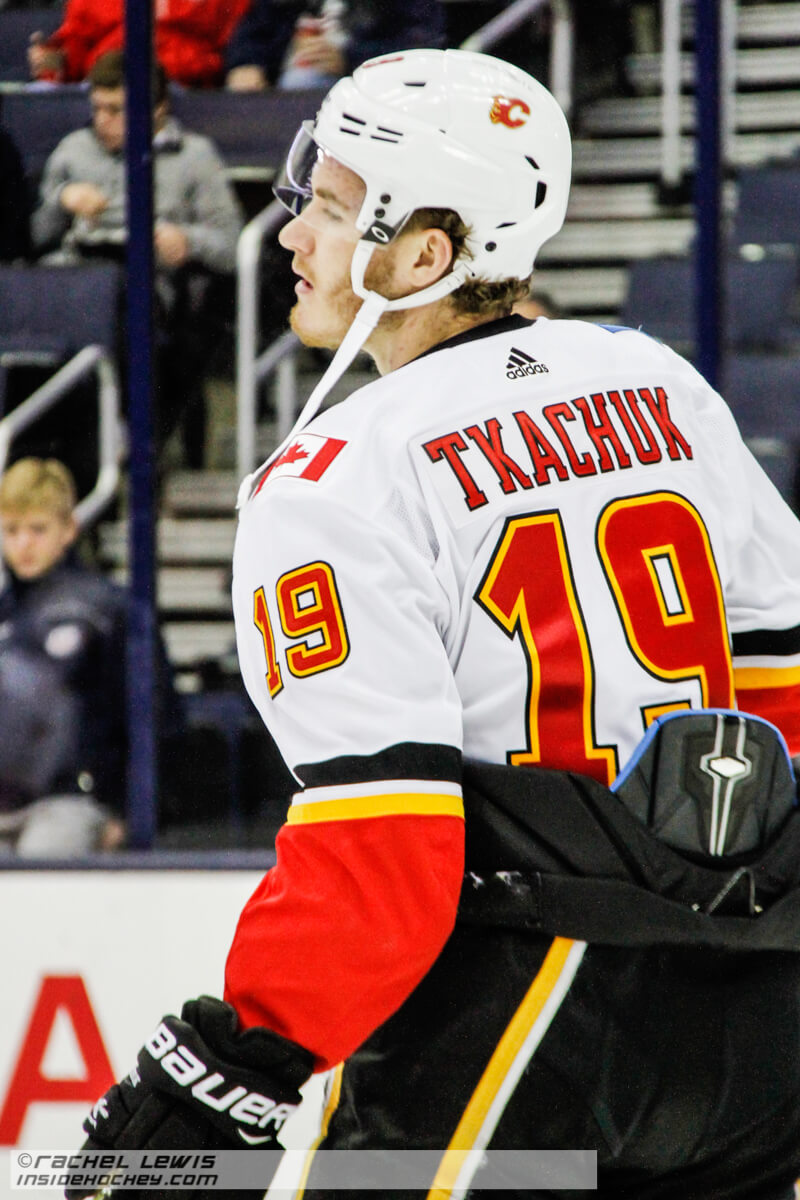 Of late, the LA Kings have just kept winning. With a victory on Monday night versus Calgary, in fact, they would be but a point behind the Flames for the Division lead. They would do so only if they could overcome an early deficit. Calgary scored with just ten seconds gone, a Johnny Gaudreau shot from behind the goal line to the left of the net with Cal Petersen having missed a dump-in. Johnny Hockey put the puck to the crease and had it bounce off Petersen’s pads and end up in the net.

Funny enough, at the last home game, the Kings had allowed a goal to Seattle within the first 14 seconds.  What a start from a team who had beaten these same Flames in Calgary in a shootout last Thursday and had taken five of six points from tough opponents in their last three games.

Petersen in the Kings’ goal was starting his third straight game, the first time he’s done that this year. He had to make a glove save shortly after the early  goal just to keep it from being a worse start. The play  was Gaudreau to Tkachuk. (Tkachuk’s name will appear many more times here, as he was in the middle of everything all night.)

The Kings have of late done it all with a ton of players out with injury. Just to mention a few, there were Doughty, Brown, and Brendan Lemieux. Eight Kings’ regulars are currently out.

A couple of them are said to be close to returning, but even if they do, it might be hard to fit them into a winning lineup, though easier now, since the LA side would eventually  go on to lose this game. Still, many Kings players are maxing their potential. Adrian Kempe, for instance, had nine points in the last nine games. He would add a goal, his thirtieth of the year, shortly before the first period of Monday night’s game was over, and then another to make it 31.

Kopitar also has a streak going, gaining seven points in the last seven games. He, Iafallo, and Kempe are going well together. He would end the night with assists on both Kempe goals.

So the Kings tied the game, 1-1, late in period one, and as the last 2:34 came, there was a bit of a scrum in front of the LA net that looked a lot like the mess in Anaheim that cost Troy Terry a black eye. Tkachuk was in the middle of it, at one point grabbing and tugging on the goalie’s jersey. Meanwhile, Gaudreau waded in and pulled Sean Durzi down backwards with a horse collar move.

The Kings ended up on the power play out of it, and they scored, Kempe again. This time it was off a pass from Kopitar down low to Kempe in the high right slot. No one-timer this time, instead he flung a wrist shot that he measured to go just  inside the post.

The Kings had thus redeemed a disastrous start with a 2-1 lead. The shots were 13-6 for Calgary.

Period two saw the spectacular action come from the Flames. Tyler Toffoli got a  puck out of the penalty  box and shot high  on a breakaway. Tkachuk tried a lacrosse-style goal, but couldn’t turn the corner with it on his blade. Gaudreau set up the goal to tie the game by passing out from behind the net to Elias Lindholm, who shot it back against the grain. Petersen waved a leg at it but had no chance as it went into the empty right side of the net. 2-2.

The  Flames went ahead late in P2 when Bjornfot coughed up  a puck at the half wall, Carpenter grabbed it and fed it to Gaudreau, who  did a mini-deke in front of the net and put it past the goalie. That would end the scoring, a 3-2 game in what Sutter famously  called “a 3-2 league” when he was coach in Los Angeles. The two later goals, numbers two and three on the night for Calgary, came 1:05 apart.

The Kings had lots of chances to tie the game once again in period three, but they failed. Their chances mainly came down to opportunities on the power  play. On one advantage, the Flames blocked three LA shots and allowed none to get to the net. On the  next. Kempe almost completed his hat trick when he flung a shot from just inside the blue line, surprising  Markstrom, who took it high off the  shoulder area.

The  hockey gods weren’t done teasing Kempe, as he had another go right in front of the net, in the crease, but  he couldn’t get it on his stick. When he did secure it, he  couldn’t get off a shot.

For  LA, there was one last gasp of hope when  the Flames’ Tkachuk high-sticked Philip Danault for a four-minute penalty with just over two minutes to go in  the game. Once more, the LA side couldn’t get a goal. They took a penalty  of their own with a few seconds left to nullify  any hope of a win.

The game was hard-fought, with one final scrum on that last Kings’ PP, and it was one in which there was no space, a factor that the captain, Kopitar, attributed to the lateness in the season and the fact that everyone was fighting for something—playoffs, seeding, and so forth.

The stats showed how close this 3-2 game was. Shots were 33-29, and blocks 12-13, Calgary named first each  time. The Flames won the faceoff war by a considerable margin, an important factor in the game.

Coach McLellan said after that “this was harder than the [game] in Calgary. A  little more physicality, both ways, but  a good game for us to be involved in. A fine line between the two teams tonight, we were just on the short end.”

He  cited the fact that his team had made mistakes on both the first and third goals. “One and three are preventable,” was his elocution. He summarized, “Fine line this time of the year but good for  us to play in these type of games.”

The Kings face the other Alberta team, the Edmonton Oilers, on Thursday night  at home.

Brian Kennedy is a  member of the PHWA.