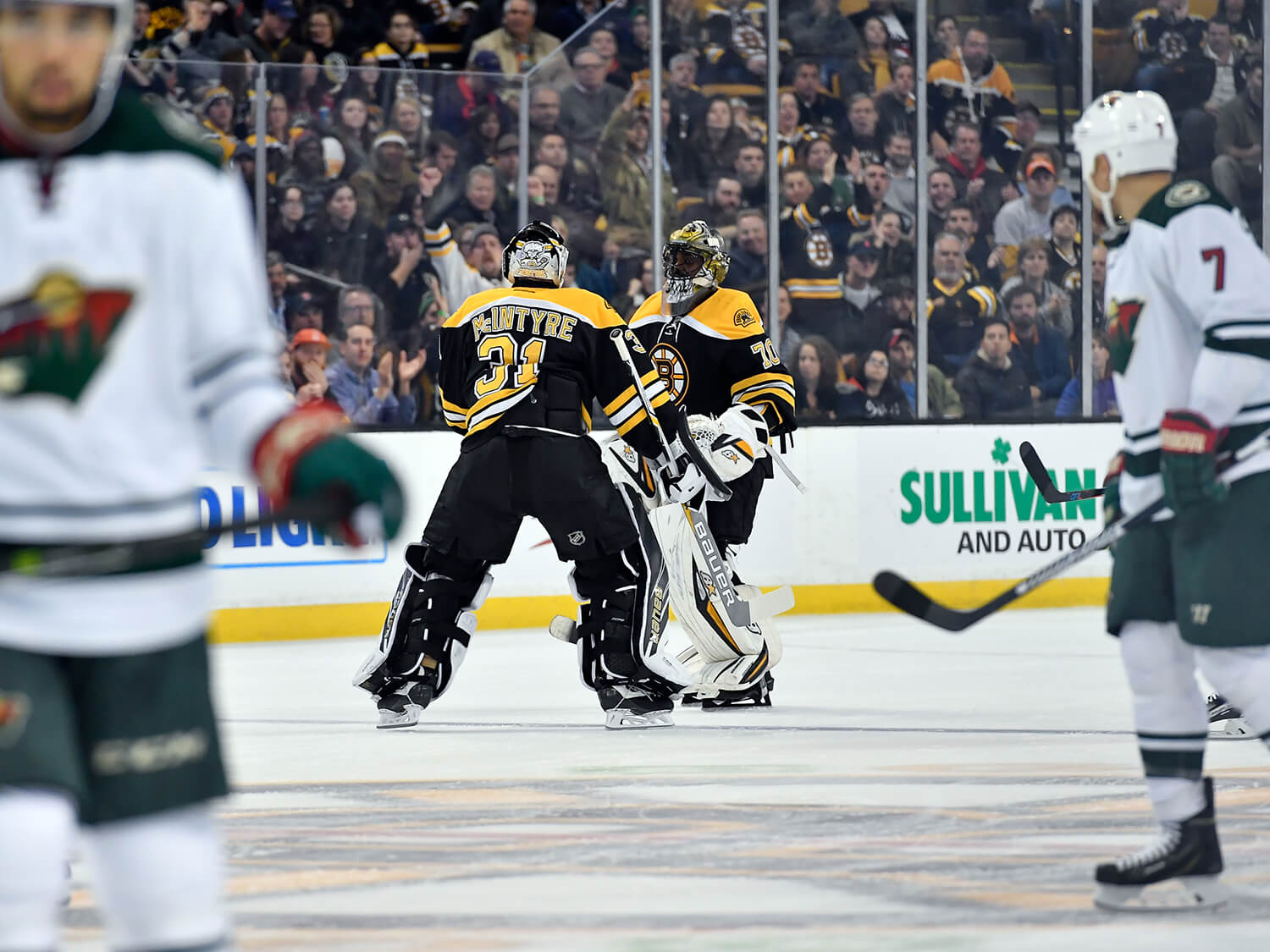 Stability at every position, especially goaltending, is an important attribute to have on any championship hockey team. Unfortunately for the Boston Bruins, there’s currently an uncertainty in regards to the netminding position. Tuukka Rask, the Bruins starting goalie and only goaltender to notch a win this season, is listed as day-to-day with “general soreness”. Anton Khudobin, the other goalie to see action this season for the B’s, appeared to have injured himself during practice on Monday morning and is expected to miss three weeks.

“This is hockey,” said Bruins coach Claude Julien on Monday. “We deal with it on a day-to-day basis with injuries and you wait for the news and you go about doing your job as required. If we have to make some adjustments and we have to [change] some personnel, we’ll go over that when we have more of an update.”

When Rask sat out the game against the Montreal Canadiens on Saturday, the Bruins had to call up Zane McIntyre from Providence for emergency purposes. After Saturday’s game he was re-assigned to Providence but was called up again Tuesday. With the addition of Khudobin’s injury, Boston once again called down to their AHL affiliate for another goalie; this time former first-round draft pick Malcolm Subban.

Prior to tonight’s matchup, Subban had only played in one NHL game, and that didn’t go too well. In 2015, he allowed 3 goals on 6 shots in a 5-1 road loss to the St. Louis Blues. Subban isn’t doing much better this season with Providence, posting a 4.50 GAA and an 0-3-1 record.

History has a tendency to repeat itself and unfortunately for Subban that is exactly what happened at the TD Garden last night. The first 20 minutes saw Subban stop all 8 shots he faced, however hockey is a 60-minute game. Subban imploded in the second period, allowing 3 goals on 8 shots, which resulted in him being pulled from net. Subban has played in two NHL games and has been pulled in both of them.

McIntyre replaced Subban in net and tried to stop the bleeding, however the Bruins looked to be suffering from hemophilia last night. McIntyre allowed 2 goals on 17 shots and the Bruins lost 5-0.

This lack of a bonafide NHL starting goaltender is alarming and hopefully isn’t an issue that will plague the Bruins for much longer. With Rask day-to-day and Khudobin out for almost a month, the Bruins are going to have to continue to ride with these young, untested, and undependable goalies.

This test continues tonight when the Bruins travel to New York to face the Rangers.