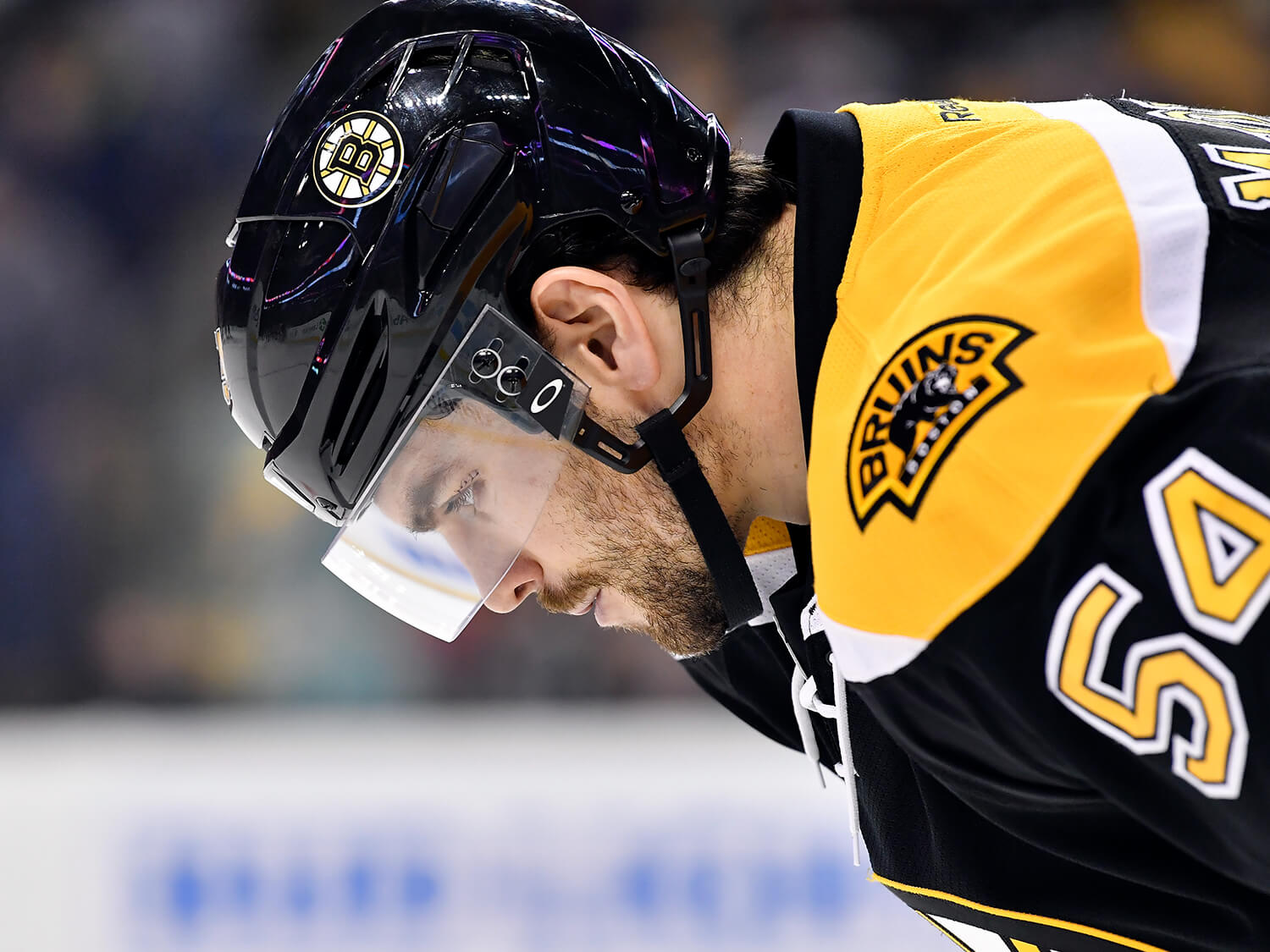 Dec 8, 2016; Boston Bruins defenseman Adam McQuaid (54) during a commercial break in first period of a NHL game against the Colorado Avalanche.

The Boston Bruins just got a little bit younger on the blue line with training camp now officially underway.

Boston traded defenseman Adam McQuaid to the New York Rangers this past Tuesday morning. The news was announced by Bruins general manager Don Sweeney just prior to the team (well, about half of it) boarding the plane for China where training camp sessions will take place.

In exchange, the Bruins will receive defenseman Steven Kampfer, a 2019 fourth-round pick, and a 2019 conditional seventh-round pick. Kampfer should be vaguely familiar to Bruins fans because he made his National Hockey League debut with Boston in 2010.  Kampfer played in 48 total games for the Bruins in which he notched five goals and seven assists. He has great speed and possesses an uncanny ability to jump into the play in the offensive zone. He was also a member of the 2011 Stanley Cup winning team.

Speaking of that remarkable Cup team, McQuaid was just as much part of that playoff run as anyone. His physical presence and defensive dominance, especially during the final series with the Vancouver Canucks, was an accurate portrayal of his entire 10-year tenure with the franchise.

McQuaid, 31, has certainly been plagued by injuries throughout his entire professional career; he has never played an entire 82-game campaign and he has only strung together two 70-game seasons. However, he was a defensive force when in the lineup and he was a character guy within the confines of the Bruins locker room. The move comes with the Bruins having a slew of right-handed shot defensemen looking to crack the lineup this coming season.

Although McQuaid is set to make $2.75 million this season in what is the final year of his contract, this trade was not solely about clearing money against the cap. The bigger picture here is that the Bruins can now identify their undisputed top-six defensemen heading into the regular season. With some younger players coming through the pipeline such as Jeremy Lauzon and Jakub Zboril, McQuaid would have had to engage in a battle for his spot on a regular basis.

The Bruins rookie and development camp that takes place over the summer months will also go a long way in challenging any veterans who possess a one-dimensional type of game in a league that is consistently injecting more youth.

In the meantime, the Bruins can now look at Kevan Miller and Matt Grzelcyk as a true third pair with both offensive and defensive dynamics. With Zdeno Chara slated to be paired right back with Charlie McAvoy along with a second pairing of Torey Krug and Brandon Carlo (assuming both are healthy), the Black and Gold have a solid defensive group to begin the 2018-19 season.

As for McQuaid, he will give the Rangers a much-needed veteran presence on the blue line and provide some stability for a franchise that is undergoing an overhaul. He will surely be missed around the city of Boston as one the few remaining connections to the Stanley Cup win back in 2011.

Thanks for the memories.