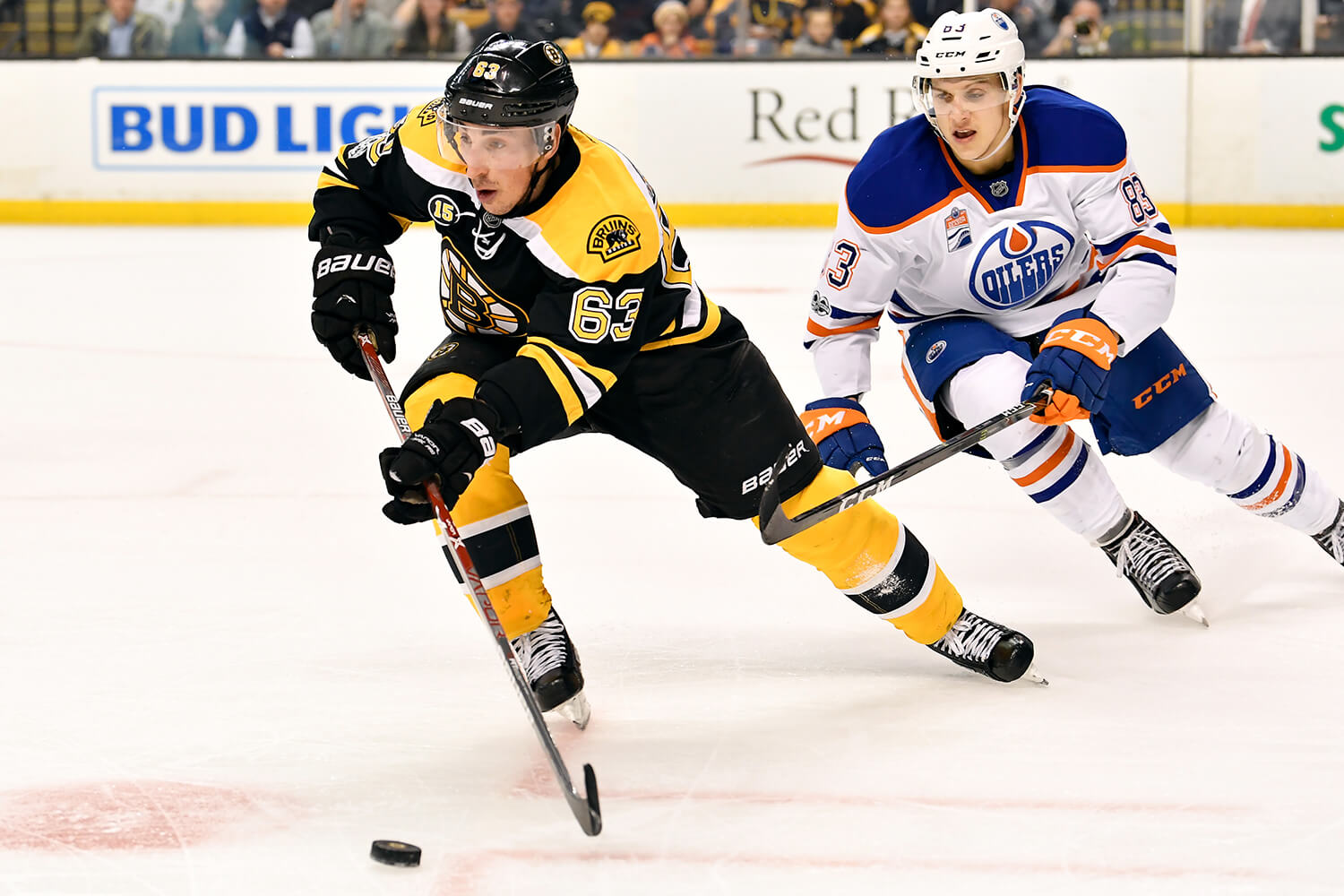 BOSTON – Very few games on a typical National Hockey League schedule are worth circling. This past Thursday night was one of those instances where the red pen was warranted.

The Boston Bruins returned home to TD Garden to host the Edmonton Oilers, a team that is revamped and surging after spending a decade near the bottom of the league. It is certainly a great thing for the NHL—a necessity in the eyes of most—that Edmonton is a competitive team once again after being considered one of the most historic franchises in the entire sport. That was due in large part to the (literally) legendary play of a gentleman by the name of Wayne Gretzky. Perhaps that name sounds familiar?

Boston was coming off a no-show performance against the New Jersey Devils in which the team managed to rack up only 22 shots on goal. In past performances, the Bruins have never had an issue getting quality shots on goal or playing shut-down defense. The problem as of late is that they have had trouble finishing their chances, as made evident by their 24th ranked offense.

For the Oilers, they do not have that dilemma. Connor McDavid, who entered Thursday tied for the league lead in scoring (43 points), has been the franchise-altering star that has lived up to expectations in his second season. This team is also loaded with top picks and enough depth up front to make some noise in the Western Conference.

With Black and Gold fingerprints all over the current construction of the Oilers, most notably Milan Lucic occasionally flanking McDavid on the left side, this matchup on Thursday night pitted a prolific offense against a stingy defense. Something was going to have to give in this game.

The opening 20 minutes was not the prettiest period of hockey by any means. What was consistent from both Boston and Edmonton was the willingness to battle along the boards and chase down loose pucks. Every scoring opportunity counts.

The Oilers negated any potential fast start by the home team and jumped out to an early lead. Patrick Maroon beat Rask with a shot off a great pass from McDavid. After Zdeno Chara dropped the gloves with Maroon for a brief scrap, the Bruins seemed to ignite the spark needed to get back into the game. Colin Miller netted his third goal of the season to tie things up, albeit after video review for conformation.

“It was good to get the confidence going at that point,” said Miller regarding his goal.

The Bruins started to find their legs as the game progressed and continued to put pressure on Talbot. One thing that was consistent for the Bruins was their ability to apply a persistent forecheck. The hard work resulted in a fast break up ice from David Pastrnak, who was able to find Patrice Bergeron in space. He capitalized on the open look and buried home his eighth goal of the season. Maroon later netted his second goal of the game to level the score at two goals each. Shots were 28-17 in favor of the Bruins after 40 minutes.

“We really need to start paying better attention to details especially early on in the game,” said David Krejci. “We had a decent game and we battled hard, but it was frustrating because we did give a good effort.”

In the third period, the Oilers started to open things up. Ryan-Nugent Hopkins scored the go-ahead goal just 14 seconds in after catching the Bruins off guard in their own end. After Maroon completed the hat trick and gave the Oilers a two-goal cushion, the Bruins made a valiant surge as the final minutes ticked away. Despite a late power-play goal from Krejci, it was not enough on this night.

“We were the better team and there is no question about that,” said head coach Claude Julien. “We gave them gifts and they did not do anything special at all. I thought we played well for three periods.”

The B’s fell to the Oilers by a final score of 4-3. Rask finished with 21 saves.

“When you barely break a sweat out there and allow four goals it can be tough,” said Rask following the game. “That was a goalie’s nightmare out there.”

The Bruins will close out the week on the road when they take on the Florida Panthers this coming Saturday night.

Side Notes…Anton Khudobin was placed on waivers with the intention of being assigned to Providence after recording only one win in eight appearances with Boston…David Backes (concussion) has been medically cleared by doctors and returned to practice this week…David Pastrnak is currently in the middle of an eight-game goalless drought…The 16-game Boston point streak vs. Edmonton was the longest point streak in a head-to-head series in the NHL entering Thursday…Bruins legend Milt Schmidt was honored in a ceremony prior to the game in wake of his recent passing.