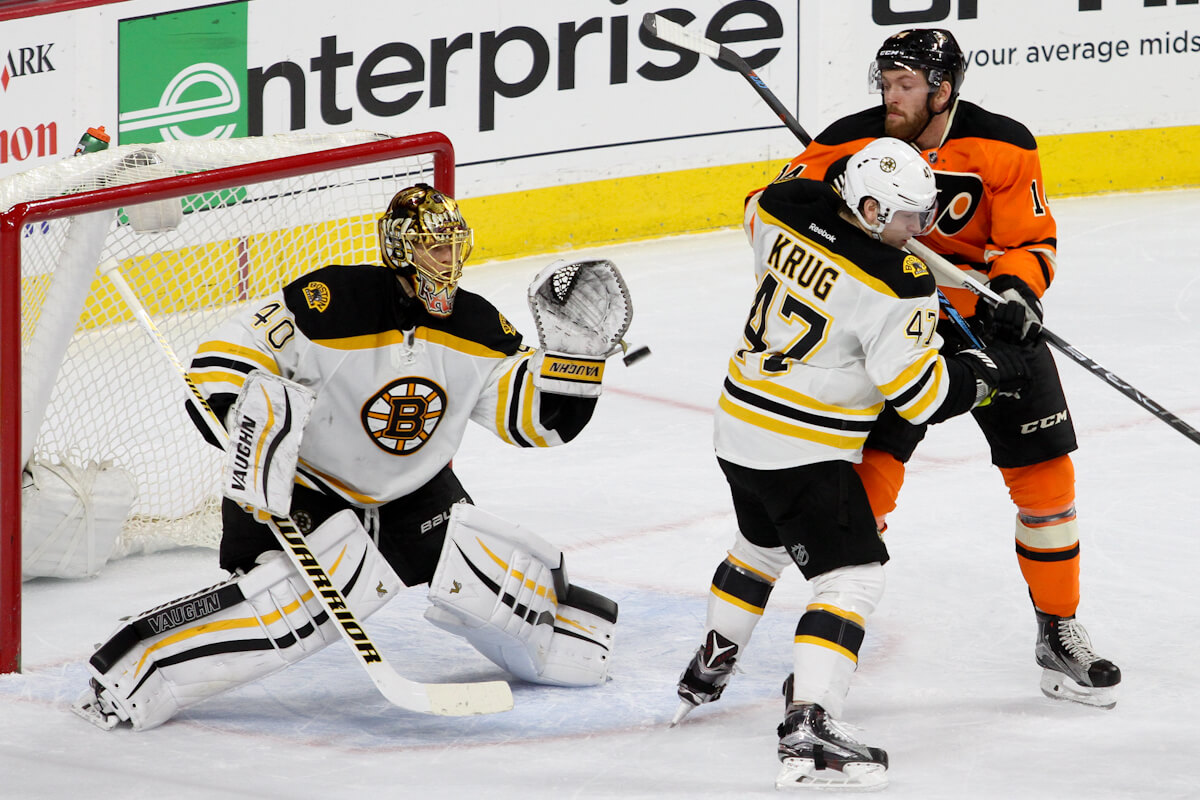 BOSTON-With the final road trip of the 2015-16 season under their belt, the Boston Bruins must now close out the final week of the year at home.

That cannot be the ideal situation for this team considering how woeful their play has been at the TD Garden this season. To avoid a monumental collapse that will spiral themselves out of the playoffs for the second-straight season, the demon needed to be exercised. After all, establishing dominance on home ice will only be beneficial come playoff time.

Heading into the crucial three-game stretch, the message around the locker room was simple: “Win and we are in.” At that point, the Bruins still had control of their own playoff destiny; victories in every game during this homestand would secure a spot in the postseason.

The B’s came off a devastating loss against the Chicago Blackhawks, furthering themselves from the Detroit Red Wings by a single point in the chase for who will be the third team to come out of the Atlantic Division. Although the alternative for Boston would be to fend off the Philadelphia Flyers for the second wild card position, a top-three spot in the division certainly sounds more attractive.

To be honest, beggars cannot be choosers at this point in the year.

On Tuesday night, the B’s hosted the Carolina Hurricanes. In what was dubbed as a trap game due to the importance of the showdown this coming Thursday night with Detroit, the Black and Gold could not have afforded to take this Carolina team lightly. Yes, the Bruins were 6-0-2 during an eight-game point streak against the Hurricanes, including a 4-1 win back on Feb. 26 and a 3-2 overtime loss on March 10. However, Carolina was right in the thick of things until its recent elimination for playoff contention. This is a tough team that was coming into this game with nothing to lose. Boston, you have been forewarned.

In the first period, the goaltenders were the standouts. Right up until the final minute of the period (spoiler alert), Rask was outstanding. The Bruins certainly did their part at the other end of the ice by racking up 10 shots on goal which included two power play opportunities. It was Carolina who ended up grabbing the first goal on a shot from the left point by Jacob Slavin. With the way Rask was playing to begin the game, that tally was a shot that he would have loved to have back.

The B’s were dictating the pace throughout the early stages of the game and things were no different once the second period got under way. It did not take long for the bench to be shortened as the bottom-six forwards for Boston were just not getting it done. Whether it was sloppiness or frustration, the Bruins took three minor penalties and gave the Hurricanes golden opportunities with the man advantage. The penalty kill for Boston came up big by keeping the deficit at one heading into the third period.

The momentum that the Bruins sustained after killing off the third minor penalty combined with a questionable line change by Carolina resulted in the tying goal. Loui Eriksson netted his 29th goal of the year after dangling and placing the puck around Ward. “I saw that they were in the middle of a change and I wanted to keep my speed going up ice,” said Eriksson regarding his goal. “I saw the opening and went on the breakaway which I was able to finish.”

It truly was a night where either team could have emerged with the two points; Zdeno Chara pulled a puck off the crease to save a goal, Ward made a baseball-like slide to rob Eriksson of a second tally, and Rask was saved by a shot that hit the crossbar.

“We stuck with it long enough to tie the game up,” said B’s head coach Claude Julien. “Our inability to finish was the main problem, nothing more. We need to start having a little bit of puck luck because we had some opportunities to score and we did not finish.”

Ironically, overtime was not enough to settle this one. The game went five rounds deep for the shootout to conclude the night. Noah Hanifin beat Rask to give the Hurricanes a 2-1 victory and the full two points. Rask finished with 27 saves while John-Michael Liles had the lone assist on Eriksson’s equalizer.

“Goal scoring has not been the issue for us this year, so it is frustrating to not see the puck go in,” said Torey Krug—one of five Bruins skaters to participate in the shootout. “Now we have to take care of our business.”

As previously mentioned, the Bruins will play their next game on Thursday night against the Red Wings. Both teams are now sitting pretty with 91 points.

Lineup for Apr. 5 vs. Carolina

Side Notes…Dennis Seidenberg and Brett Connolly are still listed as day-to-day with lower-body injuries…Chris Kelly is now practicing with the team and is working towards a return…Brad Marchand is just four goals shy of becoming the first Bruin since Glen Murray in 2002-03 to record 40 goals in a single season…Zdeno Chara entered the night with a four-game point streak…Entering Tuesday night, the Bruins ranked tied for first in the NHL with only two short-handed goals allowed.