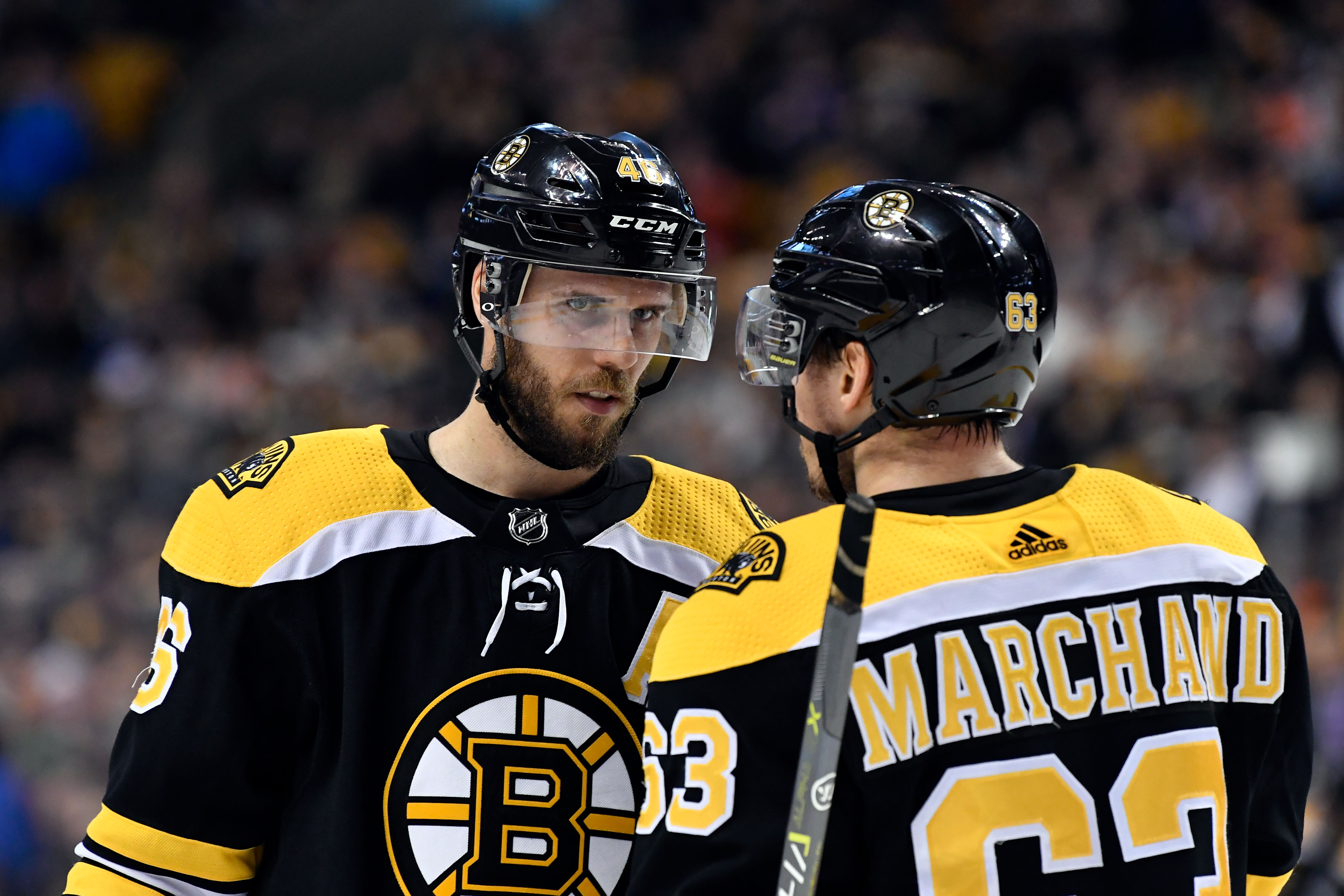 BOSTON – Just one month left to go in the regular season. Wow, that was fast, right?

It seemed like it was not too long ago that the Boston Bruins were preparing for the start of another 82-game campaign back in October. After their first playoff berth in three seasons, expectations had heightened. But it is safe to say that no one anticipated this Bruins team being a legitimate Stanley Cup contender.

That is what is taking place right before our eyes as we speak.

However, the current state of the Bruins is certainly reminiscent of the start of the 2017-18 season. How so? Well, a depleted roster. Several key players for Boston are out of action for various reasons, yet the wins keep piling up. That is a true testament to the depth and character of this team.

The Bruins were looking to cap off a perfect six-game homestand Saturday afternoon against the Chicago Blackhawks. Although the Blackhawks are at the bottom of the Central Division and are not accustomed to playing the role of spoiler this time of year, it would behoove the Bruins to take this team seriously. Anything can happen for 60 minutes.

The first period moved along at a quick pace due to the infrequent whistles and high-octane speed at which the puck moved up the ice. It took a scrap between Sean Kuraly and John Hayden for the action to really get going. Noel Acciari was the beneficiary of a breakaway attempt by Kuraly on the penalty kill as he netted home the rebound for a 1-0 Bruins lead. Moments later, Jake DeBrusk found David Krejci in front of the net on the power play and he shot the puck past Berube to increase the lead by two.

The Blackhawks were able to score two quick goals to even the score going into the second period. With the Bruins unloading a plethora of shots on net during the second period, they were able to generate many of the scoring chances. After Chicago went up 3-2, Krejci scored his second power-play goal of the game. In the third period, the Bruins stormed back from another deficit and recorded four unanswered goals, all from different players. Behind a solid effort from Rask down the stretch, the Bruins were able to secure the 7-4 victory to cap off an undefeated homestand.

The Bruins will be right back in action Sunday afternoon against these same Blackhawks back in Chicago to conclude the home-and-home series.

Side Notes: Charlie McAvoy (MCL sprain) will be out of action for at least four weeks…David Backes is currently serving a three-game suspension for a hit to the head of Detroit Red Wings forward Frans Nielsen…Brad Marchand entered Saturday afternoon with five goals and four assists for nine points in his last four games.