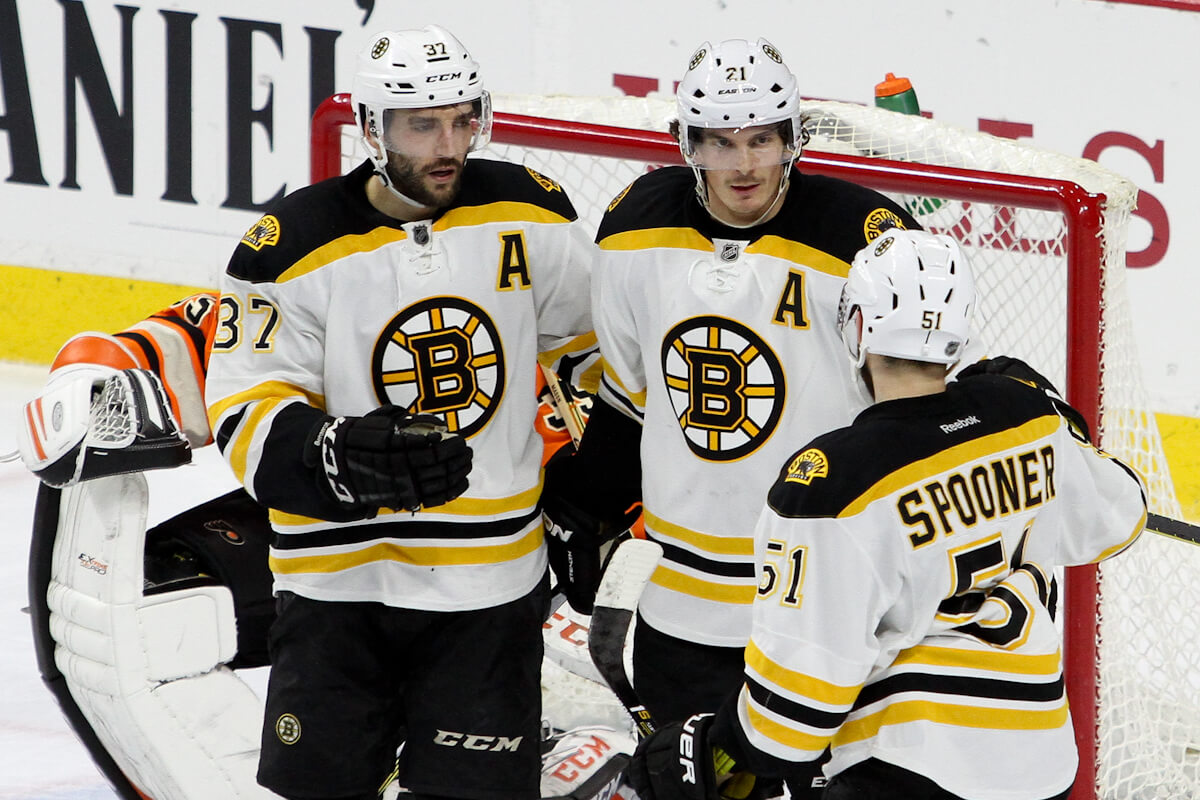 There is a common phrase among sports fans in regards to the emotional attachment to a favorite team: “You must have short memories.”

For the Boston Bruins and the people that support the franchise, you cannot have revisionist history. However, the debacle of a game that they put together this past week on home ice against the Los Angeles Kings was…

Well, let’s just leave it at that.

There should not be any reason to panic just yet as you can still have some love for the Black and Gold. The team is currently on a season-long, six-game road trip. The Bruins began the trip with a 16-5-3 record away from the “friendly” confines of the TD Garden, which is the best ensemble of points in the Atlantic Division by a road team. If you really want to think of the situation as glass half full, the Bruins started the trip with 62 points and a second-place standing in the division. Also, the B’s put together a 7-3-1 record in their last 11 games before leaving for the road.

All things seem to be pointing up, right? Not so much. At this point, there is a personnel issue on this team.

The gaping hole is on the blue. The fact that Kevan Miller continues to get regular spots in the lineup is nothing short of head scratching. Colin Miller, the young puck-moving, offensive-minded defenseman, is the guy who should be getting the reps. K. Miller struggles in his own zone and is becoming a huge liability with the puck. Once Adam McQuaid returns to the lineup from his upper-body injury, K. Miller should be watching the games from the press box.

With Zdeno Chara and Dennis Seidenberg starting to show their age, the Bruins absolutely need a top-four defenseman that they can acquire in a trade.

However, that still may be a tall task as the pieces are starting to fall in place for certain teams across the NHL. The Winnipeg Jets re-signed Dustin Byfuglien, Dion Phaneuf is now an Ottawa Senator, and with the St. Louis Blues being as banged up as they are on the blue line, it will be tough to pry away a defenseman like Kevin Shattenkirk from that team.

A possibility for a trade partner that the Bruins will be looking for is the Anaheim Ducks. They have a slew of young defensemen (Cam Fowler, Sami Vatanen, etc.) and a deep system that they can easily part ways with one of them. The question then becomes will Boston put enough on the table in an offer that the Ducks will listen to?

Another name that has popped up in the rumor mill is Jacob Trouba of the Jets. He has all the tools and attributes that the Bruins want in a young blue liner; strong on the puck, good size, offensive mindset. We witnessed him in action this past Thursday when the B’s took on Winnipeg, and we know how good of a player that he will blossom into. However, the Jets would love to keep him.

By the way, Christian Ehrhoff cleared waivers after being sent through by the Kings. Some were vying for the Bruins to claim him as the veteran minute eater needed on this roster. Wishful thinking.

After a convincing 6-2 shellacking of the Jets on Thursday, the B’s will continue their road trip this weekend with a back-to-back set against the Minnesota Wild and the Detroit Red Wings, respectively. There will be no easy games on this trip as the competition in the Central Division is always stingy. However, these are the measuring stick games that the Black and Gold need to compete in during this time of year.

If the Bruins want to be contenders for the Stanley Cup this season, then they cannot come back from this trip with the same roster that they departed with. A shakeup seems imminent, and for good reason.