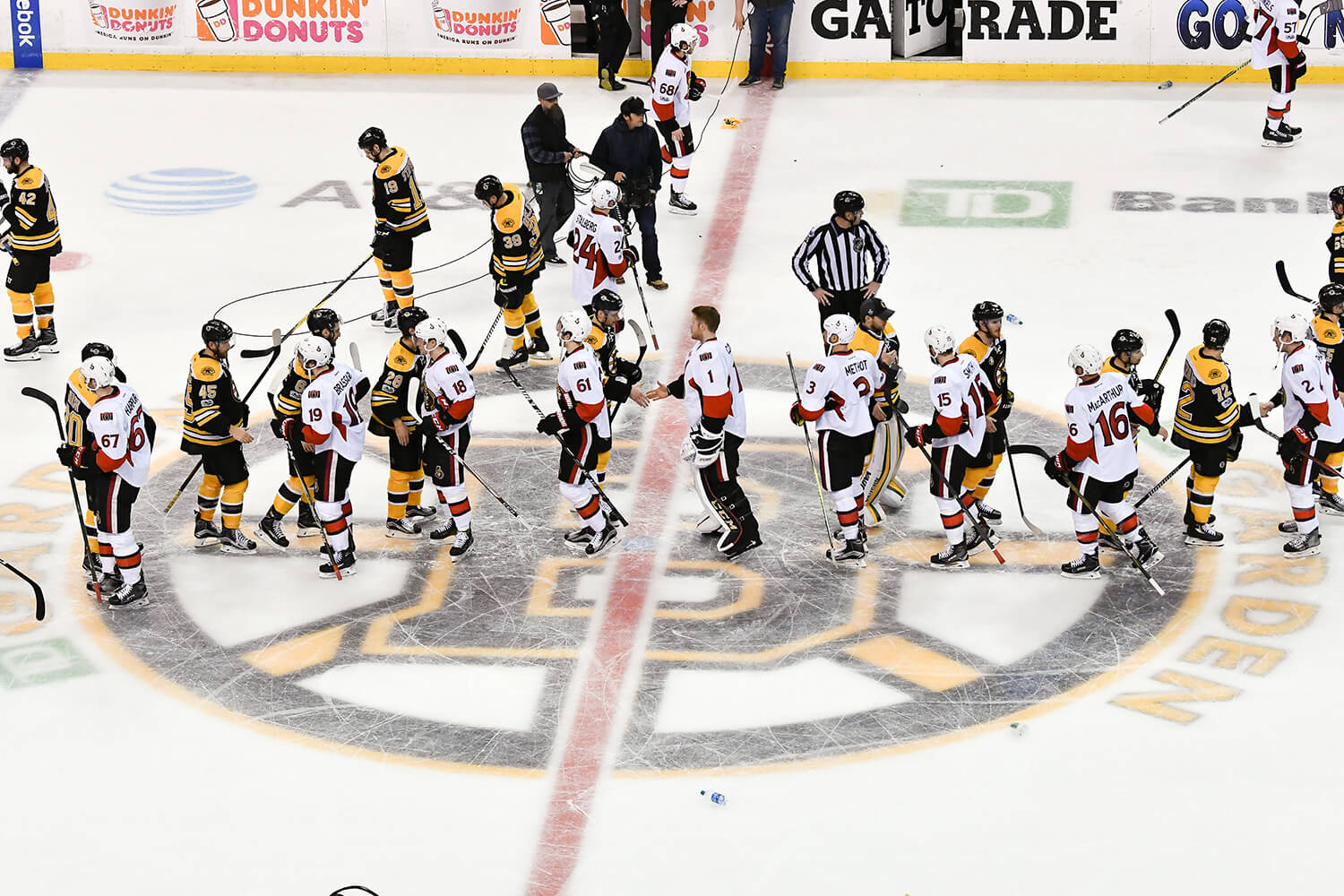 The first round playoff series between the Boston Bruins and the Ottawa Senators had close games (all six games were decided by one goal), a lot of extra hockey (four of the six games went to overtime, including a double overtime Game 5), and heartbreak for the Bruins faithful, as their team lost Game 6, and ultimately the series, by a score of 3 to 2 in overtime. Sometimes the hockey gods look out for you and the puck bounces your way and sometimes you commit three delay of game penalties in the first period of a must win game, like the Bruins did in Game 6.

The Bruins looked sloppy at times, committing a total of five penalties, including a holding penalty by David Pastrnak in overtime, which led to the Senators Clarke MacArthur beating goaltender Tuukka Rask on a one-timer and giving Ottawa a 4-2 series win.

“Our penalty kill, which has probably been our strongest facet of the game through the whole season gets scored on twice today,” Bruins forward David Backes said. “Our power play only gets one so we lost the special teams battle and that’s how you lose games. Unfortunately, tonight, it’s all over and it stings.”

The Bruins were the first to get on the scoreboard when Drew Stafford netted a power-play goal in the first period. He blasted a slap shot from the right face-off dot that beat Senators goalie Craig Anderson high over his shoulder.

Early in the second period, Bobby Ryan tied the game with his fourth goal of the series when he tipped a shot from Derick Brassard past Rask. Five minutes later Kyle Turris gave Ottawa the 2-1 lead. At the end of the second period, the momentum was all Ottawa’s. The Bruins knew they needed to come out firing in the third if they wanted to stave off elimination.

“We played a heck of a series, every game was a one-goal game. It was a hard-fought series that didn’t go our way,” said Rask.

1:57 into the third period Patrice Bergeron stuffed in a Brad Marchand shot and tied the game at 2-2. The momentum seemed to have shifted Boston’s way but they could not capitalize on it and the game ended, as had three others in this series, with extra time being needed to determine a winner.

“We battled hard to give ourselves a chance to be back here for Game 6, but also to get back in that game and go into overtime, so it definitely stings a lot. It’s tough to be standing here right now,” said Bergeron.

Overtime saw Pastrnak commit an ill-conceived penalty, and Ottawa converting their power play chance to advance out of the first round of the Eastern Conference playoffs.

“I think we played well enough to have the opportunity to advance, said Bruce Cassidy, Bruins interim head coach, ”but they made a few more plays than us. Every game could have went either way. So, I’m proud of the players.”