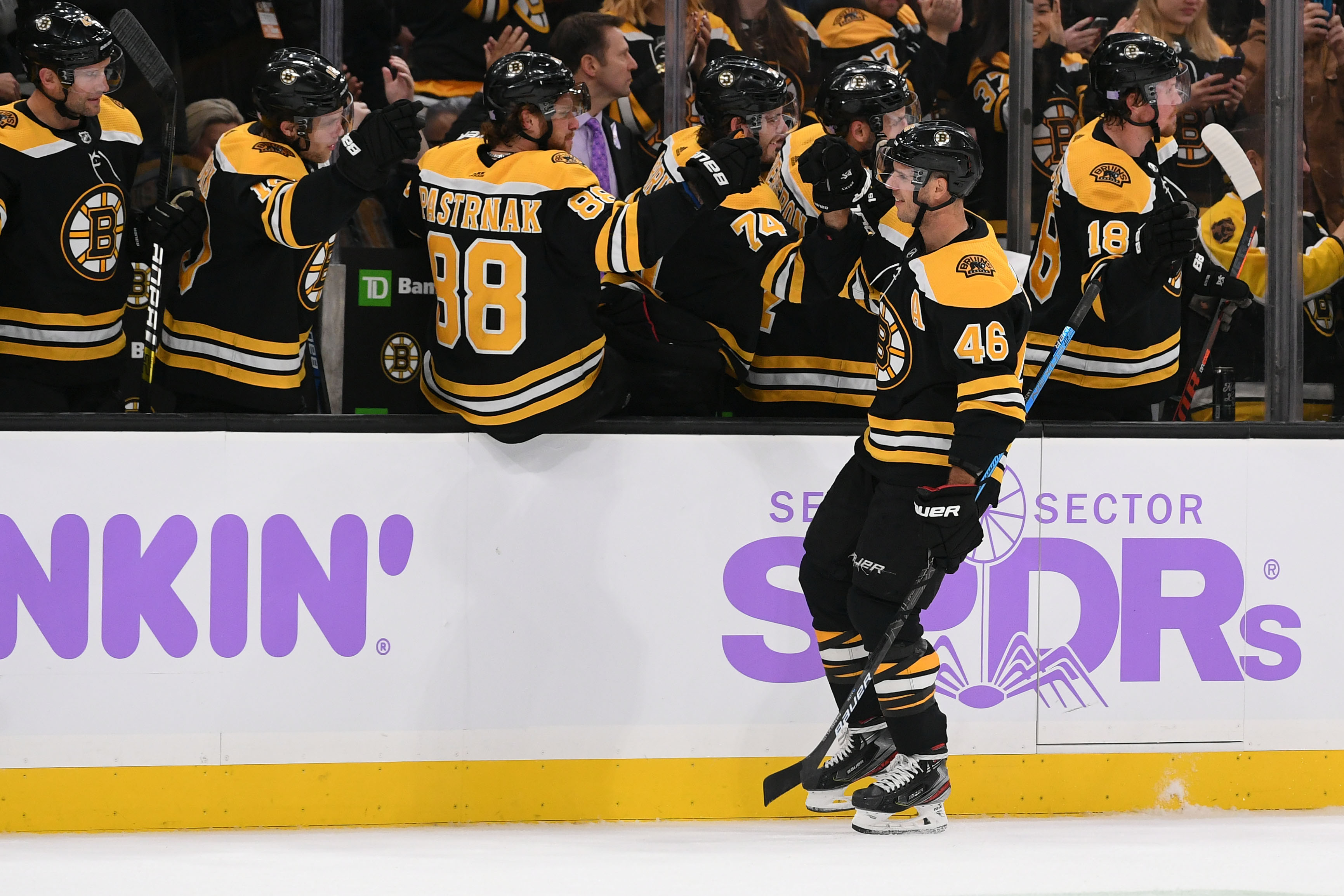 BOSTON – One would be hard pressed to find someone who dislikes these Black Friday games.

In what has become an annual tradition for the city of Boston and its professional hockey team, fans took a long weekend off from work—or perhaps a break from holiday shopping—to gather at TD Garden for some afternoon hockey. The Boston Bruins took on the New York Rangers in an Original Six showdown. For Boston, this was the first game of a five-game homestand.

Coming off a grueling stretch where the Bruins played back-to-back road games this past Tuesday and Wednesday, this was a great opportunity for the team to close out the month of November on a strong note by winning six-straight games. Also, it would help the cause for Boston to continue establishing itself as one of the most dominant teams in the league.

Friday’s meeting between the Bruins and the Rangers was the second time these two teams saw each other this season, as Boston secured a 7-4 victory in New York back in October. The Rangers are more than just a team designated for a rebuild, so this game was no sure thing.

By the way, those new alternate jerseys that the B’s donned for this game? Outstanding.

In the first period, the Bruins were certainly getting their shots through to Lundqvist. The amount of continuous play allowed for both teams to create ample chances coming through the neutral zone. The Rangers were the ones who got on the scoreboard first as Pavel Buchnevich blasted a shot past the stick side of Halak just after the man advantage expired. It was not a bad opening period by Boston, it was just that New York had a better one. That happens.

The Rangers carried their 1-0 lead into the second period. They were able to increase their lead after Filip Chytil put in a loose rebound from an Artemi Panarin set up on goal that was originally saved by Halak. Boston was absolutely outplayed in this period; there was not enough offense generated and the time spent on the penalty kill allowed New York to control things in all three zones for the most part. Sean Kuraly was able to cut the lead in half when he deflected a Jake DeBrusk one timer past Lundqvist just before the end of the period. Shots were 22-13 in favor of the road team after the first 40 minutes.

“When you can contribute offensively, it feels good,” said Kuraly regarding his goal. “We know we can score so as long as we are not down by anything crazy, we always have a chance to win the game.”

In the third period, the Bruins came out on fire. David Pastrnak tied the game with a one-time shot from the point for his league-leading 24th goal of the season. From that point on, it was all Boston. The score remained tied at 2-2 after 60 minutes, but David Krejci sealed the game in overtime with a great finish off a Pastrnak cross-ice pass.

“It felt pretty good when we were going,” said Krejci after the game. “The energy was pretty good and we felt it on the bench.”

With the way the game turned in the final 20 minutes of regulation, it was just a matter of time before the B’s were going to put this one away. The Bruins emerged with the 3-2 victory over the Rangers. DeBrusk, Krejci, and Pastrnak all recorded two-point games while Halak finished the afternoon with 26 saves.

“That was a tough game and we really could not get anything going,” said Pastrnak. “Our penalty killing came through and Jaro [Halak] gave us a great chance. We are glad we were able to finish it with two points.”

The Bruins will play their next game this coming Sunday night right back at TD Garden against the Montreal Canadiens.

Side Notes: Friday’s game against the New York Rangers was the second of 10 afternoon games that the Bruins will play this season…Both John Moore (shoulder) and David Backes (concussion) continue to progress as they are skating with the team during practice…Brad Marchand was recently named the NHL First Star of the Week for the second time this season; he posted three goals and four assists for seven points during the week of November 18-24…Jack Studnicka skated in his first NHL game this past Tuesday night…Entering the beginning of the week, the Bruins were at 106 man-games lost to injury or illness this season…Bruins announced earlier in the week that the team has signed both Charlie Coyle and Chris Wagner to multi-year extensions.