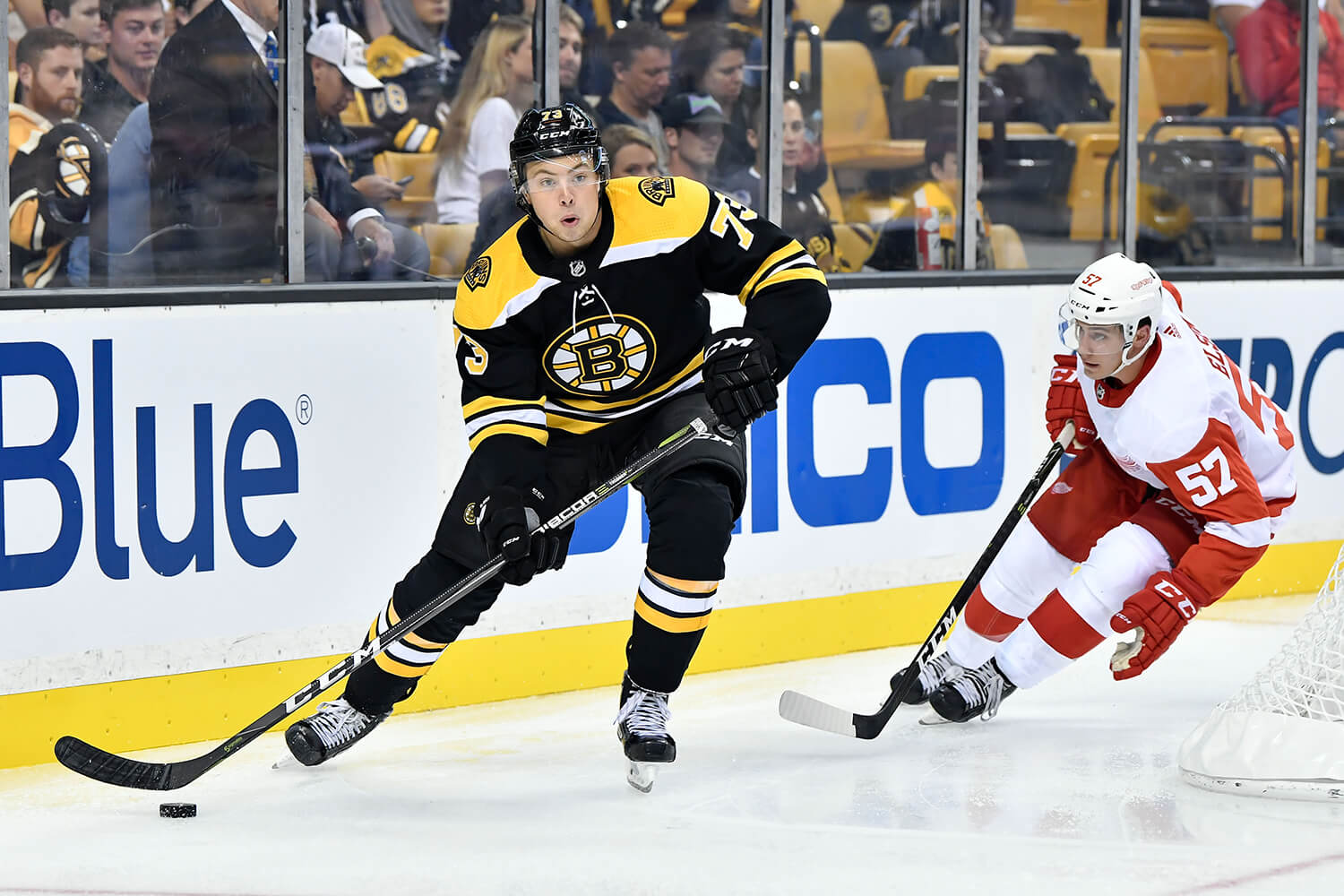 BOSTON – Hockey season is back.

Well, sort of. It is not October just yet.

It has felt like an eternity since the TD Garden played host to a National Hockey League tilt. Even though it was a preseason game, which will not affect regular-season records, the buzz was still in the air and the hope of a new season was upon the Beantown faithful.

The Boston Bruins skated against the Detroit Red Wings on Tuesday night in their second preseason contest; the Black and Gold were one day removed from a 3-2 victory over the Montreal Canadiens.

For the Bruins, training camp has been intriguing this year. At the very least, it has created a spark around this franchise following a rather uneventful offseason (with the lone exception being the David Pastrnak contract dispute). Several young kids are looking to challenge the veterans for available spots on this roster, and there certainly are a handful of them to go around. Tuesday night was another opportunity to showcase a potential youth injection into the Bruins locker room.

The Red Wings were looking to ensure that would not happen at their expense.

In the first period, the Bruins controlled many of the offensive chances. The defensemen, particularly Charlie McAvoy, picked the perfect spots to pinch and support in the offensive zone. The Red Wings, after being neutralized to a 7-1 shot deficit to start the game, started to find a rhythm, but Anton Khudobin stood on his head during the flurry put together by Detroit. He also shut down the Red Wings on both of their power-play opportunities in the opening 20 minutes.

“The plan was for him to play the entire game and I thought he did a good job early on,” said head coach Bruce Cassidy regarding his netminder. “I was very pleased with the way he played the entire night.”

After a scoreless first period, the Bruins started the second period with a power-play chance of their own. Although they came up short, they continued to pressure the Red Wings and move the puck effectively. This led to the Bruins jumping out to a 1-0 lead on a goal from Ryan Fitzgerald. Danton Heinen put the Bruins up 2-0 off a great feed from Jakob Forsbacka Karlsson just four minutes later. The kids were certainly getting it done early on in this game.

Speaking of which, Jake DeBrusk did a lot of the little things right out on the ice that did not show up on the stat sheet. He won a handful of puck retrieval battles down low and created space in front of the net to prolong shifts. Those are the attributes of his game that will lead to a long consideration for a roster spot come opening night.

The Bruins really started to open things up after Austin Czarnik notched a tally from a penalty shot to make it 3-0, but the B’s had a defensive lapse and allowed Detroit to sneak in a goal prior to the second period expiring.

In the third period, Detroit started to creep back into the game. After pulling within one, the B’s did just enough to hold on. Veteran Teddy Purcell netted an insurance goal to secure the 4-2 victory for Boston and remain unbeaten in preseason action.

The Bruins will play their next preseason game this coming Thursday night at home against the Philadelphia Flyers.