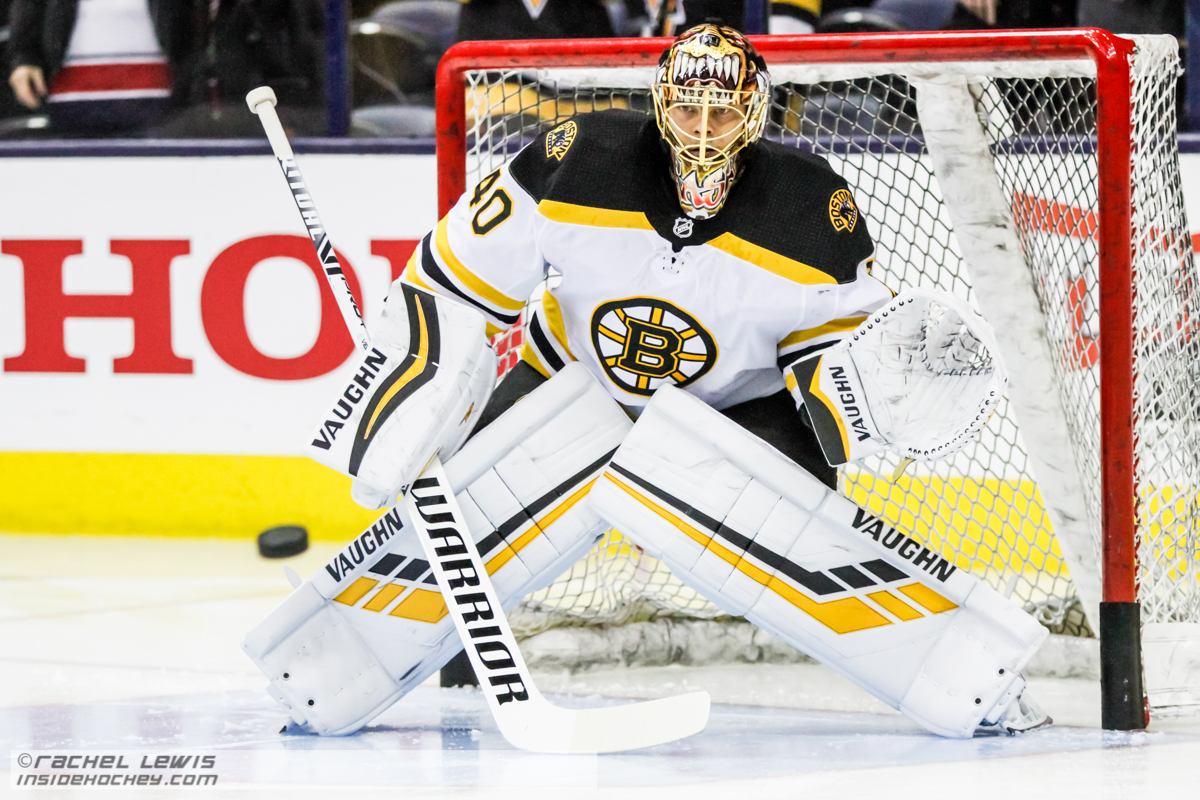 Tuukka Rask (BOS - 40) keeps an eye on a puck during warmups.

Bruins End Season On Down Note

The Boston Bruins skated in their final regular-season game this past Saturday afternoon, and they did so by hosting the Tampa Bay Lightning.

Technically speaking, sure; there were professional hockey players in white and blue sweaters skating against other professional hockey players in black and gold sweaters. However, one would hardly call this a matchup of the two best teams in the Eastern Conference. With things firmly locked up, both of these teams were in cruise control just looking to cross the finish line of the marathon known as the NHL season.

“We want to work hard and have a strong game,” said Zdeno Chara prior to puck drop. “It is always good to do the right things at the right time and make the right decisions, so this game will be a good chance to do that.”

A plethora of familiar faces from both the Bruins (Patrice Bergeron, Brandon Carlo, and Torey Krug, just to name a few) and Lightning were sitting in “Level 9” for this one as several AHL regulars took the TD Garden ice for this entertaining matinee. Along with Chara, David Krejci and Charlie McAvoy made their returns to the lineup for this game as they sat out the Thursday night tilt against the Minnesota Wild.

Brad Marchand, who did not play either Thursday night or Saturday afternoon, recently became the first Bruin since Joe Thornton in 2002-03 to record 100 points in a single season.

“It is a great individual stat, but I think that just shows what a great team we have,” said Marchand regarding this career achievement.

The Bruins ended up dropping this game by a final score of 6-3. Krejci, Danton Heinen, and Matt Grzelcyk were the goal scorers for Boston while Tuukka Rask ended up finishing the day with 16 saves.

Up next for the Black and Gold? A first-round playoff matchup against the Toronto Maple Leafs. These divisional foes battled each other all season long in the standings, and now the inevitable is upon us. Even though Boston defeated Toronto on three separate occasions this year, anything can happen in the playoffs.

Game 1 of the Bruins’ quest through the Stanley Cup playoffs begins this coming Thursday night.