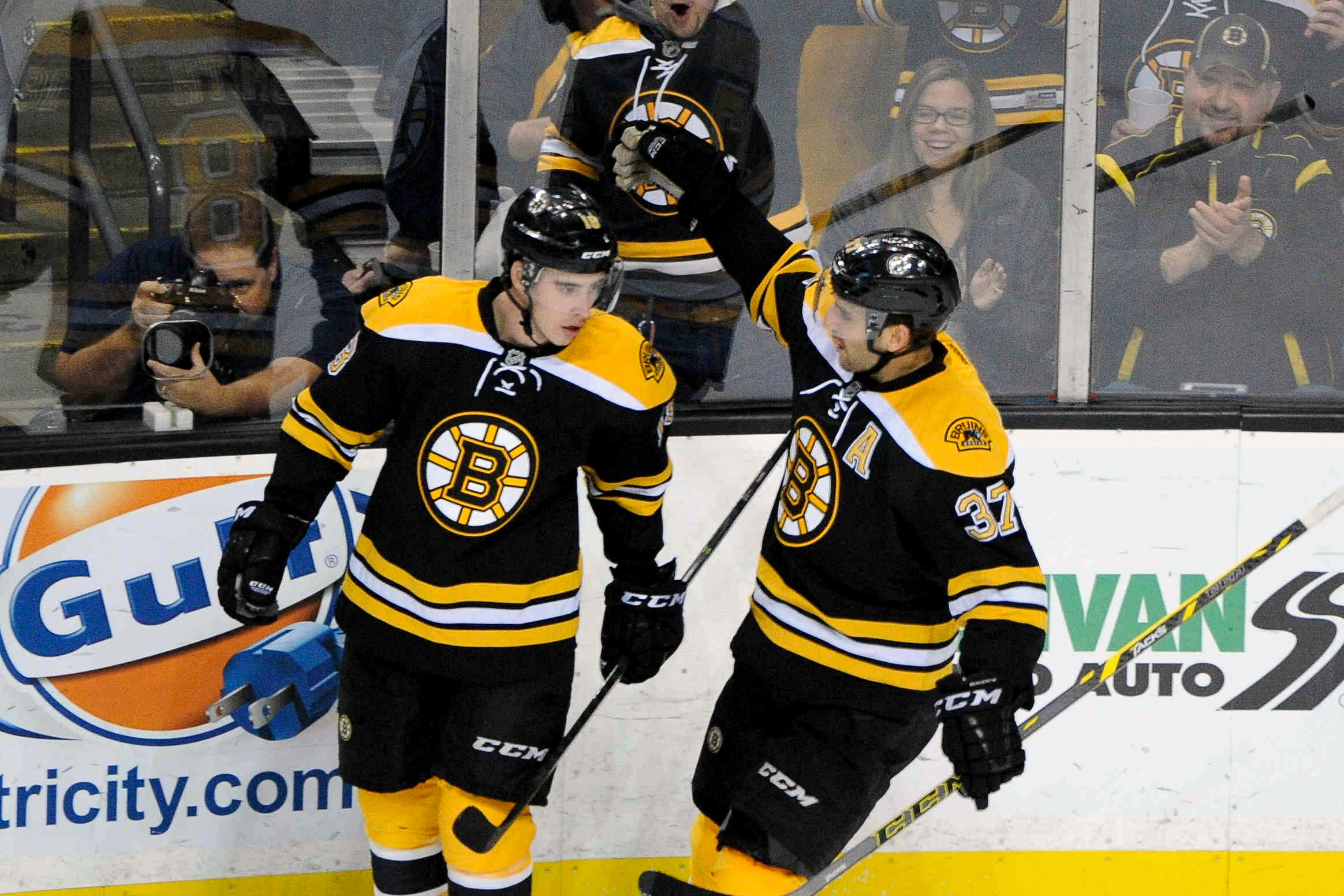 Coming into the game last night, the Boston Bruins had played in 25 games this season that have needed an overtime period or shootout to decide a winner, so fans shouldn’t have been surprised that the last home game of the regular season would be decided in a similar fashion. The Bruins, who were the dominant team throughout the night, needed a shootout goal from Patrice Bergeron to beat the Toronto Maple Leafs and win their fifth game in row.

Boston, who outshot Toronto by a 50-28 margin, including a 19-6 first period, could not solve the riddle that was Toronto’s netminder, James Reimer. Boston had their chances, but could not capitalize on them, going 0 for 3 on the power play.

“Well, you know, ironically I think a lot of times a lack of finish seems to be against teams that are at the bottom of the standings and we have a lot of great scoring chances,” Bruins coach Claude Julien said about what he’d like to see his team do moving forward to improve their lack of finish. “I don’t know if it’s because we’re trying to get a little too cute and why they’re waiting too long or whether it’s not enough good net-front positioning. When they’re big games, we find ways to score, so I don’t think I’m gonna look at that as that big of an issue.”

The Bruins have not been very successful in games ending with a shootout, posting an anemic 4-9 record compared to a 9-4 record in the five-minute overtime period. A lot of criticism has been made over shootouts determining the outcome of games, especially down the stretch when points are at a premium.

“Yeah I mean it’s points that are really important right now,” Bruins forward and lone goal scorer Bergeron replied when asked if it was a relief to finally win a shoot out. “And you want to do it in regulation, but when it comes down to that, you have to find a way.”

When asked whether shootouts have become a silly problem this year, Bergeron replied,” Yeah I mean it’s definitely something we know we have to be better at, and down the stretch it’s big points. And again tonight, like I said, we’ve got to score some more goals with 50 shots, but that being said we got the result we wanted.”

What’s really important is that Boston was able to procure the two points for the victory and remain 3 points ahead of the Ottawa Senators for the 8th and final playoff spot.

Bruins forward Brett Connolly on if he glanced at the scoreboard during the game, “It’s tough when it’s right up on the top of the building, you see Ottawa is winning. But again it’s one of those things where we’ve got to just worry about ourselves and I thought we’ve done a pretty good job of that, we’ve been sticking with each other and playing for our teammates here so it’s been a good little stretch here we’ve got to keep it going. It’s obviously a big three games, it’s going to determine where we fit here going to the post season and I think guys are embracing it, we’re excited about it. It’ll be good for us going forward playing these meaningful games and it’ll be good for us going forward again.”

Boston is off until Wednesday, April 8th, where they will take on the Washington Capitals, in Washington, D.C.