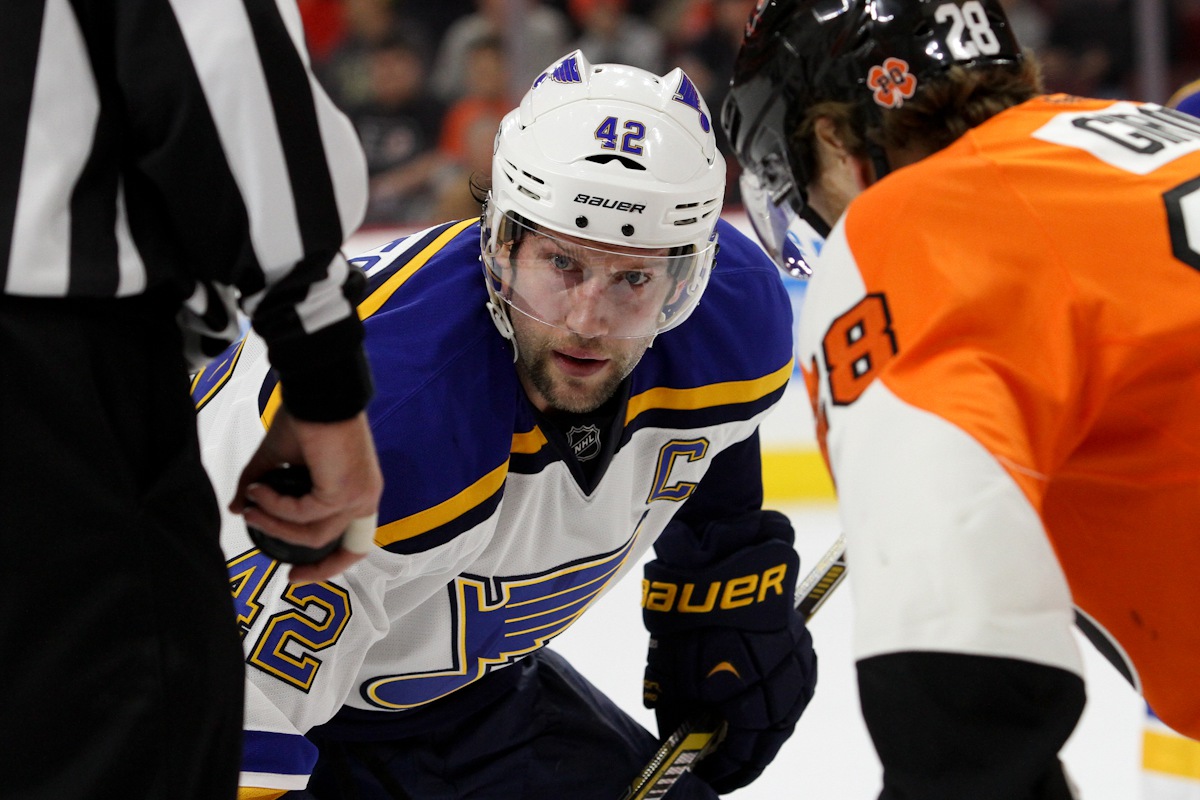 Bruins Do Not Need “Moore” Of The Same

Without question, the biggest offseason signing that the Boston Bruins have made thus far has been David Backes. After spending his entire career with the St. Louis Blues, Backes will be taking the next step in his career by joining the Bruins and producing at his usual, high-caliber rate.

He knows how to play responsibly in the defensive zone, he is versatile, and he packs a powerful offensive punch. In many ways, Backes is the consummate Bruin.

Among all of the minor acquisitions that were made in the B’s front office, one key signing got lost in that shuffle.

Earlier this week, the Bruins announced that they had signed Dominic Moore to a one-year, one-way deal worth $900,000. Moore, 36, spent the past three seasons with the New York Rangers. In 2015-16, he skated in 80 games, registering six goals and nine assists, while also contributing one goal in five postseason contests.

To go along with those less-than-stellar numbers, Moore’s career highlight came during the 2013-14 season when he was named the recipient of the Bill Masterson Memorial Trophy, given to the player who “best exemplifies the qualities of perseverance, sportsmanship, and dedication to hockey.”

The 6’2”, 192 lbs. forward is a true professional both on and off the ice, and he has ties to the area; Moore graduated from Harvard University, where he ranks 11th in school history with 147 points. With that being said, this signing makes little sense for a plethora of reasons.

First off, as previously mentioned, he is 36 years old. The Bruins seem to have difficulty making up their mind in regards to fully committing to the youth movement. They need to make the transition and inject some younger talent onto the roster. The players will be able to develop at the NHL level, which is the best and most effective way to keep pace with the rest of the league.

Secondly, Moore is a center. This is the one position on the team where the Bruins can say that they have significant depth. The original thought was that maybe Backes could move to right wing since he has experience playing both positions. However, that was all but nullified earlier in the week. B’s CEO Charlie Jacobs publicly acknowledged that Backes would be the third-line center for this team and that the depth the Bruins have at that position ranks right up there at the top of the Eastern Conference.

If that statement is accurate, where does that leave Ryan Spooner? Will he be the one converted to right wing (his off-wing position, nonetheless) once the season starts? He did have some success in that role last season. If this move warranted a justification, playing Backes and Spooner on the same line could work. In theory, you have the offensive-minded youngster in Spooner paired with the savvy defensive veteran in Backes. With both men fully capable of winning face-offs and contributing on the power play, that could make for a very dangerous third line.

This should not be the first option. This should not even be a discussion. Unfortunately, it has become a debating point due to Moore’s presence on the roster.

Also, Moore signed a one-way deal, which means that will remain with the Bruins and cannot be assigned to Providence after training camp. Assuming that he does not get cut, he will get ice time on the fourth line. That might leave Noel Acciari as the odd-man-out, and that would be devastating because Acciari had a solid presence as the fourth-line center last season. He should be the one to continue to get minutes and develop into a legitimate NHL player. Moore might indirectly hinder his progress.

In a season where the Bruins absolutely need to make the playoffs, this signing does not make a lot of sense. The team needs to put the puck in the net and the younger guys will be able to accomplish that on a regular basis. Maybe this was a move of desperation, but it is no secret that B’s head coach Claude Julien salivates over players like Moore. This is not an indictment on Julien because he has had success in the past, but there comes a point in time where a change in style can go a long way.

Moore is going to further convolute the situation that the Bruins have at the center position. Unless Boston has another move up its sleeve, this might be considered a small step backwards. We cannot be subjected to the same old habits of this team and the Bruins cannot afford to miss the playoffs for a third-straight season.

Something has to give. We will see how it all unfolds as training camp approaches.