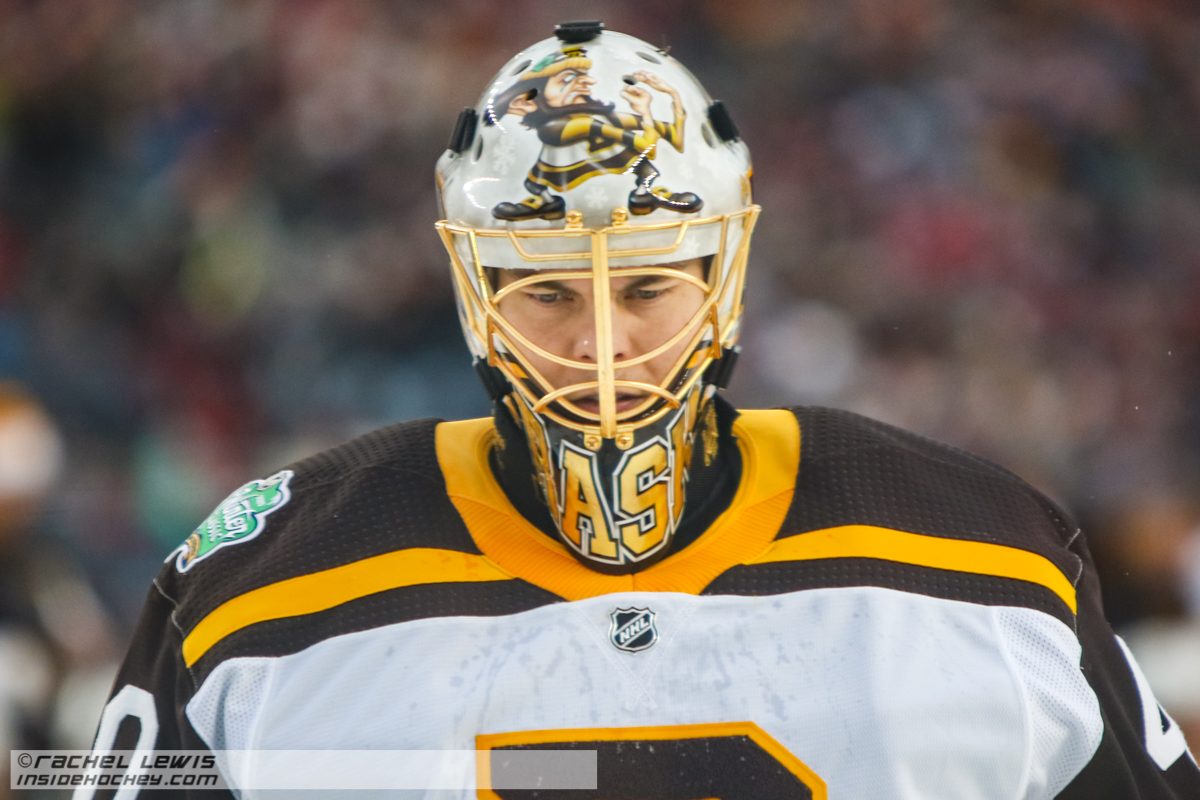 Even though the All-Star Weekend marks the unofficial midway point of the season around the National Hockey League, the true halfway mark comes after a team has played 41 games and turns the calendar to January.

For the Boston Bruins, the progress reports are in. The results? Satisfactory.

That might actually be an understatement. The Bruins are bringing the effort every single night they take the ice despite the lack of manpower. Although they have had some brain cramps over the last couple weeks in random outings, they have handled the opponents that they should be handling as they continue to climb the standings.

After coming off a huge divisional game this past Saturday night against the Buffalo Sabres, the B’s were back on TD Garden ice this past Tuesday for a clash with the Minnesota Wild. Boston is about to enter a stretch where a lot of non-divisional teams are on the slate, particularly from the Western Conference.

Tuukka Rask (11-8-2, 2.55 GAA, .917 SV%) opposed Alex Stalock (5-3-0, 2.59 GAA, .903 SV%) in the goaltending matchup. These goalies have had two completely different seasons. Rask is producing solid numbers and quality starts because he has been splitting time with Jaroslav Halak. Stalock, on the other hand, has started just seven games with three relief appearances this year. The routine amount of work and the numbers speaks for themselves.

Speaking of numbers, the Bruins were looking to extend their winning streak to five games heading into Tuesday night. For the Wild, they had won their last four road games prior to puck drop, including a 1-0 shutout of the Montreal Canadiens on Monday night.

In the first period, the Bruins clearly stuck to a game plan which consisted of taking shot after shot on a goalie that had not started in a month. Anything that came across the blue line seemed to be fair game for a quality scoring chance. The Bruins also did a solid job of keeping the puck pinned in the Minnesota zone and racking up the time of possession. Danton Heinen got the scoring going when he deflected a shot from John Moore past Stalock. Brad Marchand and Jake DeBrusk followed suit later in the period when they each scored off crazy puck bounces to put the Bruins up 3-0.

Everything was going right for the B’s early on. The penalty killing unit was in full shutdown mode as well. The second period continued to be a struggle for the Wild. There was nothing but tired legs out on the ice for Minnesota, and the Bruins skated circles around the opposition. That really showed when Patrice Bergeron netted his 14th goal of the season while on the power play.

In the third period, things slowed down significantly. Both teams appeared to be just going through the motions in order to let the time expire. When it did, the Bruins emerged victorious by a final score of 4-0. Rask finished the night with 24 saves. A well-rounded effort from every player donning the Black and Gold.

The Bruins will conclude their four-game homestand this coming Thursday night when they play host to the Washington Capitals.

Side Notes: Charlie McAvoy is still listed as day-to-day with a lower body injury…Joakim Nordstrom will be out of action for approximately three weeks with a fibula fracture…The Bruins concluded Tuesday night with 54 points and are challenging the Toronto Maple Leafs for second place in the Atlantic Division…Matt Grzelcyk recently skated in his 100th career NHL game…Steven Kampfer has been a healthy scratch for the past six games…Boston swept the season series last season against the Minnesota Wild with Tuukka Rask earning the victory in both games.