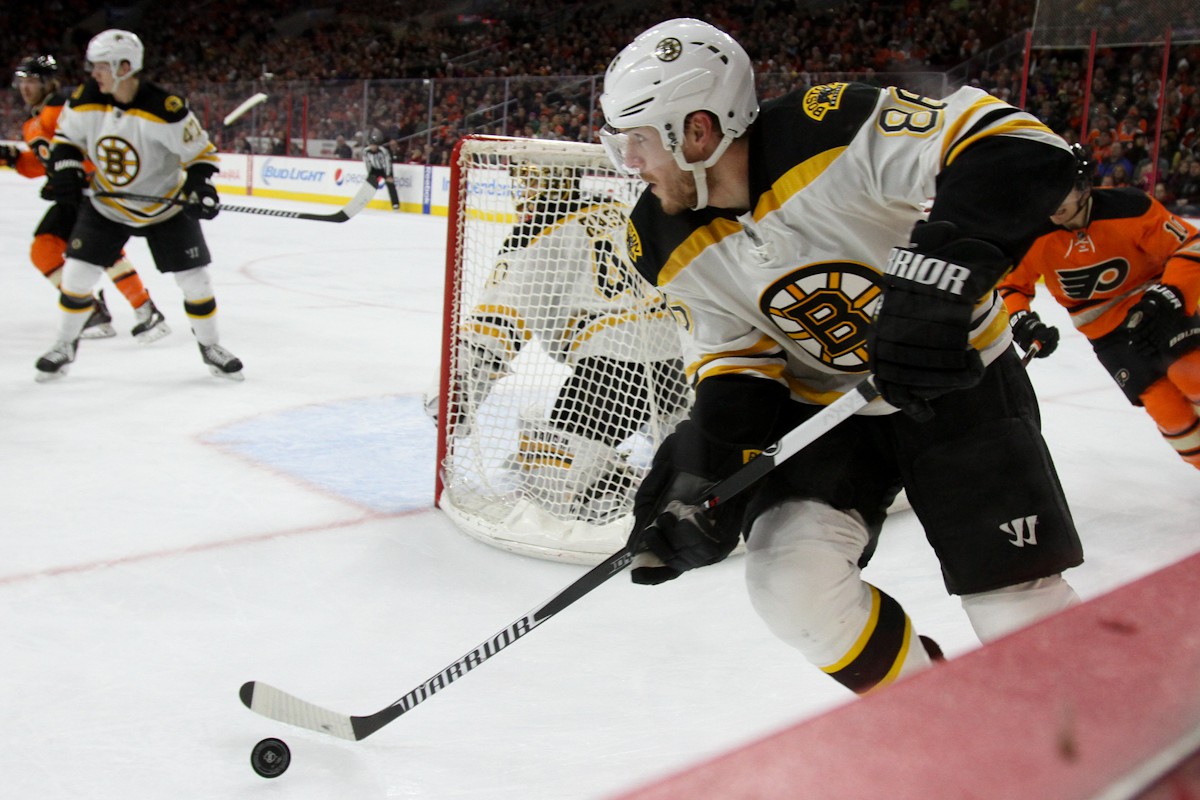 The Boston Bruins have kicked off their 2015-2016 season right where they left off at the end of last April.

And that does not bode well.

Last season the Bruins completed their regular season schedule with Zdeno Chara and Dougie Hamilton shelved. It’s more of the same, with Hamilton now donning a Calgary Flames sweater and Chara injured. Dennis Seidenberg also remains sidelined with a pre season back injury. In their place are youngsters such as Colin Miller and Matt Irwin.

Irwin has struggled about as much as the young defenseman possibly could. He’s become a bit of a scapegoat for fans, there is obviously a much larger problem, but Irwin has not helped his cause. In the first game of the season against the Winnipeg Jets Irwin turned the puck over in his own zone to lead the Jets to a goal. He’s been out of place more than once on the ice. Irwin was placed on waivers before this morning’s practice.

Miller didn’t play bad. The fast skating D-man was acquired from the Los Angeles Kings for Milan Lucic and might have a future on the blueline. In fact, when Chara does return before Seidenberg, Miller should be the defenseman that stays in the lineup.

Some of these issues are just the cost of injuries. Last season the Kings faced a similar situation and they were coming off of a Stanley Cup victory.

Zach Trotman was scratched in last night’s loss against the Montreal Canadiens in favor of Miller. Trotman saw plenty of ice time last season while Hamilton was injured, and he played just as dreadful then as he did against the Jets.

Joe Morrow, though he has shown potential as a puck moving defenseman, has turned the puck over in his own zone more than once. One time it led to a goal against in the Winnipeg game. Against the Canadiens, he struggled on the power play along with Kevan Miller to leave David Desharnais alone in front of goaltender Tuukka Rask for an easy goal.

The situation with the forwards is slightly better, but just slightly. The top line of David Krejci, David Pastrnak, and Matt Beleskey has potential to be dynamic. Pastrnak already looks like a player ready to bust out after his rookie campaign, and Beleskey has already shown a willingness to crash the net that the Bruins have lacked over the years.

The second line is also solid. Patrice Bergeron, Brad Marchand, and Loui Eriksson are all defensively responsible forwards with the ability to put the puck in the net.

Just like the defense, however, the depth tapers off rather quickly. Ryan Spooner is yet to find the same energy and offensive touch that he finished with last season. Brett Connolly is still rebounding from a broken wrist. Jimmy Hayes has been nonexistent on the ice

Zac Rinaldo and Max Talbot are both gritty players and Chris Kelly is terrific defensively, but that line scares zero opponents. The veteran lineup, if anything, prevents young players from getting an opportunity to get looks for the team as they try to rebuild their roster.

It may be too early to call this a lost season just two games into the schedule. But is it too soon to call it a rebuilding season?

Hamilton and Lucic are gone with no noticeable replacements at the NHL level. The team lost a top four defenseman and did not make a counter move, trading for signing a free agent to replace him. Beleskey is arguably a replacement for Lucic, but the Bruins needed more offensive depth even with Lucic in the lineup. Hayes comes in for Reilly Smith who has already scored two goals with the Florida Panthers.

Things are only going to get worse before they get better for this Bruins team. 2015-2016 is a rebuilding season. Hamilton was traded for draft picks. Any time a top talent is traded like that with no replacement, that’s what the situation is.

Let’s call a spade a spade. The Bruins are rebuilding, and as soon as fans accept that, the less heartbreak they will have to face.