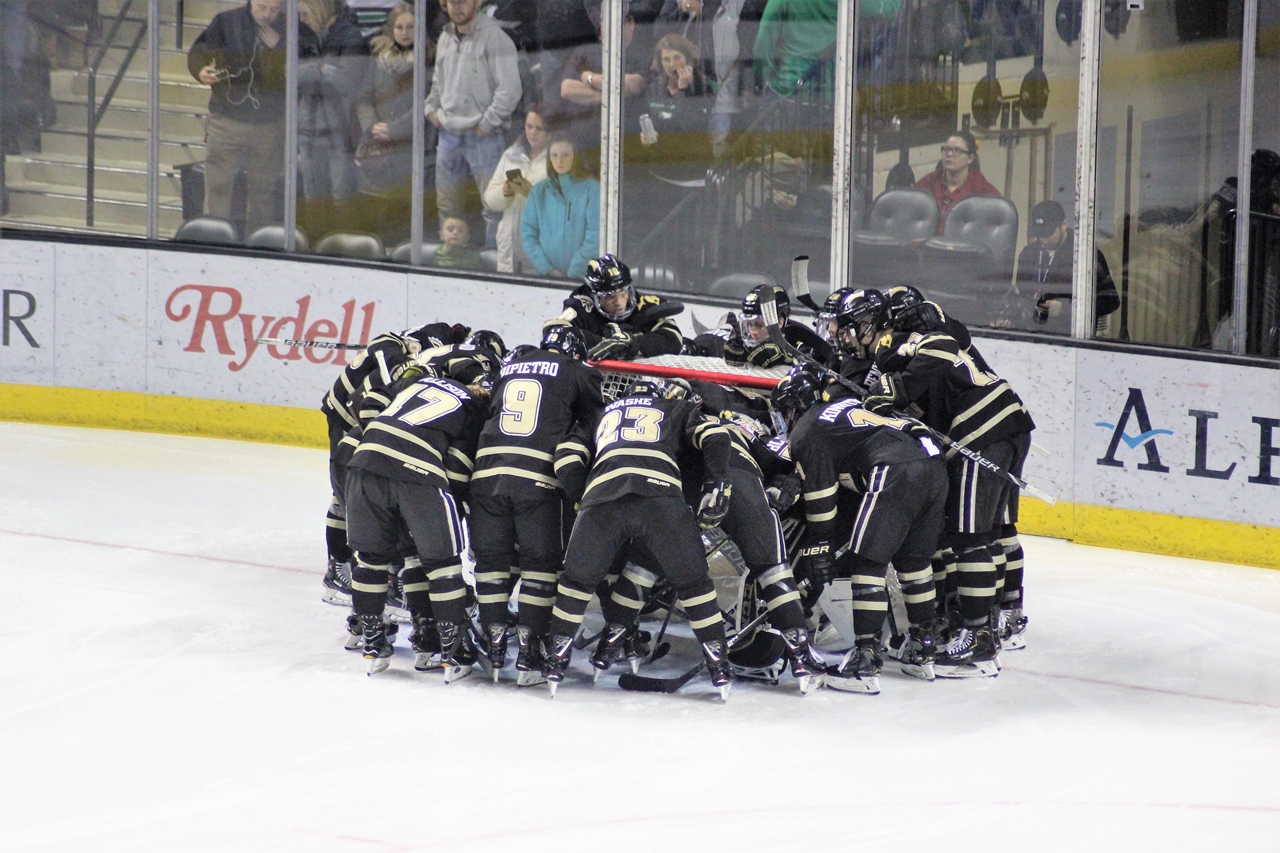 Western Michigan thoroughly dominated the first period. They won the shots 15-2, kept UConn off the puck, and opened the scoring. Colt Conrad tracked a loose puck down and pulled a perfectly executed 360 spin and fire to Cam Lee for a laser. Shotrly before the midpoint of the frame, Josh Passolt got open space and let go a wrister from the slot to stake WMU to a 2-0 lead. The Broncos drew a number of penalties and forced UConn into a five-on-three penalty kill situation. Adam Huska and the UConn defense held and sent the game into intermission down only 2-0.

Western again had the jump in the second period. Only 3:03 into the frame, Jared Kucharek whipped a shot on net and Austin Rueschhoff tipped it down for his 6th goal of the year. UConn tipped the scales in his favor for much of the remainder of the frame. They outshot the Broncos 12-11 and got on the board when Luke Bafia took a tripping minor. Evan Wisocky took a shot from the slot and Karl El-Mir tipped the puck down through Bronco goalie Trevor Gorsuch. The Huskies trailed only 3-1 at the break.

The boys from Kalamazoo exploded off the third period’s blocks and breezed to a close out performance over UConn. Luke Bafia atoned for his penalty that UConn used to score by driving up the left boards and sneaking a shot through Adam Huska for a 4-1 lead. Near the mid-point of the frame, Jamie Rome and Ethen Frank drove the puck on a two-on-one to seal UConn’s fate. Rome feathered a pass towards the net and Frank potted his sixth goal of the season to end the scoring at 5-1 in Western Michigan’s favor.

Adam Huska faced 41 shots and stopped 36 of them, his eighth 30+ save performance this season. UConn drops to 6-12-1 on the year. They will play the consolation game at T-Mobile Arena against the St. Lawrence Saints. Puck drops at 5 pm PT.

Western’s five goal performance was their eight time scoring five or more this season. Trevor Gorsuch faced 23 shots and saved 22 of them. The only concern was that Wade Allison, who missed the first eight games of the year and 10 of the first 11 took a hard hit in the corner and was attended to by trainers. He did get up under his own power and finish the game.

Andy Murray’s squad imrpoves to 10-6-1, their third consecutive season of double digit wins. The Broncos advance to the Ice Vegas Championship game and will face the Air Force Falcons in a rematch of the 2017 NCAA Hockey Tournament. Puck drops at T-Mobile Arena at 8:30 pm PT.