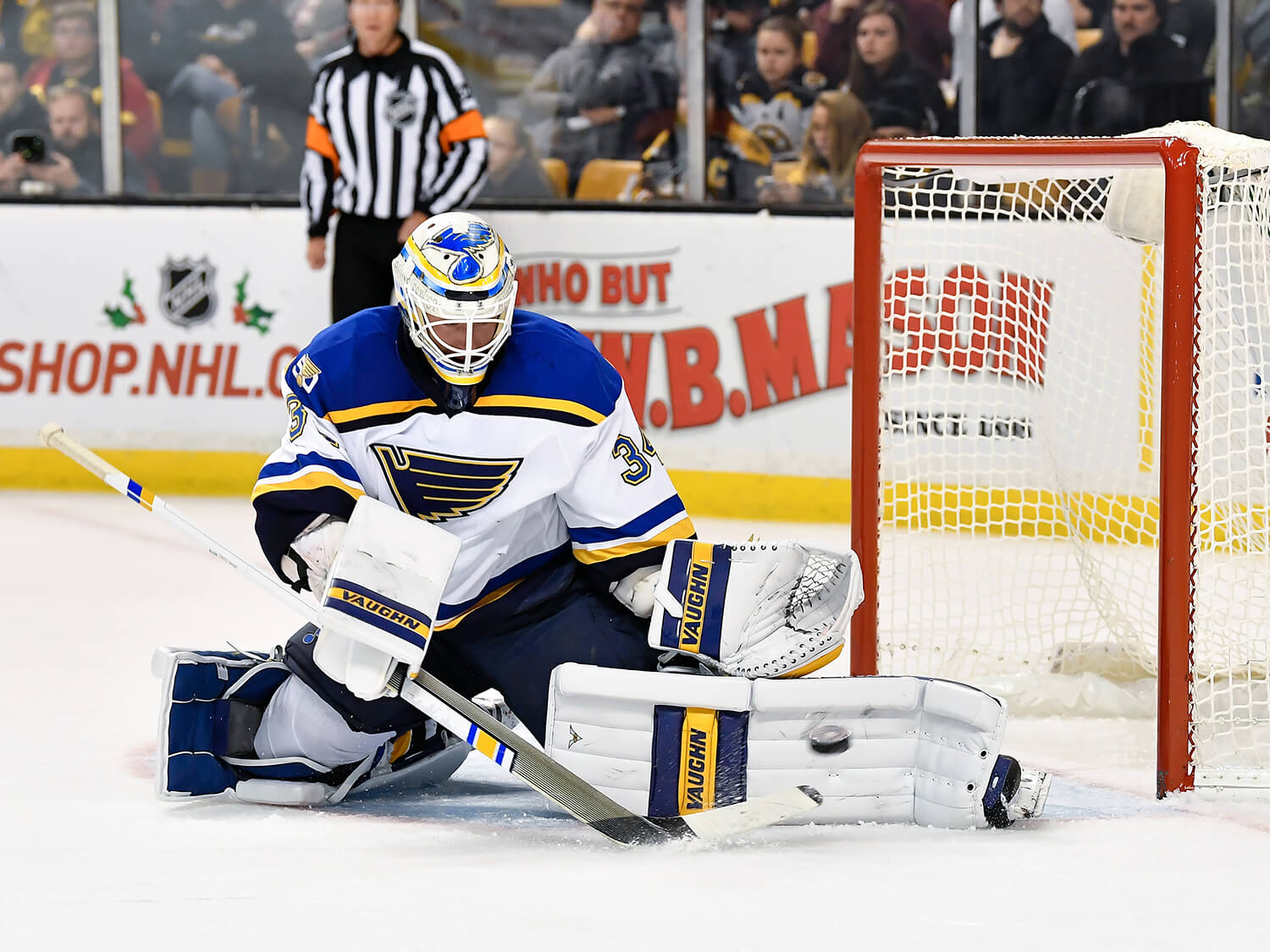 Blues Edge Devils on the Road, 4-1

On a night in which the Prudential Center was hosting its annual Star Wars Night, it was the 20-year-old Blues Jedi springing into action as the Blues downed the Devils 4-1 on the road.

Second-year NHLer Robby Fabbri netted two goals in the victory, while linemate Vladimir Tarasenko had another day at the office–three assists and 8 shots on goal to lead all skaters. Meanwhile in the crease, Jake Allen improved to 4-0-0 in his career versus New Jersey, allowing only his fourth goal in as many starts to the team.

The Blues opened the scoring thanks to Fabbri 1:50 into the game as he would net his second-straight multi-point game. Brad Hunt, making his Blues debut after being recalled on Thursday, picked up the primary assists. With points in 7 of his last 12, Fabbri was a point of discussion surrounding the high-skilled St. Louis offense.

Oddly enough though, the second period tack to make it 2-0 came from an unlikely source. At 5:15 of the second period, Ryan Reaves beat New Jersey’s Keith Kinkaid after deflecting a point shot from Alex Pietrangelo to double the lead.

The Devils would respond just over a minute later. P.A. Parenteau, who entered Friday without a goal in over a month, cashed in for a rare puck passed Allen to cut the lead in half.

The marker by New Jersey slowly started building momentum, but after taking back-to-back penalties in the second to put St. Louis on a five-on-three power play for 1:19 the air slowly began to release from the building, culminating in a tipped shot by Jaden Schwartz to return the two-goal lead.

For New Jersey, Friday’s loss is the team’s first regulation loss at home this season. They like the Blues, have struggled to translate home success to the road. Through 12 tries, they’ve won just four times away from the Scottrade Center.

What was the difference versus the Devils?

“We played the game we’re capable of,” St. Louis head coach Ken Hitchcock said. “Everybody dug in and played the same way. The harder we check as a team, the more we score. I thought our guys really bought into it.”

Friday’s victory follows a tough loss one night earlier in Brooklyn against the Islanders.

“I thought we played five and a half really good periods on this road trip and only  got two points, so that part was a little concerning. We were really on the program in New York and kind of left it for 10 minutes or so in the third period. Today we were on it for the full 60 which is a good sign.”

One player on it from start to finish was the team’s netminder, who stopped 20 of 21 shots and doing so on back-to-back starts.

“Quick turnaround, wanted to bounce back and put in a great effort,” Allen said. “I thought it was a really good road game.”

Part of that effort was the team’s defensive structure, which held the Devils to just four shots in the third period.

“That just goes to show responsibilities that guys took into their own hands and kept the game simple.”

As solid as the defensive game was for the Blues, there was also something to be said of its offense which saw its leading-scorer in Tarasenko register three points to propel him to an over point-per-game player on the season. Meanwhile Fabbri’s display might be a look into the future of a dynamic offense.

“I’m just trying to do my part to fit in,” Fabbri said following Friday’s two-goal outing.

His effort though was not lost on the coach.

“This is the best (Fabbri’s) played for us since he’s come up here,” Hitchcock said.

Reaves, who entered the night without a goal on the season was elated to finally find the back of the net.

“It’s a huge monkey off the back,” he said. “Our line has been playing well, but we just couldn’t get any bounces.”

The goal in many ways might be a reward for his line alongside Kyle Brodziak and Scottie Upshall, who the coach praised for their physicality and effectiveness.

“That line’s effective, they’re hard to play against and when they’re physical like they are right now it’s a good sign.”

The Blues will have a quick turnaround versus a pair of division foes at Minnesota on Sunday and Nashville on Tuesday before returning home to host the Devils on Thursday.

For the Devils, the second-straight loss on back-to-back nights is frustrating as the team has taken a step back after a nice start to the season. They’ll face a good challenge on Sunday versus the rival-Rangers at Madison Square Garden, if ever there was an opportunity to gain some momentum…

Keith Kinkaid stopped 28 of 32 shots en route to his second loss on the season.

The Devils allowed three or more goals for the 10th time in their last 11 games, going 3-6-2 in that span with just one regulation win.

The Devils’ power play went 0-3 on the night while they allowed a 5 on 3 goal as part of their 2-for-3 night on the kill.

Pavel Zacha missed his third game with a facial laceration. According to John Hynes, he will not be available for Sunday’s game.